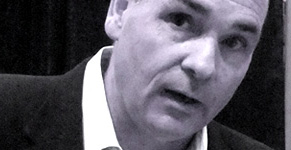 LISTEN TO THIS SPACING RADIO PODCAST

George Smitherman loves to walk. Earlier this week, in fact, he walked along Eglinton — all the way across Toronto.

I caught up with him yesterday in Leaside, and we walked and talked until just west of Victoria Park. I asked how Smitherman’s vision for Toronto applied to walkability, and what he as mayor would do to improve walking conditions in suburban communities.

Smitherman, however, does not see walking as an issue-in-itself. Integration is his buzzword, and as such, he thinks of walking primarily as a means to connect people to “higher-order” forms of transit. “The walkability’s got to get you somewhere,” he says.

He sees the individual health benefits of walking, but has yet to investigate how walkability initiatives can impact people’s abilities to better traverse their own neighbourhoods.