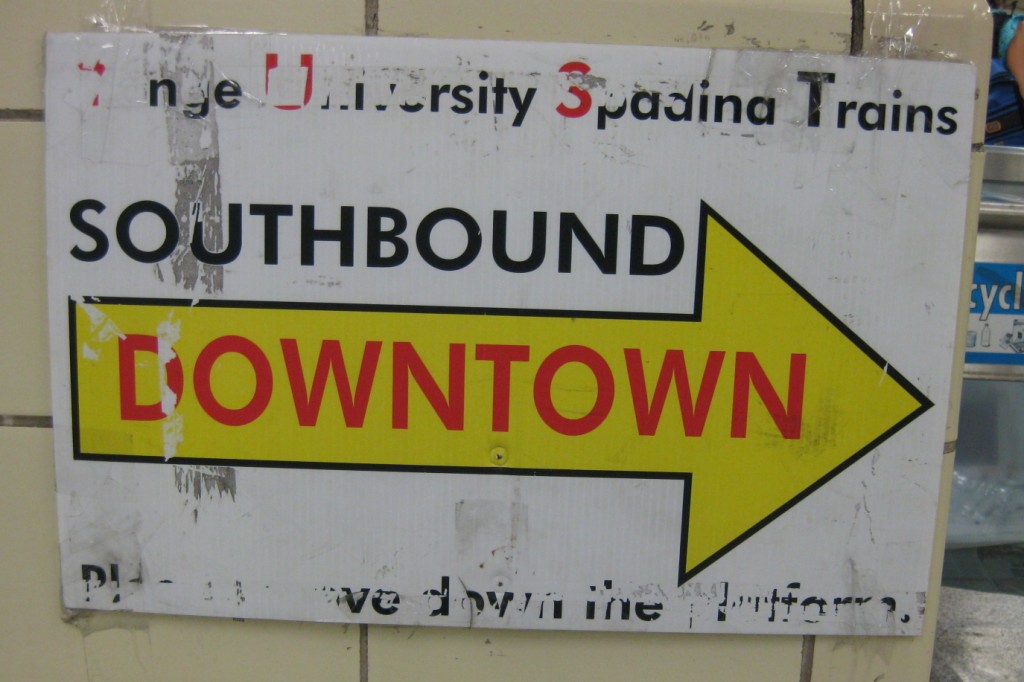 Any visitor to Toronto, or first time subway user will know just how difficult it is to navigate the city’s underground. Although there may only be four lines to ride and 69 stations to choose from, the system presents itself as a much more complex challenge than it actually is. The reason behind the confusion is simple: signage. Despite the iconic and clear mid-fifties subway font that Torontonians have grown to love, known unofficially as “Toronto Subway” font, years of renovations and new station additions have eroded the effectiveness of the overall signage strategy into an antiquated mess.

Throughout the system, there is a lack of large route maps that identify not only where you are in the system, but also where you are in the city and what amenities are accessible. The few poster-size route maps that do exist at each station are often mounted in inconvenient locations, such as the bottom busy staircases, where it is difficult to stop and get oriented. In some cases, where people have clearly complained about a lack of signage, there are handwritten signs by TTC employees or temporary makeshift signs.

Additional confusion exists on the TTC platforms, where there are directional signs that tell you the next station stop, direction of travel, and the final station stop, providing little information for those not familiar with the city. LCD arrival screens, launched by the TTC in 2008, show train arrival time in the bottom right-hand corner of the screen. Although the LCD arrival screens are much better than the 8 ½ x 11 time schedules that are still present in some stations, the arrival time is displayed in a font size too small to be read from some parts of the platform or by anyone with vision impairment. 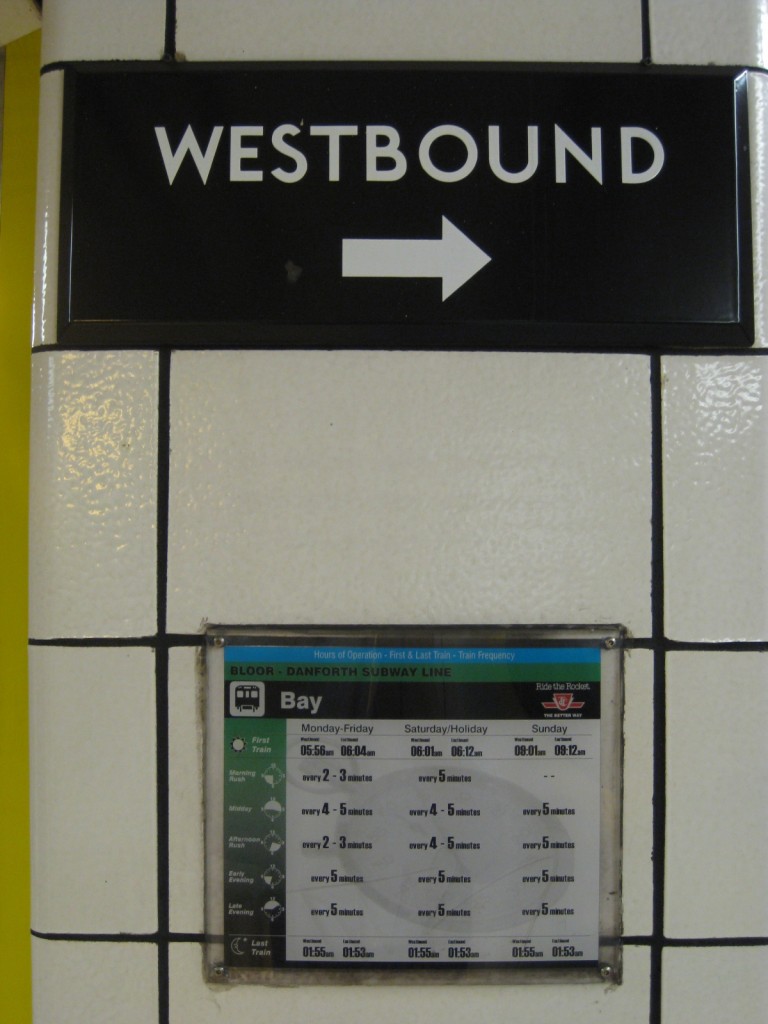 The arrival screens also don’t provide you with a route map to decipher where you’re headed, and the screen is shared with a ton of other information including: advertisements, news headlines, five-day weather forecast, and wind speed. All of which take away from the purpose of the arrival screens. The old fashioned flip signs, a throwback to the days when the TTC was running two lines on each route, are perpetually stuck in their final position and can add to the confusion. 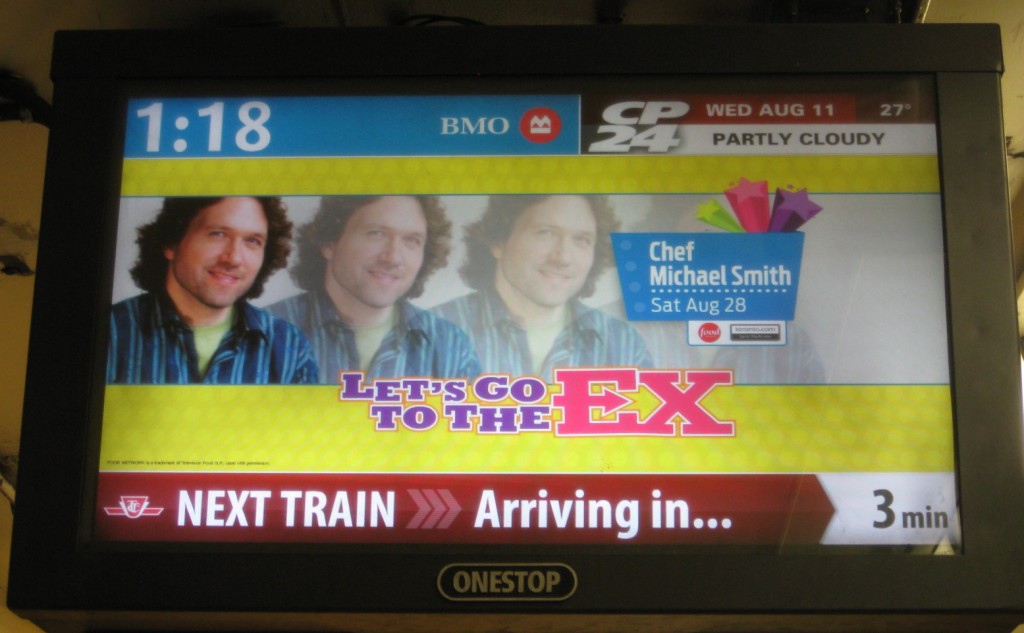 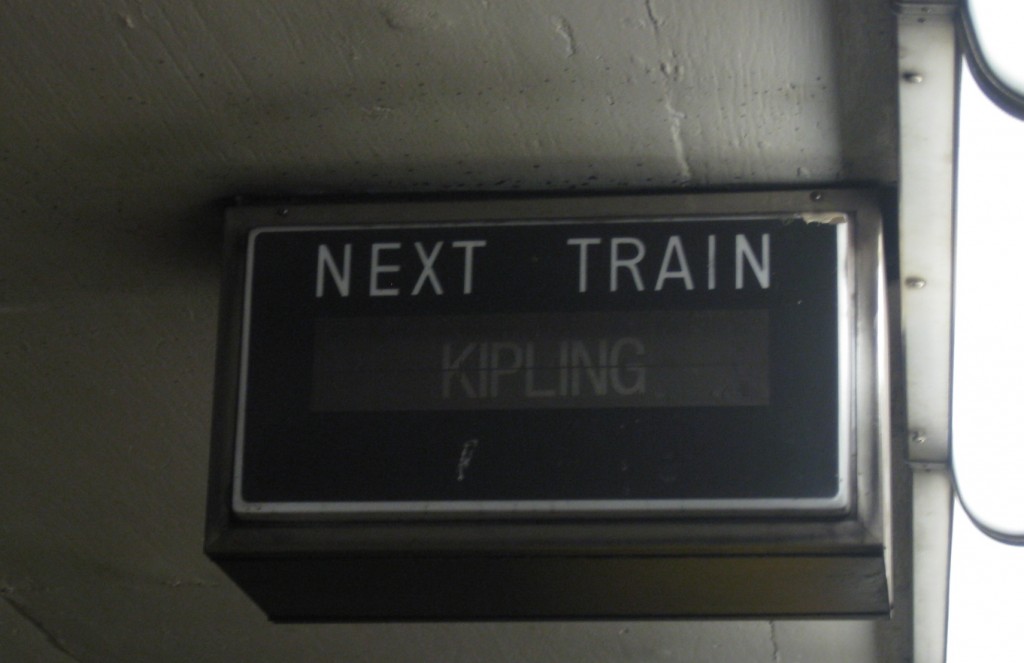 Sometimes, simple is better. A few photos shown below display the type of arrival signs and signage used other cities. Directional subway signage in Stockholm not only shows which station you’re at, the direction you’re heading, but also what amenities are available at each stop. If you look closely in the lower part of the frame, you’ll see that only the direction of travel is coloured and the other segments of the line are grayed-out so there is no confusion which way you’re headed. A similar technique of graying-out the non-travel segments of the line is used in Vienna. A TTC route map displaying a single subway line and surface connections, created by Spacing’s Matt Blackett, provides an example of simplified signage that could be implemented in Toronto. 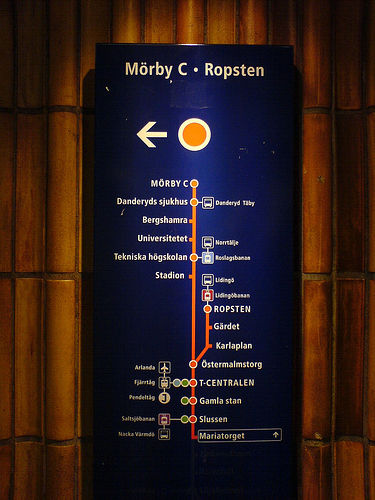 The TTC recognized the signage problem in the early 90s, and brought on British-born graphic designer Paul Arthur to tackle the issue. Arthur came with up with a fresh new signage scheme, which included: simplified and easily readable route maps, pictographs for station identification, numbering the subway lines as opposed to the traditional Yonge-University-Spadina and Bloor-Danforth naming, and including straplines on the upper portion of the station walls which were either green or yellow depending on which line you were traveling. 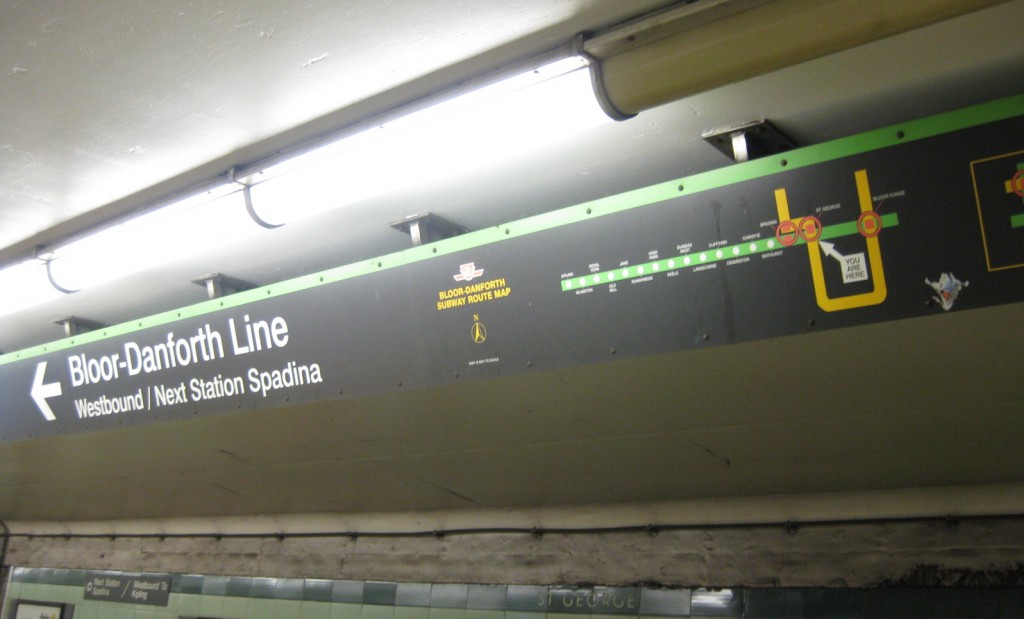 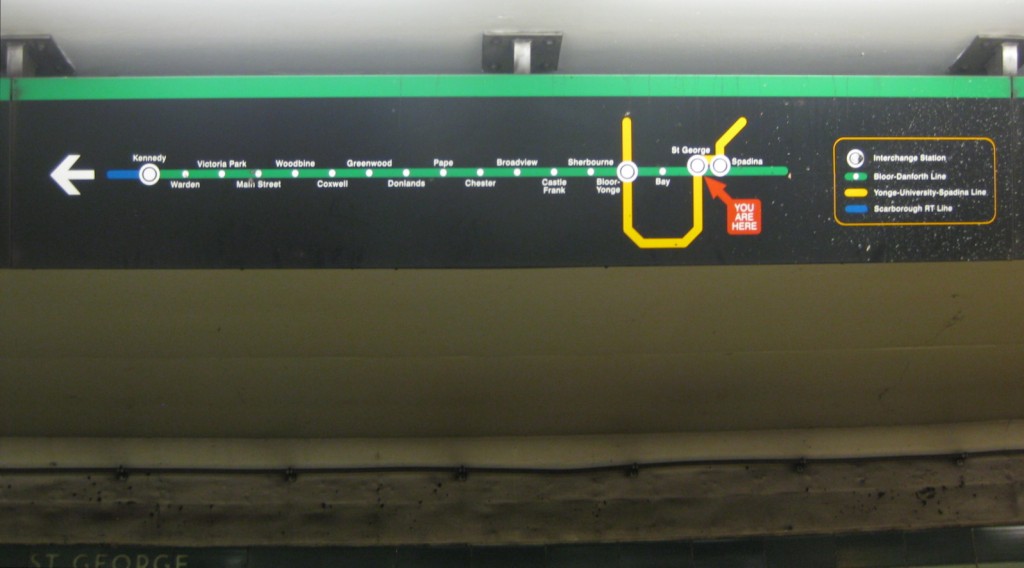 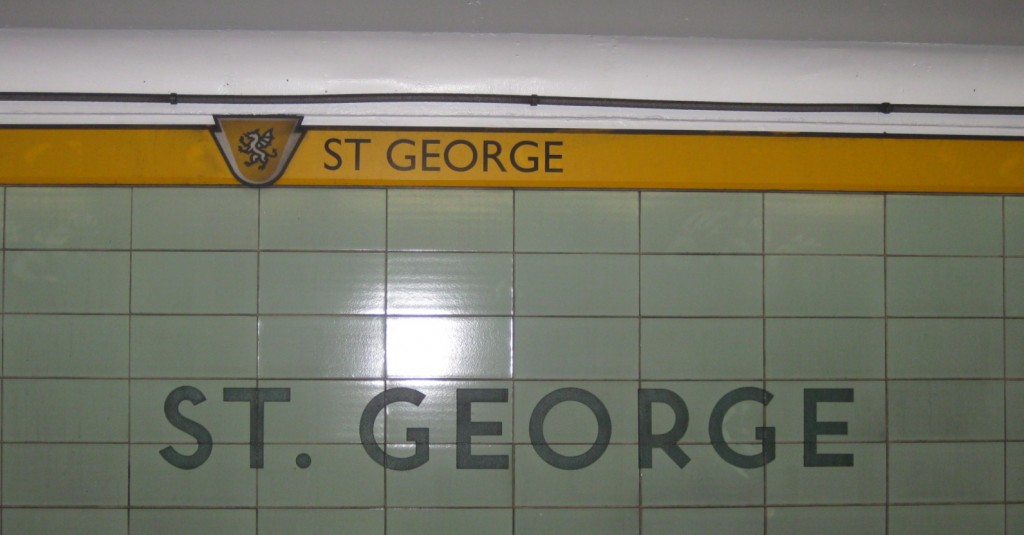 Have you ever had difficulties navigating the TTC due to improper signage? Do you think the TTC should invest in retrofitting the system’s signage or is the money better spent elsewhere?