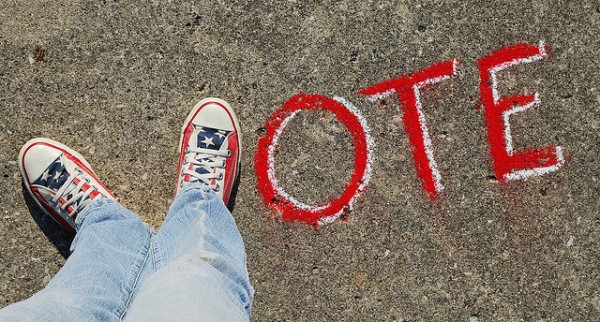 Here we go, the last weekend before the election on Monday. And it’s all up in the air, so to speak. Two frontrunners and trailing Joe, alone in his vision for Toronto. Here’s the round-up of what Spacing Votes has been talking about for the past week. (Oh, and we’ll see you at the polls on Monday, right?)

• The TTC is an undeniable service that most Torontonians use, some quotidianly. And it’s the future of the TTC that Sandy Wu investigates, gleaning the highlights/lowlights from each of the candidate’s transit platforms. All holding onto separate notions for how the TTC should be run, each candidate clearly offers their priorities — if it be Transit City (Pantalone), more subways, less streetcars (Ford), or extended subway lines (Smitherman). In fact, the candidate’s transit platforms are strong barometers for their holistic platforms. A nice indicator, if you will.

• As we have highlighted before, this election has turned somewhat meta. Introspection has turned on the newsgathers — that would be the media — and how they bolstered the support of essentially five frontrunners from Day 1. But as newsrooms shrink and news dissemination grows, how are topics like mayoral races affected? Who gets the headlines and why? What and who is deemed most newsworthy in a race of dozens of candidates? And the deeper, more introspective question: Does the media even affect the electorate’s ultimate choice? Spacing’s Nabeel Ahmed investigates during a time when blogs are growing and newspaper readership numbers are heading south.

• What would Toronto look like with Rob Ford in the big seat? Shawn Micallef doesn’t care to know. With a showing decline in voter turnout over the past years and no truly Obama-inspiring characters in the race, this year’s turnout could aid the declining stats. In the 2006 race, there was a puny 41% turnout. Unimpressive isn’t a strong enough word. Inspired by Sarah Silverman’s “Great Schlep” in the 2008 U.S. presidential race, Micallef is calling for Toronto’s own Great Schlep. You onboard? Let’s show-up Calgary.

• Although the mayor does make up one seat in a council of 45, many muse that the winner does only hold so much power. That the mayor needs the support of council to usher in their plans for, say, Transit City or slashing Transit City. But as Spacing’s Matthew Blackett opines, the mayor does indeed hold a lot of power. That we shouldn’t delude ourselves here, especially with the mayor’s clout with the Toronto Police Department, classified information and, well, let’s not kid ourselves, how our city is represented to other cities.

• And one more time: We’ll see you at the polls on Monday. If you need information on where to vote or to register, please go here. Continue to follow Spacing Votes up till Monday, where we will have full updates on the final moments of the race.