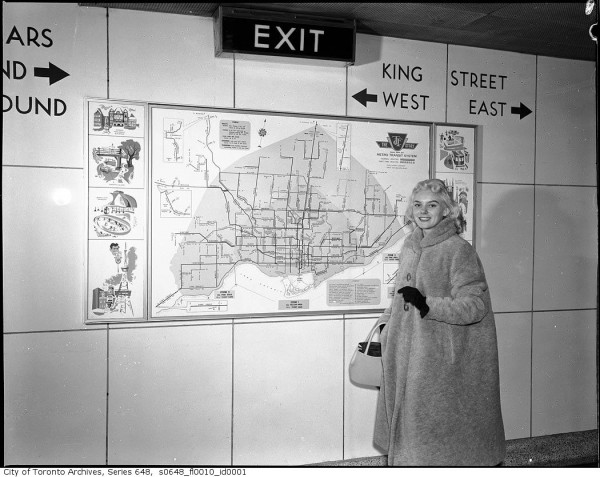 EDITOR: It’s circa 1973. Fictitious Bert Xanadu is the Mayor of Toronto and owner of the Imperial Six cinemas on Yonge Street. Mayor Xanadu has been governing from his twitter account over the last two years and now a regular series of posts straight out of 1973 and into Toronto comedic political fray.

The people of Toronto have told me that they wish to leave their houses and move about the city – who am I to say no?!!
The dim bulbs, shiftless jerks and unshaven con men who purport to have plans for improving transit in this city have failed to ask the most fundamental question of all: why does Toronto need transit at all?

Be assured, I have asked – and can now answer – that question.

Torontonians have told me they need transit – effective, fragrant, cheap and sexy – mainly for the following reasons:

So what’s the real problem?

It’s that we have more than enough transit – but to solve only one need:  to get people to and from their hellish places of employment.  Hundreds of thousands of other non-productive citizens are greedily crowding the fume-filled buses and crabby streetcars, the eccentric trolleys and slippery subway platforms, the windswept bus stops and stalled escalators, making the short brutish lives of Toronto’s salary slaves even worse than they already are.

What we really need are new forms of transit that serve the under-served and transport the easily distracted.

We can do this not by building new subway lines, but by calling on the ingenuity of our nation’s finest engineers, psychiatrists and P.R. men to design and build a veritable network — or indeed, an actual network! — of comfortable propulsion devices, each made to suit but a fraction of the populace’s moving urges.

Whilst the greasy lobbyists, humourless bureaucrats and political toadies spend months haggling, seducing and annoying each other to develop such plans, I am boldly stepping forward today to table my 1974 plan.  I like to call it ‘Transportainment City’.  You can call it what you want — and you can call me what you want — but don’t forget who dreamed it up while you are coasting comfortably on the Wychwood Park Golf Cart Circle Line with local egghead Marshall McLuhan as your driver!

Let’s start with the high school truants.  Reeking of cheap cigarellos and stale ale, their dungarees and floor-mop hairdos offensive to the eyes and to all that is civilized, these teenaged bums should be isolated as they traverse the Queen City, hooting and hollering merely to impress each other for some cheap psychological gain.  So my TeenQuest Line – a fleet of open-backed pick-up trucks (each painted with currently popular symbols of ersatz masculine posturing, such as ‘Wolfman Jack’, or Woody Woodpecker chomping on a cigar) — will cruise up and down Yonge St. from Front to Steeles, 24 hours a day, carrying these louts, and louts only, on their aimless drives to social oblivion (transfers accepted).

Then there is the sub-constituency of those simply wish to be somewhere other than where they currently are, if only for a few hours, without arousing suspicion.  Lake-worthy ferries of the new Alibi Cruise Line will depart each morn at 8:30 am from docks at the base of the Scarborough Bluffs, and drift aimlessly all day, pointed generally towards the middle of Lake Ontario, arriving promptly back by 5pm. Each passenger will be presented with a bogus TTC paper transfer of their choice.

Next up: there are those who are in no particular hurry to complete their measly tasks – why would we enlist powerful and expensive bus and train engines to transport these uncomplicated and unburdened little grey people? A 20-mile gently humming system of moving sidewalks, the Horizontoronto Line, moving at a contemplative 1 mile per hour, will criss-cross the city, offering a gentle breeze of forward movement to its users, while keeping them out of the way of the purposeful. No need to stand on the right – no one’s walking past you anyway!

Cities need a vibrant downtown and an adjacent bland region of dormitory suburbs – the sizzling bacon and cold eggs of urban planning.  Since hundreds of thousands of Etobicockettes, Willowdaleans, Scarboroughriders and other Metro Toronto outliers escape their flat monocultures during daylight hours to snake their way to soulless jobs in business district office towers, an opportunity presents itself.  The new Exurbia Triple-Decker Bus Line will carry deeply-bored downtowners through the unnecessarily curvy suburban streets, allowing them gaze down on, and sneer at, the vast garages, strange sidewalk-less thoroughfares and antiseptic lawns that they themselves will never personally trod upon.

Toronto, still statistically the beigest of the British Empire’s great cities, has been enlivened in recent years by new burly immigrants from more exotic and rustic shores, e.g.  Nova Scotia, Wales, New Zealand and the Kara-Kirghiz Autonomous Oblast — all leading bastions of equestrian culture.  So when these uncouth but mighty workers arrive, why force them into the unfamiliar and trying inferno known as the Toronto subway system?  Instead, my new Horseflesh For Hire Conveyance Service will offer up the idle but cheerful horses of the Toronto Police Dept. — hay and saddle included for an extra TTC token! — to those who wish to gallop about, the intoxicating stink of freedom propelling them forward, according to their own schedule!

And what about, you might ask, the steaming waste products generated by these noble steeds each day on the streets of Toronto? It’s genius – we’ll use the municipal manure to help fill in the vacant subway tunnels to nowhere!!

If I asked for a show of hands right now, the horizon would be clouded with arms thrusting upward in response to this question: who is sick of the snot-nosed and peculiar brats who inveigle their spineless parents to ride the TTC simply to enrage the rest of us?   I thought so.

So, with the generous 25-year sponsorship of local retail giants Sayvettes and Aikenhead’s Hardware, we will be unleashing the floats of the Santa Claus Parade every day of the year!  Undisciplined tykes can clamber on board the giant Bakelite facsimile of Canadian icon Raymond Burr, or the H.R. Pufnstuf-Mobile, made out of actual puff ‘n stuff, and ride up and down University Avenue until they wet their pants.

Speaking of bodily fluids and transit, that brings me to vomit, or rather, to the topic of vomit.  We spend $457,000 each year on Javex to wash away the thousands of gallons of the bile freely-shared by after-hours drunks riding the infamous Yonge St. Vomit Comet.  Enough, I say.

Starting immediately, that service is cancelled in favour of a candlelight walking excursion, offered nightly after the subway closes, through the quiet tunnels of the Yonge TTC line.  The drunk, the hammered, the footless and the woozy will find safe haven, a direct route northward to their angry spouses, and the gentle admonishments of a Salvation Army guide.  Trust me – if you’ve vomited once on the third rail, you won’t do it again!