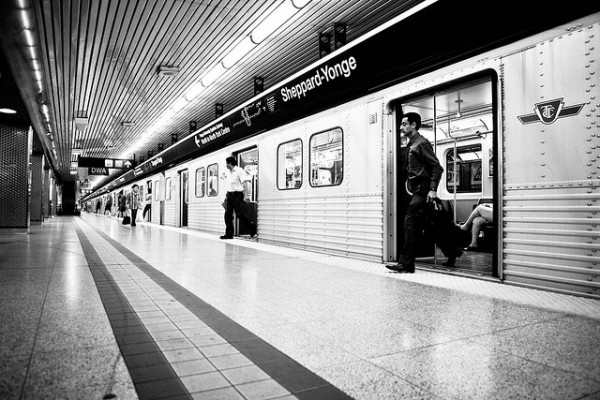 Mayor Ford’s obsession with the Sheppard subway may have inadvertently broken open the political conundrum of sustained long-term funding for transit infrastructure in the GTA and Hamilton.

It’s easy to forget that the $8.4 billion for new transit infrastructure that Toronto’s mayor and council are currently fighting over is intended to be just a downpayment. In Metrolinx’s “The Big Move” plan, these funds are merely there to kick-start a much bigger, GTA-wide system of new transit lines that will be funded by the region itself.

Metrolinx is supposed to come up with a plan for this funding by 2013, to the tune of at least $2 billion a year (yes, there is that much transit that needs building). There’s no doubt this plan will have to involve significantly increased revenue generation — that is, taxes and fees — and the prospect of releasing such plans to the public has been a cause of considerable apprehension, to say the least, in political and expert circles. The plan’s deadline was, in fact, delayed to 2013 so that it wouldn’t be an issue in the provincial election.

Last year, the CivicAction group (previously known as the Toronto City Summit Alliance) released a study detailing potential revenue generation tools for transit (PDF) (disclosure: I was a member of the working group). There were quite a few options, but the major ones were two or more of: parking levies, highway tolls, a regional sales tax, and a regional gas tax. At the large workshop convened to discuss this study, which included transit experts, businesspeople, activists and politicians, one of the key questions asked was how to get the public onside. While there was general agreement that the new revenue was necessary, no-one could really articulate a solution for getting public support. It seemed like an insurmountable hurdle.

Certainly, no-one suggested electing a rabidly pro-car mayor and then backing him into a corner where he had to find a way to pay for an impractical subway. But it turns out that might in fact be the solution.

Last week, Mayor Ford wrote an op-ed in The Globe and Mail in which he suggested a parking levy for Toronto to pay for his subway. While the amount he suggested is nowhere near sufficient, as Christopher Hume notes in the Toronto Star and John Lorinc pointed out on this blog the fact that the most pro-car politician in the city has said that a fee on parking to pay for transit is thinkable effectively breaks the logjam. Politicians can now talk publicly about raising taxes and fees to pay for new transit, where a few weeks ago that was a no-go area for most of them. It’s no longer a question of if we do it, but how (i.e. which revenue sources we use, and how we spend it).

Road tolls seem to be out of the question, but that’s not a problem – they more expensive and complicated to set up, and at the moment Metrolinx could only set them up on highways, creating the complication of pushing traffic to local roads. A comprehensive parking levy in many ways captures the same thing, people’s car travel — people have to park at their destination — but applies across the region and all travel routes. And while gas taxes already capture at least some of the cost of using roads, as Donald Shoup famously pointed out in “The High Cost of Free Parking” (PDF of the original article) a lot of public parking outside the downtown is still vastly underpriced for the valuable urban space it takes up.

The upshot is, now that its strongest potential opponents are themselves talking about what revenue tools to use to pay for new transit infrastructure, it will be a lot easier for Metrolinx to propose a viable revenue plan next year. Of course, if we do start raising revenue, a under-used subway on Sheppard is probably not the best way to spend it. But that’s another discussion.