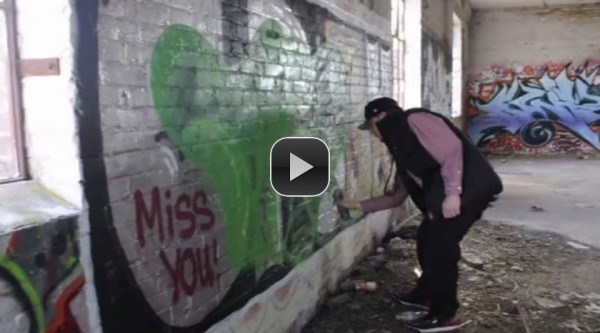 The Toronto based installation, Graffiti BoxMen project, was created with the intent to comment on the role of graffiti art in the urban environment. The project calls for individuals to place their own artistically painted people that are designed out of boxes within the city. As a direct output of the war on graffiti in Toronto, the Boxmen project aims to be a demonstration for supporters of graffiti who often remain faceless because of the illegal nature of the art. The BoxMen represent physical people who support graffiti as art and the artist themselves.

In the third part of our series, videographer Emily Halberstadt heads into Kensington Market. As on of the more popular graffiti neighbourhoods in Toronto, Kensington Market has developed a community that celebrates the graffiti in the area. Halberstadt believes graffiti to be a form of art that can change a city in the most positive way possible by imparting the messages of hope, freedom and love.

If you would like to learn more about the Graffiti BoxMen project visit graffitiboxmen.com for more information

More posts by My City Lives