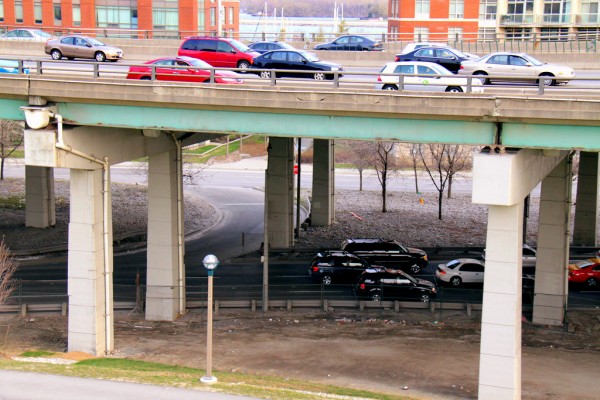 The truth has now come out, albeit grudgingly.

We have just learned via a Freedom of Information request by the Toronto Star that notwithstanding months of misleading reassurances to the effect that the “falling concrete” problem was superficial, nearly half of the elevated portion of the Gardiner Expressway is becoming structurally unstable and those entire portions will have to be fully rebuilt.

City staff has now asked for $505 million to rip the elevated structure down to the steel girder frame with potentially huge implications for movement in the downtown over many years. The fact that this crucial information was withheld — even from the councillors supposedly in charge of managing this operation — is in itself damning. It suggests a situation so serious that people simply found it too hot to handle and did not know how to face up to consequences.

Now that the facts are known, this deterioration of the Gardiner now poses an acute dilemma for the City. It comes a time when our city (like all cities in North America) is struggling to make the unavoidable shift from over-dependence on the private automobile to a more sustainable range of mobility options. And even if we wanted to, it is not clear, or even feasible, to keep up the Gardiner indefinitely in its present form, without incurring a financial burden and years of disruption far greater than is being reluctantly conceded. Worse still, even if that total reconstruction were done step by painful step, it would likely soak up a huge part of the scarce funds that might be put to making the shift with little or no net gain in improved mobility.

This problem merits a thoughtful consideration of options, even radical ones that challenge conventional wisdom, such as planning for a take down. While we have approached this option gingerly many times in the past in Toronto, we were never quite ready to make the leap; these new revelations may have altered the equation. The paradox is that just as we are starting to get out of our cars, we are also facing the need to renew, replace, or remove aging mid-20th century transportation and highway infrastructure, which has reached the end of its life cycle. The most dramatic examples of this aging infrastructure are the deteriorating concrete and steel elevated expressways like the Gardiner that have been exposed to intensive use and, in northern cities, to road salting, for about 60 years.

This is where the opportunity arises.

At a certain point, the cost and difficulty of maintaining or in our case entirely rebuilding these structures raises the question of whether it makes sense to keep them. Rather than replacement, the decaying infrastructure can be modified or altered to become one that favours more environmentally sound means of getting around harmonizes with a more productive city form.

Decisions like this are never easy to make. They involve major costs, dislocations of traffic and population, and logistical challenges, to say nothing of having to summon the necessary political will. But they are decisions worth making. The cost of replacing these aging structures, when added to the opportunity to gain access to all the lands they occupy or sterilize by their presence, will in the long run usually outweigh the costs and pain of making the change. Numerous cities have reached this conclusion, and they’ve engaged in elevated highway takedowns. 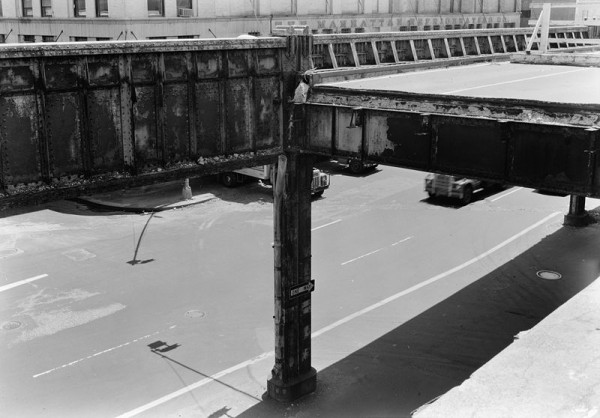 Most famous, perhaps, is the extraordinary Big Dig in Boston. But there are other examples: the West Side Highway in New York and the Embarcadero Freeway in San Francisco both literally collapsed, one due to its deteriorating structure and the latter due to an earthquake. Neither was replaced. To these we can add the Central Freeway, San Francisco; Fort Washington Way in Cincinnati; a portion of our own Gardiner Expressway in Toronto; the Alaskan Way Viaduct in Seattle; Harbor Drive in Portland, Oregon; and the Cheonggyecheon Highway in Seoul, South Korea. With now over a hundred examples of such highway removal or downsizing, transportation researchers have generally found not only that the affected areas improved and prospered but also that the redistribution of traffic onto other facilities and transit has worked when the alternatives have been well planned in advance and well managed.

Two of the examples — New York and San Francisco — are particularly instructive for Toronto at this juncture because the decisions were made in response to a crisis that focused on the hard choices.

On December 15, 1973, a section of the northbound lanes of the New York’s West Side Highway in Lower Manhattan collapsed under the weight of a dump truck carrying over 30 tons of asphalt. The next day, both directions of the highway were indefinitely closed. Prior to that in 1971, the City’s Urban Development Corporation had proposed an elaborate plan to bring the highway up to Interstate standards by routing it along the ends of the then mostly abandoned piers on the Hudson River. This plan was revised and renamed “Westway” in 1974, calling for burying the highway in new landfill south of 40th Street. The plan was hotly contested and by 1985, New York City officially gave up on the project, allocating 60% of its interstate highway funds to mass transit and setting aside $811 million for the “West Side Highway Replacement Project” which is a surface artery with bike lanes and a linear park using the abandoned piers. Together with the northern Henry Hudson Parkway, this surface route creates a landscaped boulevard along the Hudson River from the northern tip to the southern tip of Manhattan. And the city has somehow survived and prospered.

In San Francisco, a 1986 plan to tear down the Embarcadero Freeway was defeated after opponents argued that removing the freeway would cause gridlock. But then, in 1989, the Loma Prieta earthquake damaged the Embarcadero Freeway and other freeways in the Bay Area reopening the debate about whether to remove or repair this freeway. This time, the gridlock argument was ineffective since the Embarcadero Freeway had to be closed after the earthquake and by the time the city made its decision on the freeway, traffic had adjusted to new conditions. By 1991, after the removal of the freeway, real estate values in adjacent neighborhoods had gone up up by 300%. Since then entire new neighbourhoods oriented to the waterfront have been built and are thriving in areas that had been hard to develop when the freeway helped form a barrier that isolated the waterfront. The readjustment was challenging but no one would now argue that the decision should not have been made.

There are surely a range of solutions including possible hybrids for the Gardiner’s replacement. But the guiding criterion for choosing a direction should be that it leads to a more sustainable balance of mobility options.

Suggestions are already emerging about future Gardiner repairs, but most pressing is how can the City begin to pay for it. Should there be a form of congestion pricing? Where would the revenues go? If all were directed to just rebuilding and maintaining the existing Gardiner, we will have made no progress. It is important at this critical juncture not to react in panic or to go on automatic pilot. This could be the crisis that really precipitates a serious discussion on the future of movement in our city. It is too valuable to waste. It should not be treated as an isolated problem but a building block to a more sustainable future for Toronto.