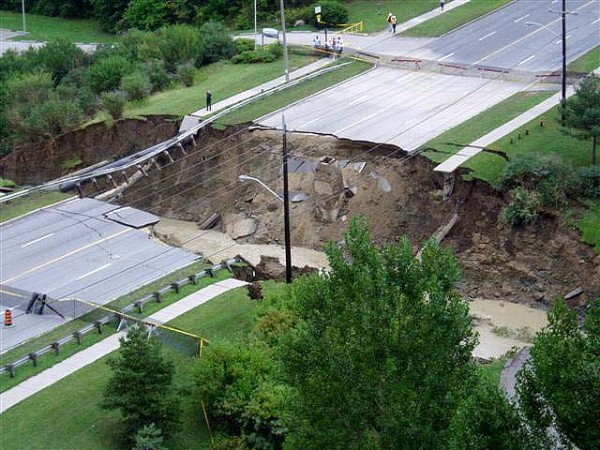 The second installment of the Chief Planner Roundtable series centered on building a “Resilient City” capable of coping with change, not just in the face of warmer and increasingly unpredictable climate, but also in response to a diverse, aging, and mobile populace that lives in an ever-fluctuating economy. Keeping to the format of the previous roundtable, six speakers had five minutes each to present their idea of a resilient city before launching into a discussion between a group of twelve. Participants in this roundtable included Ted Kesik, professor of building science at the University of Toronto, architect Jack Diamond of Diamond and Schmitt Architects, and former Toronto mayor David Crombie.

In what is becoming something of a theme during these panels, the broad consensus is that there lots of interesting initiatives going on across the city, but Toronto is simply not planning proactively to deal with long-term city-wide issues. The “Two Kings” reinvestment area plans at King and Spadina and King and Parliament, for example, relaxed regulations to encourage the adaptive reuse of old industrial buildings while bringing jobs and residents downtown, yet most of the city is still under strict zoning and building codes. The tower renewal project is making older high-rises more energy efficient, but the City is not doing much to encourage (or mandate) innovative design in new development that will give rise to more efficient and adaptable buildings and neighbourhoods.

A lack of higher-level planning stands in stark relief to just how centralized many of the systems upon which urban life depends actually are — whether food distribution, water, sewage or electricity — and how quickly they could break down during a prolonged disruption. That may bring into question what municipal government can do about issues extending well beyond its borders, but many of the answers, from urban agriculture to “smart” power grids to green building design, involve decentralization and building in redundancy, which can be influenced at the local level.

The issue then becomes one of bringing local solutions to the attention of City Council and staff, something both Keesmaat and several of the City councillors present said doesn’t happen often enough as they spend so much time bogged down with day-to-day business. Credit is certainly due to Keesmaat and her staff, who are making the time to have these conversations on top of their regular responsibilities, but as Mr. Crombie argued, the best way to get – and keep – something on the political agenda is to painstakingly build constituencies across the city who demand these problems be addressed. In the end, it’s up to Torontonians to figure out how to build a resilient city.

As a reminder, another Chief Planner Roundtable on the “Next Generation Suburb” is scheduled for Tuesday, April 2nd from 9 a.m. to noon in Committee Room 2 at Toronto City Hall.