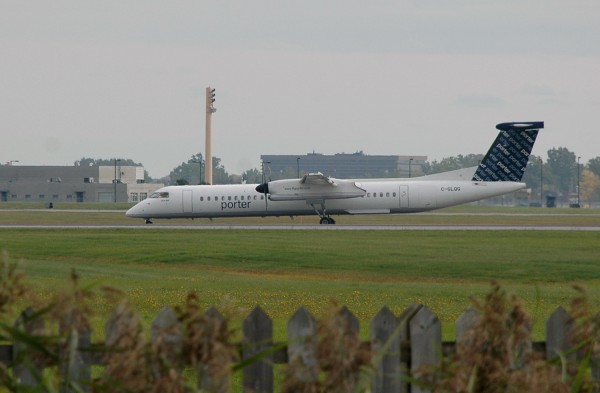 In his first substantive move as council’s pilot-in-chief, deputy mayor Norm Kelly last week engineered a two-month deferral of the island airport jets proposal, which teed up much griping from the No Jets crowd but also a long-overdue offer late Friday by the Toronto Port Authority (TPA) to engage with the City on a full review of Robert Deluce’s gambit to expand Porter’s service.

The City, it appears, may finally have the TPA in a corner, and it would be a shame if city council didn’t take full advantage of its improved bargaining position.

The key point, from where I sit, is that this issue should not be treated as a simple thumbs-up/thumbs-down decision on the prospect of introducing jets to Billy Bishop Toronto City Airport (BBTCA).

Quite apart from the endless back-and-forth over noise, pollution and the economic role of the airport, there are formidable planning issues to be addressed with the current operation, and the debate over the jets has opened that door.

And the first step involves getting past the regulatory denial that is written directly into the City’s official plan.

As noted in the clear-eyed Urban Strategies study that accompanies the City’s staff report, Toronto’s Official Plan designates the airport as parkland, presumably as a hedge against the possibility that the Tripartite Agreement will not be renewed in 2033. The study correctly, in my view, predicts that we’re not going to put this airplane back in the hangar; the island airport has been operating continuously since the late 1930s, and it is difficult to envision the conditions that would cause the current commercial uses to flag so drastically that 18 years from now we’ll be ready to turn the whole area back into a wetland.

But that official park designation — plus lingering local opposition to the airport and the TPA’s juvenile brinksmanship — has prevented the City from systematically tackling the urban planning and transportation problems that now plague Eireann Quay and the approaches from Queen’s Quay, Bathurst and Lakeshore. Urban Strategies recommends that Council amend the OP to reflect the reality of the permanent airport — a point significantly downplayed in the staff report to the executive committee. The staff report does, however, say the City and the TPA need to put their institutional heads together and develop a master plan for the BBTCA and its environs, as is done with most other airports.

So at the risk of inviting abuse on the comment string of this post, perhaps we can all thank Robert Deluce for forcing the City to think more practically — not about red herring issues such as noise and condo resale values, but rather about resolving the worsening traffic nightmares on the streets leading to the dock.

There’s little debate about the impact of the cars and taxis streaming onto the Quay: the adjacent parks are fenced off and inaccessible. The traffic and air quality risks to pedestrians and children attending the waterfront school are grave. In particular, the noise and emissions from the traffic, combined with the existing airport operation, negatively affect the students, as Toronto Public Health’s Health Impact Assessment study concluded.

The City’s consultants estimate that traffic on the Quay could jump by 20% if Council decides to re-open the Tripartite Agreement and permit jets. But they also point out that the current peak period passenger/hour counts are still only half of the maximum allowable traffic without jets (1730, compared to 2,470 with jets). And there’s good reason to think that under the BBTCA’s current operations, the traffic will eventually reach those thresholds.

The City’s transportation consultants laid out several scenarios for dealing with the congestion, from short-term measures ranging from relatively inexpensive fixes (short-term parking, changes in left-turn rules on Lakeshore and Queen’s Quay, etc.) to much more capital intensive solutions: the construction of a dog-leg extension of Dan Leckie Way out into the lake to provide a relief valve; new TTC shuttle bus service; and even the development of a $165 million streetcar spur/loop down to planned passenger entrance building at the foot of Eireann Quay.

The consultants also suggest either hourly passenger caps or amending to the Tripartite Agreement to include modal split thresholds. The problem with both proposals is that the City can’t unilaterally enforce the caps, and it’s not clear what would be the consequence to the TPA/BBTCA if not enough passengers were arriving by public transit to the BBTCA instead of private vehicle.

Furthermore, for reasons not clear, the consultants favour public realm improvements that strike me as unrealistic overkill: a $300 million pedestrian tunnel to the north end of Norway Park, for example, or the $60 million scheme to drive a road out into the harbour (an explicit contravention to the waterfront secondary plan). The report also summarily dismissed the streetcar extension, partly because it insists on burying the loop so passengers can disembark directly into the new tunnel. (The report adds that a streetcar spur alone wouldn’t address the peak demand.)

In my view, the City should take a much harder look at the possibility of designing a grade level streetcar and establishing frequent shuttle bus service down to the end of the Quay, with some accommodation for taxis as well as a complete ban on private vehicle access. Lastly, the City should push the TPA and the federal government to impose a per-ticket surcharge plus a revenue sharing agreement that would see the funds used to underwrite the cost of transit and public realm improvements to Eireann Quay and the immediate vicinity.

The TPA, with the backing of its patrons in Ottawa and at Porter Air, have a long history of obstructionism on the subject of the airport’s operations and its financial obligations to the City.

But perhaps we’ve reached a turning point: the very popularity of Porter’s service may well prove to be the thing that undermines its future viability. As the traffic congestion into the precinct worsens with each new seat sale and added destination (not to mention the increased convenience of the tunnel), the time-hassle premium over Pearson International diminishes – an inexorable dynamic that will escalate when the Union-Pearson air-rail link goes into service in 2015.

I suspect TPA officials well know the situation on Eireann is a wretched mess, just as they likely realize that Deluce dramatically overplayed his hand in the summer with his insistence that the City ram through the jet approvals.

In fact, I’d reckon the TPA increasingly realizes it’s going to have to play ball with the City, with or without the jet plan, if the agency hopes to protect BBTCA’s value proposition (and the associated fee revenues for its own coffers).

So as the balance of power shifts, the City’s single best negotiating tactic is to revamp the Official Plan, do nothing to improve vehicular circulation, and fashion an ambitious transit access strategy to anchor a new master plan for the airport.

The TPA will blink. (In fact, I think it already did.)