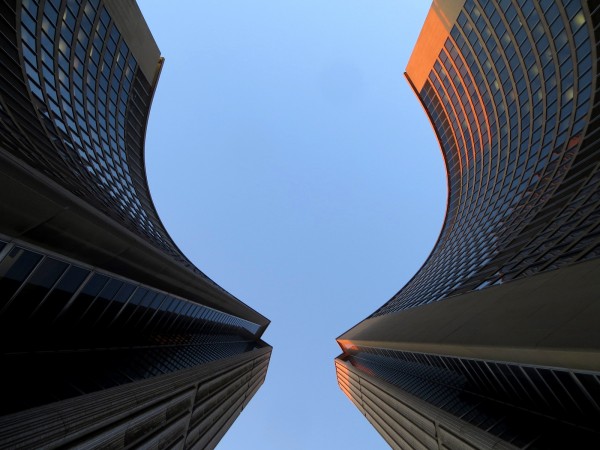 For much of the past two years, University of Toronto urban geographer Richard Florida has repeatedly asked a probing question about the political architecture of Rob Ford’s mayoralty: Why did the city’s business community remain so quiet?

A trenchant observation, but there are signs that corporate Toronto’s infuriating reticence to speak out about Ford’s agenda is abating. Last week, the Toronto Region Board of Trade, which called for Ford to take a leave of absence in November, came out of the gate with an advocacy campaign that seeks to frame the issues but leaves little doubt as to the group’s views on the mayor’s re-election bid.

Last year, states TRBOT in its campaign, “our collective frustrations with political leadership boiled over. We became embroiled in dramatics and personalities.” Hmm, whom could they be referring to?

With both municipal and provincial elections looming, the Board says the city and the region must focus on building regional transportation, promoting job creation, reducing income disparity, and “increasing fiscal capacity to upgrade civic infrastructure.”

TRBOT CEO Carol Wilding doesn’t mince words about her group’s views on the $1 billion Scarborough subway flip-flop: “Where,” she asks, “was the rigorous analysis?” What’s more, the campaign’s name – “think twice…” – is clearly a plea to her members to exercise at least a modicum of common sense when considering whether Ford deserves another chance to run roughshod over local government.

It’s interesting to note, however, that TRBOT isn’t talking this time about council’s operating budget and the so-called “structural deficit,” which formed the centerpiece of the group’s advocacy efforts in the 2010 race.

The structural deficit — meaning the widening gap between revenues and non-discretionary expenditures — is no longer a concern, says Wilding, who credits Ford with slaying that particular bogeyman. “I would say the current mayor did make that his primary objective. The structural deficit has been dealt with.”

Has it? The mayor would say both yes and no, depending on the atmospheric pressure, the win-loss record of the Miami Dolphins and other relevant data points. Bent the arc of spending the first time since the pharaohs, still lots more gravy to hoover up (“easy!”), and all that. Critics have dismissed Ford’s math as misleading.

Setting aside all the inside-baseball parsing of what Ford has and has not achieved, there’s little doubt that the mayor created — and continues to create — the small-p political conditions for extreme spending constraint, as well as widespread public aversion to almost anything that smacks of a tax hike (save and except that little matter of the three decades worth of increases for the Scarborough subway).

Ford, in effect, has successfully imposed a reverse onus on anyone who dares to suggest the City (or the region) needs to increase taxes or establish other revenue streams to achieve important city-building goals, ranging from transit infrastructure to long-term investments in water/waste-water systems.

It is not and has never been about policy. He is a useful idiot, which is why corporate Toronto tacitly backed him and declined to call him out on his recklessness (political, not personal) until the “dramatics” proved to be too, well, dramatic. It also explains why there are still a lot of voters who will likely be prepared to support him, in spite of the drug adventures, the involvement with all sorts of dodgy characters and the drinking and driving.

The narrative line — that the City is existentially guilty of over-spending, and anyone who proposes tax increases or other additional revenue sources must effectively prove the unproveable — remains well and firmly in place.

Now, consider the fourth bullet in the TRBOT’s campaign – increasing “fiscal capacity” to deal with civic infrastructure requirements. Such anodyne words, but the proposition goes right to the heart of this question of whether the City deserves more funding to do the things it needs to do (on our behalf, needless to add).

Wilding acknowledges that our debates about increasing taxes or creating new revenue tools are doused in emotionalism. She argues that voters, including business types, need to step back from the ledge and “put hard facts on the table.”

Like: do residential property taxes in the City of Toronto need to be more on par with those in the 905 in order to meet the city’s long-term financial obligations? Or should Toronto council avail itself of the powers provided under the City of Toronto Act and establish other tax streams to help underwrite the cost of repairing aging infrastructure or fortifying the city against extreme weather.

“It isn’t necessarily about what people want, but [rather] what people need.” The next mayor, Wilding adds, “is somebody who can stand out there and honestly have that discussion with people.”

The problem is that Ford, for many voters, remains the bellwether of fiscal conservatism, and anyone who dares to suggest the City’s problem is a chronic lack of financial capacity risks accusations of profligacy, current or future.

To its credit, TRBOT is attempting to carve out some political space for the more moderate conservative challengers — David Soknacki, so far, and presumably Karen Stintz and whomever else jumps in on the centre-right – to advance political and/or policy arguments on the revenue side of the ledger.

Whether the organization’s support is sufficient remains to be seen: after all, the anti-Ford challengers, for many voters, are simply guilty until proven innocent.

Earlier in the fall, Mayor Ford touted the decline in the city’s unemployment rate – from “around 11%” (actually 9.4%, as The Star noted) in 2010 to 7.7% in August, 2013 – as evidence of his pledge to get Torontonians back to work. “Another promise made, another promise kept,” he said at the time.

So how to interpret Statistics Canada’s last jobs numbers, which came out on Friday? According to the CBC, Toronto’s unemployment rate for December nosed up from 8.2% to 8.4% as part of a grim national labour report that saw 45,000 jobs eliminated for the month — a figure far higher than economists had predicted. Hamilton’s unemployment rate, it turns out, is almost two points lower than ours.