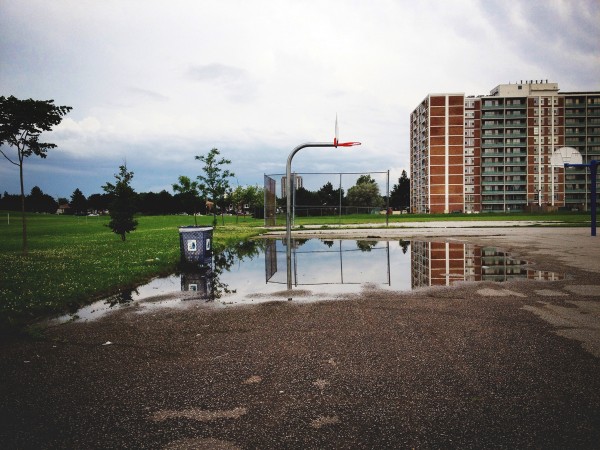 If cities had New Year’s resolutions, Toronto’s should be a poverty reduction strategy.

According to the new report on child poverty released in mid-November [PDF], Toronto is home to five of the ten wealthiest neighbourhoods in Canada, while it also leads the country in poverty rates. We’ve made no significant progress towards reducing this hidden epidemic, and we are also one of the last municipalities to develop a plan to confront the crisis.

Much more troubling is the fact that Toronto — despite its role as the economic engine of the nation, and its enviable international rankings for resilience and liveability — is home to thousands of poor children: 29% overall.

So when it comes to taking action on growing income inequality, we have the right intentions but wrong execution. We are a city of task forces and conveners of roundtables. But what are we trying to achieve?

According to the City, the goal is to end poverty through a collaborative, community-driven strategy. That seems like an ambitious plan, but it doesn’t say much. Many of the income distribution policies that can make a fundamental difference in poverty rates are not within the city’s purview.

While Toronto has the tools, talent and institutional structures to alleviate the pressures of poverty, it has no control over the macro-level economic trends. But do we have the political and economic will to shift priorities — like fixing the housing backlog at the expense of delayed road repairs — in order to improve the overall living standards? I ask because the goal of achieving and maintaining an equitable quality of life for all Torontonians comes with a cost. Therefore, what might we be willing to give up, as a city, for the whole to be successful?

Surprisingly, there’s no consensus on what constitutes as poverty, let alone how to reduce it. Given that poverty is a multifaceted social phenomenon that afflicts thousands of people who hold down multiple, low-paying jobs, I will focus on role of the non-profit sector in helping to alleviate the hardships. Is the goal to merely mitigate the challenges of poverty, or can local governments and social service agencies actually help reduce the problem?

The answer depends on whom you ask. Denise Campbell, Toronto’s director of social policy, says the city’s strategy will not solve poverty on its own. “Place-based strategies can mitigate systemic inequality at the neighbourhood level, but it could not solve it. You cannot solve systemic poverty through a place-based approach.”

Campbell is well aware of the pressures of building resident capacity in an environment of public accountability: “The challenge we face is that people want immediate measures when it takes time to strengthen neighbourhoods and create opportunity for those who live in entranced circumstances. And that doesn’t happen over one program or funding structure.”

Another dilemma is the ongoing shift from a service-based to a knowledge-based economy. We are no longer clear about the pathways to earning a decent living. Going to university will not guarantee a job, just as employment will not free individuals or families from the cycle of poverty. So what strategy is going to be impactful, giving the shifting economic trends?

If we were to think of poverty as a system, we can understand how spatial inequality and poverty traps form in Toronto, as well as the macro patterns and trends of income disparity. But what are the structural forces that contribute to this problem? How do we, individually, allow this situation to persist?

Richard de Gaetano, from Social Planning Toronto, points to a 30-year shift in government spending, which has seen the downloading of responsibility for managing social problems, like poverty, to the local realm of charity and families. As economic cycles became shorter, waves of downsizing and layoffs created social pressures, such as housing shortages and food insecurity, which were relegated to the non-profit sector. But instead of focusing on why some people are poor, De Gaetano believes we should be asking another question: “If we all had what we needed, what would it look like? That would give us more of a sense of what’s wrong.”

The third-sector’s challenges are those that society has chosen not to deal with. If it were easy to find a stable job with living wages, then we wouldn’t need service agencies to feed the hungry and house the homeless. Yumi Hotta, who used to run the now defunct Frontline Partners with Youth Network (FPYN), believes that the lack of public discourse around inequality sets non-governmental service providers up to fail. She penned a personal note on the limitations of the charity model as well as the “one-time cash injections” funding structure, which fosters a culture of uncertainty among social service organizations.

“As the gap widens,” she told me, “so does the need, which intensifies the competition amongst non-profit groups due to less money going around.” Instead, this dynamic positions the non-profit sector as a buffer that effectively maintains the status quo — filling the gaps that are constantly widening without ever addressing the root causes or challenging the political system.

Maytree president Elizabeth McIsaac believes cities need to re-think how the not-for-profit sector strengthens communities. “We have an environment with many not-for-profits, each with multiple organizational pressures that can take their energy away from being great community leaders.”

When community agencies are unable to advocate and engage in the political discussion around the systemic roots of poverty, they may find themselves caricatured as spokespersons for the so-called poverty industry. At the end of the day, an agency can help someone find a job, but they cannot keep that person employed. This is why we cannot just rely on social spending alone.

If we want to reduce poverty, we need to deal with social inequality. When the majority of unadvertised work opportunities are locked in a hidden job market that is only accessible through social connections — who you know becomes more valuable than what you know.

Social capital, the personal relationships that help you achieve set goals, is both a pathway and a hindrance to prosperity. Chances are, if you’re a single mother, newcomer, or visible minority living in the inner suburbs, your social network will not help you succeed in the labour market. Therefore, we can’t lessen inequality without talking about access to opportunity, and we can’t improve access without having a frank discussion about privilege and barrier.