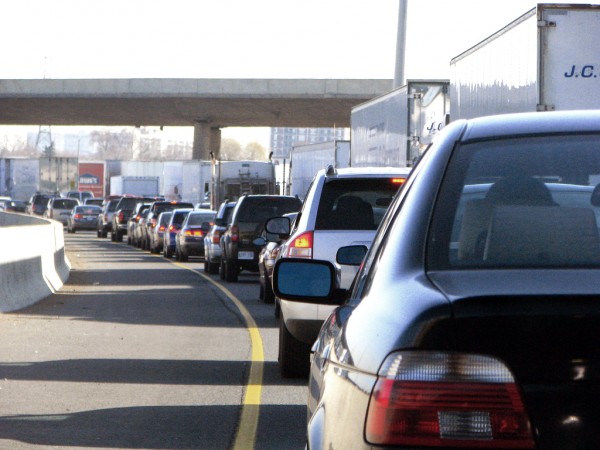 To absolutely no one’s surprise, Mayor John Tory has emerged as the kind of leader who looks both ways — all puns and double entendres intended — before he crosses the political road.

In the past few weeks, Tory has been a veritable whirling dervish of apparently sober policy consideration, establishing reviews and/or taskforces on issues ranging from affordable housing (to be led by senator and former mayor Art Eggleton), to Section 37 contributions, garbage collection outsourcing, and mental health.

On Friday afternoon, we also learned he wants council to approve further $1.65 million for studies on Smart Track, over and above the $750,000 approved before Christmas.

At this rate, he’ll eventually have to establish a panel to study all the studies.

I shouldn’t mock. Tory, throughout the campaign and since taking office, has sought to present himself as a left-brain leader who privileges reasoned policy responses over feel-good partisan gestures. At the same time, he’s also made it clear that his rational, managerial approach shouldn’t stop City officials from doing what seems right instead of what the rule book says — for example, opening warming shelters on bitterly cold nights even if the temperature hasn’t quite crossed the threshold established in the City’s procedure manuals.

What’s not yet clear, to me anyway, is whether Tory intends to push council and City officials to figure out how they will also be able to demonstrate that all the various initiatives currently in the policy oven actually deliver results.

After all, it’s one thing for the City to implement all sorts of fixes. But it seems reasonable to expect that residents, down the road, be provided with evidence demonstrating that the measures which emerge from this frenzy of policy concoction end up making the city a better place to live and work. Conversely, if some new Tory-branded policy ends up falling flat, we should know that, too.

As the accountants say, if you can’t measure it, you can’t manage it.

On this front, one of Tory’s marquis moves to date comes up oddly short. Before the Christmas break, he unveiled a much-hyped six-point plan to fight congestion: tougher enforcement, steeper fees and fines for commercial or construction vehicles blocking lanes, better timed and coordinated signals, red light cameras, traffic management teams — the whole enchilada. And true to his word, Tory rang in 2015 by ordering stepped up enforcement — a gesture that vaguely reminded me of Rob Ford’s anti-graffiti blitz in the early months of 2011. (TOry also asked the TTC to formally implement  all-door boarding on the King streetcar to speed up service.)

But if you study the traffic plan closely, it becomes apparent that it doesn’t include any way of tracking whether overall congestion in the city has actually improved over time. Indeed, transportation officials told me this week the City hasn’t established any kind of baseline flow on targeted corridors against which future traffic can be compared. It seems like a significant oversight.

Indeed, the question is, how will voters know if traffic has actually improved thanks to Tory’s six point plan? Proof by example? I hope not.

In fairness to the City’s transportation officials, the task of measuring traffic flow is notoriously difficult, and subject to all sorts of imponderables – extreme weather, random accidents, changes in built form and so on. The precipitous decline in oil prices, adds Stephen Buckley, general manager of Toronto’s Transportation Services, may also lead to more driving and thus more congestion. “This is definitely a challenge.”

According to Buckley, the City in the midst of a four-year project to re-time traffic signals on 31 congested arterials around the city, and he says a before/after report will be ready next month. The City will begin to use GPS signals on transit vehicles to determine how policy moves, such as extended peak-hour parking bans, impact service on the King and Queen streetcars.

As Buckley explained to a conference on big data and transportation management in Washington earlier this month [Download PDF], the City is also installing traffic cameras, mirroring those on the 400-series highways, at intersections across the city – the roll-out began in 2013 and will continue to 2016 – and is even experimenting with drones fitted out with cameras. 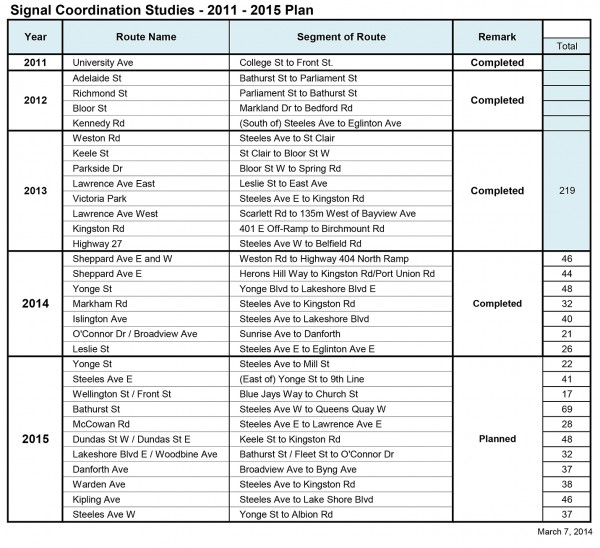 Finally, Transportation Services and a company called Brisk Synergies has put out a cycling app that aggregates user data from GPS signals to develop a map of route usage that’s meant to inform the creation of a new cycling plan for the City.

Somewhat further off are still experimental big data technologies, such as the deployment of WIFI or blue-tooth enabled sensors on streets that can suck up signals from passing vehicles in order to develop highly textured readings of what’s happening on the roads that go  beyond the kind of information delivered by the traditional “loop” counters embedded in road surfaces.

For transportation geeks, the dawn of the age of big data offers up all sorts of opportunities and applications — for example, Copenhagen’s bike counter pillars, which show daily and annual usage.

But in Toronto, it’s by no means obvious how City officials plan to distill all this new technical data into user-friendly information that is legible to the general public and offers residents a way of easily comprehending Toronto’s transportation performance as a counter-point to the distortions of personal anecdote and opportunistic rhetoric (e.g., Ford’s deeply dishonest “St. Clair disaster”).

In fact, if Tory genuinely wants to fight congestion — and I think he does — it seems to me that he’s got to push City officials to come up with some kind of dashboard that paints an integrated picture of what’s actually happening on the city’s streets, its cycling networks, and its transit system. News we can use, and which we don’t need a civil engineering degree to understand.

From where I sit, that ought to be the seventh point in Tory’s six point plan.

Come to the Spacing Store to pick up the new the issue of Spacing focused on new technologies available to cities.