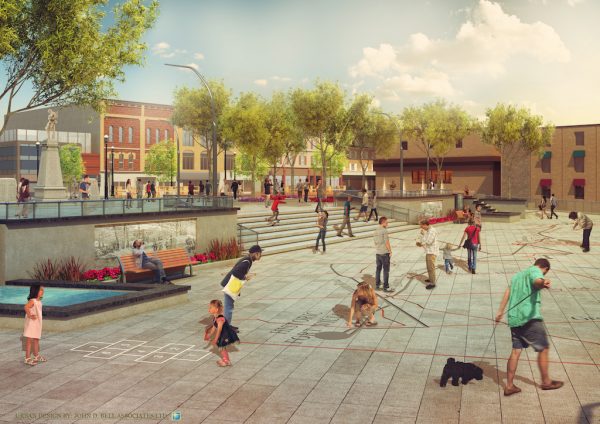 As municipalities in the Greater Golden Horseshoe shift from building sprawling single-family housing neighbourhoods to denser neighbourhoods filled with a mix of housing—including high-rise towers—we also need to shift the way we plan, design, and engage communities in parks and open spaces.

If we are going to build the “complete communities” envisioned in the Provincial Growth Plan, we’ll need to use new strategies to make sure that everyone has access to public spaces that meet various needs. This becomes even more necessary as the Province has released the proposed new Growth Plan, which includes higher intensification targets. 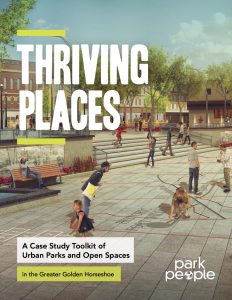 Thriving Places, the new report released by Park People, showcases different strategies that municipalities in the Greater Golden Horseshoe are using to address this challenge. The report builds on the ideas in Park People’s 2015 report Making Connections, which set out eight guiding principles for planning a network of parks and open spaces in urban neighbourhoods.

Whether it’s an engaged group of residents around an urban trail, a street that is also designed as a public plaza, or a linear park along a new transitway, the examples in the report point a new way forward for parks in the GGH.

New higher density neighbourhoods need a different kind of park than suburban subdivisions filled with houses where everyone has a front and backyard.

Urban parks see a desire for more intense and varied types of activities, from farmer’s markets to movie nights to community BBQs to outdoor yoga classes and cultural festivals. They require new designs to support these activities, such the hard-surface plaza found at Market Square in Guelph or the power hook-ups and free wifi of Mississauga’s Scholar’s Green. 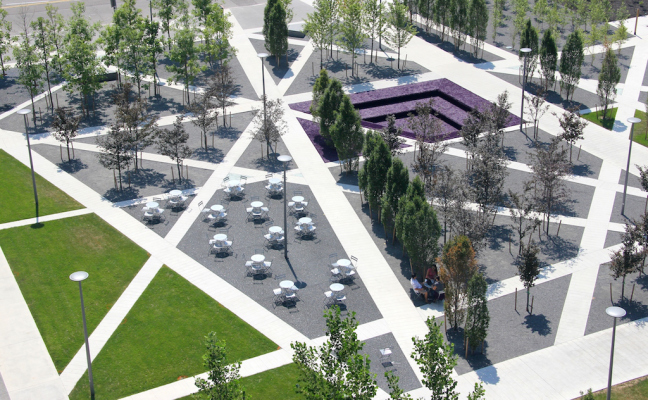 Higher density neighbourhoods require creative ways to use space efficiently, such as the creation of a new pedestrian promenade on a street adjacent to Hamilton’s Gore Park or the closing of a street in Barrie to expand an existing park and make a connection to the waterfront.

It also requires new sources of funding and partnerships to make these spaces work. For example, partnering with a community non-profit to manage a naturalization project in Guelph’s Pollinator Park. Or the City of Barrie partnering with the downtown BIA to help fund and program its proposed expanded downtown plaza. Or Newmarket working with donated materials to build an outdoor library in Riverwalk Commons, creating a fun new spot in the warmer months for people to gather.

We often to look to cities like New York, Chicago, San Francisco, Vancouver, and Montreal for inspiration when it comes to best practices for public spaces, but there are many inspiring, innovative projects right here in the Greater Golden Horseshoe.

Thriving Places highlights 15 of these projects in the hope that it will become a useful tool to inspire more creative thinking across the region. Because as we continue to grow and intensify, we need to ensure we are creating places for people.

If you’re in Toronto, be sure to register for Park People’s Thriving Places report launch on May 26th at Urbanspace Gallery in 401 Richmond.

Jake Tobin Garrett is the manager of policy and research at Park People and the author of Thriving Places and Making Connections. Follow him on Twitter at @jaketobin