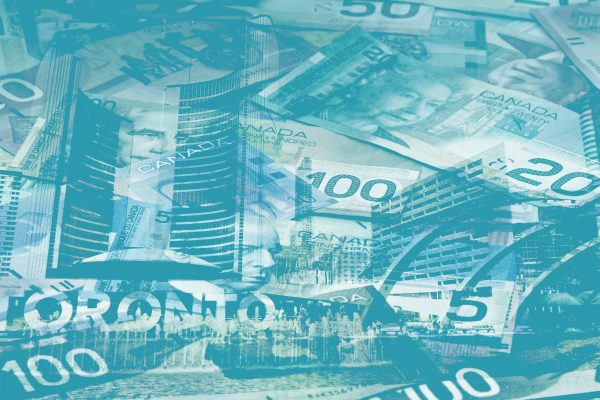 There was a wonderfully revealing moment at yesterday’s executive committee meeting, when Toronto’s city manager Peter Wallace got into it with Councillor David Shiner, the poohbah of Willowdale.

Wallace was in the midst of a presentation about what amounted to a trailer for his upcoming summer/slasher flick, The Attack of the Killer Revenue Tools.

For those who haven’t had the pleasure, Wallace is a refreshingly candid and plainspoken mandarin, and he didn’t flinch in the face of Shiner’s stagey histrionics.

As Wallace has been saying for a year now, city council needs to open its eyes to some important and increasingly glaring realities, all of which can be reduced to a simple proposition: that the services the City is and wants to provide or build simply cannot be delivered from the hodge-podge of existing revenues, which include property taxes, service charges, fines, the land transfer tax and various one-time transfers from the feds and the province.

Either you do less or you tax more. Anything else amounts to alchemy.

The gap, he warns, has grown ever wider and more unsustainable; indeed, the moment of reckoning arrives next month, when Wallace will present a laundry list of new revenue tools — some sanctioned under current legislation, others not — required to do things like expand transit, fix Toronto Community Housing, develop the waterfront, and so on.

Besides the intriguing detail that Toronto’s top civil servant will be proposing new levies not currently allowed under City of Toronto Act, Wallace told the members of the executive committee that his goal is not a cash grab but rather a systematic attempt to match new expenses with new revenues.

Cue the councillor from Willowdale. Shiner, who once served as Mel Lastman’s budget chief and knows a thing or two about Toronto’s finances, balked and barked and bellowed, demanding to know why Wallace is letting the other orders of government off the hook from their obligations to finance services like transit and affordable housing.

Wallace didn’t give an inch. While he said he’s philosophically of the view that the other orders should pay their fair share, council needs now to be very pragmatic and practical, given steadily rising debt service outlays and an wholly unhealthy reliance on fees generated by the speculative real estate market — the land transfer tax — to maintain day-to-day City operations.

Even the various transfers and loans that occasionally drift down from the other orders haven’t solved these structural fiscal problems.

“Where did we put [that money]?” Shiner demanded.

Wallace didn’t miss a beat: “You put it into lower property taxes.”

Shiner mewled some more about trying to keep taxes low to help residents deal with the high cost of living: “I’m trying to see why the blame is being put on the council of the City of Toronto try to do what was right,” he complained.

But Wallace held his ground, and said that city council has been blaming/asking the province and the feds for money for the better part of 20 years and that advocacy strategy simply hasn’t delivered the goods in a sustainable way. Indeed, he continued, the current premier is from Toronto, and the crying-poor argument still hasn’t generated much in the way of additional operating funds, even while the wish list of committed but unbudgeted projects grows with each new council session.

In fact, Wallace, a former provincial deputy minister, allowed that council’s long-standing habit of passing popular low-tax budgets and then barking for money — a tactic more or less embraced along most points on council’s ideological spectrum — has not been looked upon favourably up at Queen’s Park. “Greatly impaired” is how he described council’s ability to continue hoeing that rhetorical row.

Thus warned, it will be intriguing to see how Mayor John Tory responds, over the next few months, to the fact that the City’s top civil servant has told council in no uncertain terms that the era of kicking the can down the road is over.

Of course, council can continue kicking the can. But Wallace’s warnings — especially with regards to the City’s deep reliance on a single revenue source, the land transfer tax, that could fall abruptly if the speculative condo market craters — are difficult to ignore.

Council always has the option of choosing to do less, and thus incurring less cost.

But Tory’s brand is not, and has never been, about doing less. He’s the great unifier, the repairer of housing, the builder of tracks. Yet almost two years in, Mr. One Toronto has come face to face with the reality that a genial disposition and good manners won’t bring home the mega-bucks required to tick off all the things on his to-do list.

So he inches closer to the reckoning that will challenge him more than anything else in his mayoralty: does he move to get himself out in front of Wallace’s fiscal agenda, and thus use his good offices to provide political cover for the likes of Shiner, Denzil Minnan-Wong and the other can-kickers who have made long careers out of squeezing the City’s operations? Or will Tory’s spidey-senses tell him to act defensively against a potential Doug Ford mayoralty bid by either dragging his feet or politely balking at the revenue tool proposals Wallace will unleash later this year?

Make no mistake: the 2018 election begins the moment that Wallace’s block-buster report hits the airwaves. And yes, it will be a thriller.