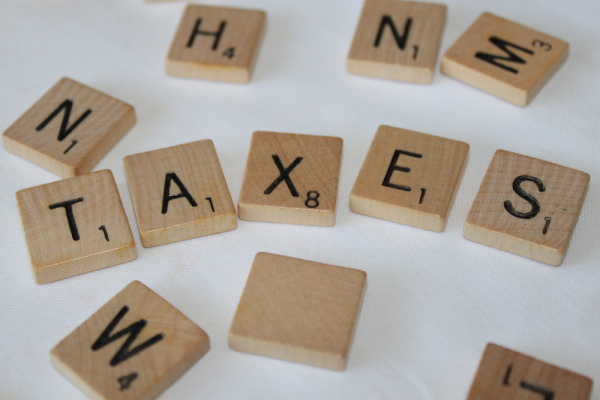 While Toronto’s politicians have yet to turn their collective attention to the question of whether the city needs new revenue tools to address growing capital and operating shortfalls, this most loaded of topics will hang heavily over the city council session that begins today.

Informed speculation about a Toronto Hydro privatization deal – including a potential suitor – is in the air. And, of course, there’s this ugly bit of business about council approving a contract with the province for billions in capital and operating outlays associated with Smart Track and the three Metrolinx LRTs, even though we have yet to figure out where the money’s going to come from.

City manager Peter Wallace, various advocacy organizations (here and here), and academic and journalist observers have all concluded that council needs to exercise its powers under the City of Toronto Act and establish new levies or taxes to address the medium and long-term shortfalls in both budgets.

And I generally agree, but with this caveat offered in the form of a question: How do we confront the problem of moral hazard, or — put less abstractly — financially rewarding irresponsible political behaviour and/or decision-making?

Indeed, should we even entertain an abstract discussion about new revenue tools without simultaneously considering what happens if our local representatives take all that dough and squander it on white elephant projects, like a one-stop subway boondoggle that will cost as much as the 25-stop Crosstown LRT?

After all, if council imposes all sorts of fees and taxes, but then can’t demonstrate some kind of return, very broadly defined, but not measured in terms of short-term electoral gain, residents will be not only more hesitant to support such measures in the future, but may be inclined to back future mayoral candidates who run on a promise to repeal said tools.

I fully realize I am posing an almost impossible problem here. A lot of people think about the proposed Scarborough subway extension scheme, and its first cousin, the Univeristy-Spadina-York subway extension up to the Arctic circle, and come to the obvious conclusion that such projects are politically-motivated money pits that will create scant economic, environmental, or social pay off in the foreseeable future.

But what’s needed is not a policy created to fight the last war, as it were. Rather, we need is something that tethers the City’s revenue collecting capacity to a dispassionate and difficult-to-override decision making framework that somehow applies to not only the City, but the other orders as well. The tallest of orders, I realize: the feds and the province can always do what’s politically expedient, knowing that obedient local councillors are unlikely to turn up their noses at gifts of cash.

There are, of course, all sorts of extant policies that direct revenues to specific projects or categories of projects, e.g., the city’s development charges by-law, or the standing policy on the use of budget surpluses. The province, through Metrolinx, has a loose and easily manipulated policy to produce a “benefits case analysis” for major new transit schemes.

But in the case of the latter, the findings aren’t binding, and the assumptions in such reports can be rigged to create the sorts of magical answers politicians love to use to defend their transparently political decisions.

Indeed, the shemozzle of the past four years has provided a depressing case study in how politicians will create elegant policy frameworks for massive project approvals, ignore said frameworks, and then furiously gaslight their own craven decisions about the expenditure of billions of dollars with virtually no plausible rationale.

According to some fantasy versions of how to change this narrative, the decision-making power is somehow removed from the political actors and assigned to bodies of wise and disinterested technocrats who don’t have to dirty their hands. Yet anyone who still believes this approach can yield good results need only look at the Metrolinx board, and its susceptibility to political interference.

My personal preference is that we need to find ways (other than elections) to make it embarrassing and difficult for politicians to squander the money on pet projects or to buy seats in by-elections.

There are really two approaches here, one for revenues geared at operating budgets and the other for capital outlays.

With operating, it seems blazingly obvious to me that council needs to amend its budget policies such that the operating costs (i.e. shortfalls) associated with new or approved capital budgets must be not only identified, but enacted alongside the approval of the project itself.

Yes, that means collecting current taxes for future operating costs (sacrilege!). But such funds could be placed in reserves until the new project comes on stream. In that way, there’s no sticker shock in the year when that local park or arena or subway line opens. The funding is in place, and, even better, the city has a bit of a financial buffer in case there are unexpected early glitches.

I’d argue that if council figures out how to tax now in anticipation of future operating pressures, there will also be less political incentive to endlessly re-litigate decisions. The politicians will have to be truthful about the financial implications of the decisions they are making in our name, and they’ll have less incentive to commit to immense capital outlays funded by transfers or debt without also taking the political responsibility for hiking taxes or raising fees many years hence.

With respect to capital projects, it seems to me that the fiscal involvement of the federal and provincial governments demands not only a regional decision-making lens, but also a contribution framework that compels all three partners to find consensus about the merits of a project before handing over the green. With the feds hard at work putting together a new national infrastructure bank that will involve private capital, the timing for such a conversation couldn’t be more fortuitous.

For my money, Waterfront Toronto represents a solid and credible institutional example of how to make responsible, policy-driven big money decisions that involve all three levels, as well as the public. WT’s program requires a high degree of consensus, and the structural framework in which those spending choices are approved is responsive but difficult to manipulate. The agency’s plans are thoroughly vetted, both technically and politically, and I believe they will stand the test of time and city-building success.

The point is, when (or if) council begins the painful debate over new funding sources, voters and revenue tools advocates should push the politicians and the bureaucrats to find ways to prove to residents that they’re not going to be writing blank cheques. After all, the resulting white elephants (think Sheppard) inevitably make it far more difficult for future city-builders to marshal the resources they’ll need to solve the problems of eras that have yet to begin. And if you don’t believe me, consider that a lack of foresight and fiscal rigour is precisely why we’re having all these problems now.