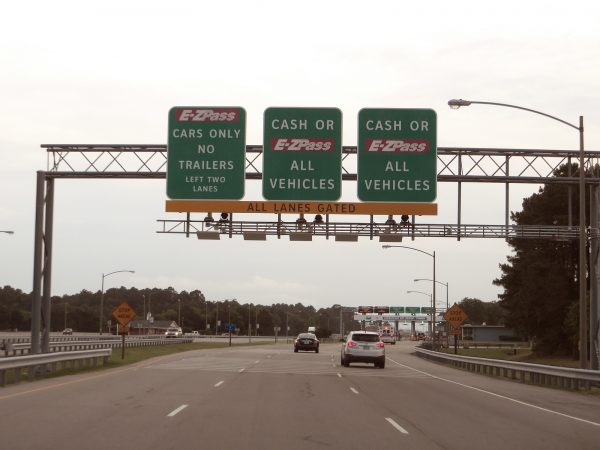 How long do progressives and urban dwellers more generally have to wait before Ontario’s NDP stops compensating (atoning?) for former premier Bob Rae’s decision, circa the early 1990s, to slap tolls on Highway 407?

The question arose again late last week when Andrea Horwath’s populists stood shoulder to ideological shoulder with Patrick Brown’s Progressive Conservatives to support a symbolic motion calling on Kathleen Wynne’s government to reject the City of Toronto’s forthcoming request to put tolls on the Gardiner and the Don Valley Parkway.

I understand that opposition parties need to be, well, oppositional. But as happened in the last provincial election in 2014, Horwath revealed she’s got a tin ear when it comes to not just funding urban infrastructure but deploying green policies meant to change driver behaviour, reduce emissions, and spur transit use.

Instead of tabling a motion calling on the provincial government to, say, properly fund the operating costs of transit, toll all the 400-series highways or urge the Wynne Liberals to give the City of Toronto other revenue tools, such as sales tax, Team Horwath threw in their lot with a rurally-based party that has little interest in transit and scant purchase with urban voters.

Why? Shouldn’t progressive voters in big cities like Toronto be able to back an electoral option to the Liberals? Of course. Yet last week’s stunt — which, let’s face it, is what that motion amounted to — stands as a fairly crisp signal that the NDP isn’t interested in Toronto. I understand why the Tories don’t much care about the city, but the NDP’s indifference is much more difficult to grasp.

Horwath, however, has long demonstrated that she’s far more interested in going for the partisan solar plexus shot than advancing a coherent set of policies that suggest an ability to manage the province, its urban regions, and our collective environmental footprint.

On transit, she opposed Metrolinx’s 2013 revenue tools recommendations, backed by-election candidates who pandered to the delusional Scarborough subway politics, and offered up nothing more than a pledge to hike corporate taxes as a way of paying for infrastructure. As if.

Let’s not pretend, moreover, that the NDP-Tory motion is so much harmless parliamentary fluff. It’s actually a perfectly timed shot across the government’s bow.

The Wynne government fully understands that the residents of the mainly Liberal-held 905 ridings who commute downtown are crabby about the prospect of tolls that could jack their driving costs by over a grand a year. Mayor John Tory instigated the toll debate last month by strongly implying the premier was on side. But does Wynne actually have her caucus members whipped, or will she be vulnerable to the sort of U-turn politics we’ve seen so often on the transit file?

Tory has said that City of Toronto voters will decide, in 2018, whether tolls are an acceptable form of revenue to fund infrastructure. But Wynne, I’m guessing, knows she’ll face precisely the same judgment when she faces 905 voters in 2018 – you know, the ones who decide the outcome of elections.

With council embarking on what will likely be an emotional debate about revenue tools and the tolling request today, the posturing at the other end of University Avenue will surely be hovering over like a cloud of smog over City Hall. We all know which councillors have strong political ties to the Wynne government, and their stances on the toll debate will serve as leading indicators about the ultimate fate of the mayor’s big bold idea.

After all, the most important detail in the motion that will dominate this week’s council session is that the province be requested to move ahead with legislative changes to allow tolls (and a hotel tax) in 2017.

Her eye on that clock, Horwath last week showed that she understands how to press an election-minded partisan advantage, policy coherence be damned. I’d say it’s entirely possible the politics up at the Pink Palace could not only derail Tory’s half-a-loaf revenue scheme, but also lay the groundwork for the 2018 race province-wide.

So, as council lumbers uneasily into next year’s wrenching discussion about revenue tools, the NDP could be choosing to push the Wynne government to make its approval of tolls contingent on other policy or revenue moves meant to appeal to Toronto voters and mitigate their pain – such as absorbing the costly operating costs of the new Metrolinx LRT lines instead of downloading them to Toronto commuters.

But with their motion last week, the NDP decided not to pursue that path. They instead decided to position themselves, on a crucial file, as little more than Tories with a different colour palette.

Suffice it to say that colour isn’t green.