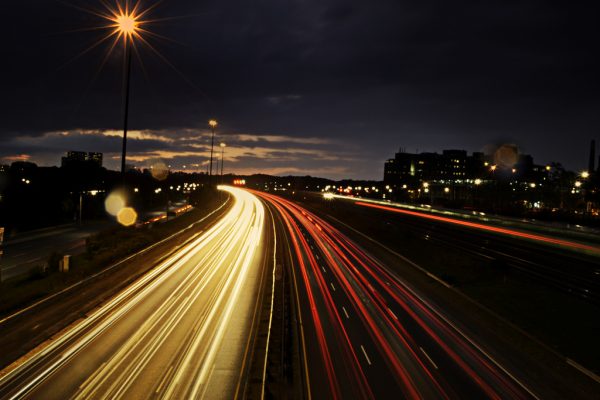 During the (only half-finished) debate over John Tory’s road tolls scheme, the mayor offered up what looked mostly like a nerve-soothing rider for the right — a request for staff to investigate the possibility of creating some kind of mechanism to provide “independent oversight and audit with a view to maintaining the integrity of these funds and their intended purpose and maintaining public confidence.”

Tory first bruited the notion in a speech last month to Toronto Region Board of Trade: “I will propose that this fund be overseen by an independent body and audited each year by the Auditor General.”

But the reality is that nuanced governance fixes stand no chance of bobbing to the political surface when public and media attention is fixated on the importance of itemizing the litany of horrors or hypocrisies associated with Tory’s toll scheme.

It would, however, be a grave mistake for Torontonians to relegate this idea to the margins of our hugely frustrating debate about the funding of future transportation infrastructure. From where I sit, Tory’s “independent body” is a reform that has the potential to bring a measure of sanity to the persistently opaque decision-making process around gigantic expenditures, such as the shameful escalation of the cost of the Gardiner rehab plan.

The hitch is whether he’s got the courage to give this thing the teeth it needs.

While no one should call for reforms that aim to take the politics out of inherently political choices, we can aspire to better decision-making and governance when it comes to projects with multi-billion-dollar price tags.

The key is for council to create a body with the chops to not only offer up this kind of oversight but also speak truth to power when necessary. We need only look around the region to see both examples that have succeeded impressively (Waterfront Toronto) or failed utterly (the Metrolinx governance model).

Independence: If Tory is indeed serious about ensuring that this body has the capacity to do its job effectively, he must persuade council to approve a structure that it is genuinely independent of council, the civil service and the industries that build infrastructure projects.

In practice, that means the people who will sit on this body must be appointed to staggered, multi-year, non-revocable terms that don’t align with the electoral cycle. They shouldn’t be connected to the city’s bureaucracy, although they will need ready access to the bureaucracy’s data. And they can’t have vested interests. At the same time, I’d argue there’s a case for including appointees from the other orders of government, given that both contribute funding for large projects.

Point is, if Tory actually wants to foster public confidence around the use of these and other sweatered revenues, as he claims, the oversight body mustn’t be a cheering section. Federal and provincial auditors general have this kind of clout, as do quasi-governmental entities like Waterfront Toronto or the Toronto Region Conservation Authority (TRCA).

Conversely, we need only look to the Potemkin village that is the Metrolinx board to understand how governments can undermine ostensibly independent bodies, with all the resulting (and predictable) erosion in public trust.

Scope: Tory’s proposal seems fairly limited – the oversight body, according to his motion, should bird-dog the toll revenue – but I’d argue that there’s a strong case for mandating this entity to provide independent oversight on all non-routine transportation mega-projects, especially those that involve contributions from other orders of government as well as future user fee streams.

Mandate: If I had to pinpoint how Toronto continually gets itself into large infrastructure projects that shake public confidence in our decision-making processes, certain significant failings arise over and over again. The mandate of this body should be focused on these shortcomings.

One, council too often backs mega-projects where the initial approved capital costs bears little resemblance to the final outlay. This reasons: too much optimism at the front end, a desire on the part of politicians to get signature projects approved, half-baked information in staff reports, etc. The phenomena of under-estimating mega-project costs is not only well-understood, but has been subjected to some serious academic scrutiny by Oxford University planning professor Bent Flyvbjerg. As he writes, “Overruns of up to 50 percent in real terms are common, over 50 percent not uncommon,”

A recent analysis by University of Toronto geographer Matti Siemiatycki lays out five principles for best-practices on countering the low-balling tendency:

International best practices suggest at least five remedies for these problems. First, improved performance monitoring, reporting, and information sharing is a feasible option in a world in which data management is becoming increasingly sophisticated. Second, governments can track and reward the best-performing companies and contractors to ensure more predictable outcomes. Third, staff overseeing megaprojects can be better trained in management skills such as enforcing contracts and resolving disputes. Fourth, governments can draw on more precise forecasting techniques based on data about previous projects. And finally, public-private partnerships can make it easier to control costs and enforce deadlines.

To my eye, these five points alone could constitute the mandate of the proposed oversight body.

Second, this body, or some dedicated team in the auditor-general’s office, should have an explicit mandate to obtain a independent peer-review of key staff reports before they are presented to council, in effect to verify that claims made in those documents aren’t built on a foundation of quicksand.

The post-approval cost escalations of the Scarborough subway are obviously one choice example. The latest twist in the Gardiner rehab is a case in point: council approved the plan initially on the understanding that the federal government was going to ante up almost $900 million towards the project – “previously anticipated” is how the staff report that went to council last week demurely put it. With the benefit of hindsight, that funding contribution wasn’t a hard number.

An effective independent oversight body would, ideally, have the capacity and resources to confirm those kinds of commitments and then report in public as to their reliability before council votes to approve a project. It’s like buying a house: by the time you put in an offer, you need to have a clear sense of how much the bank will lend you. It’s not rocket science.

I’m under no illusion that this kind of outside, pre-decision scrutiny will necessarily block a council hell bent on making a stupid, politicized choice instead of one grounded in evidence and far-sighted policy. As the old saying goes, you can lead a horse…, etc.

But if council and perhaps the other orders are prepared to create an oversight mechanism that delivers properly cooked information to decision-makers and the public, then voters would be in a far better position to judge how elected officials are spending all those oh-so-contentious toonies.