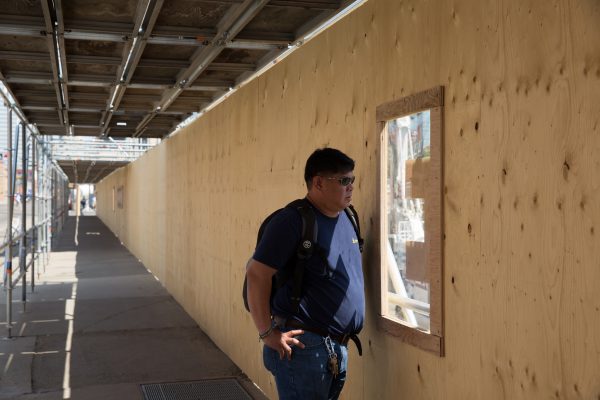 Remember when inclusionary zoning was going to solve Toronto’s affordable housing crisis, or at least take a big step towards ameliorating it?

Let’s travel back in time to that shining moment in the spring of 2016, when Kathleen Wynne’s Liberals announced they’d be introducing legislation that would steadily build up the city’s depleted affordable housing stock.

How? Simple: by requiring developers to set aside a specified proportion of the units in each new condo building. These units could be affordable rentals owned and operated by a non-profit housing agency or less expensive condos.

The overarching principle is that inclusionary legislation [IZ], which has been enacted in hundreds of cities in the U.S., levels the economic playing field — all developers would have to submit, so none would be disadvantaged — and transforms the creation of new affordable units into a routine part of the development approvals process.

While IZ doesn’t solve all aspects of the affordability crisis, housing advocates of all flavours applauded.

Now fast forward to the week before Christmas, when the province very quietly published proposed regulations [download the PDF] to accompany the legislation, which received royal assent in late 2016.

The skinny? Turns out Wynne’s Liberals — who have been dutifully shimmying over to the progressive end of the political spectrum as the spring election approaches — pretty much gutted their ostensibly progressive housing policy, presumably at the behest of the development industry’s lobbyists.

“What they’ve come up with is so cautious and timid that it will just not produce affordable housing,” observes IZ expert Richard Drdla, a Toronto housing consultant who monitors developments in this arena. The new regs render the law “a waste of time,” he adds. “They couldn’t have done much worse.”

According an analysis Drdla has prepared, and which will be published later this week on his website, there are several key failings with the proposed regs:

The regulations proposed that up to 5% of the number of apartments or gross area of any new building with more than 20 units can be set aside as affordable. That proportion rises to 10% in the vicinity of rapid transit stations.

The City of Toronto, in its submission last year [download PDF] to the province, had recommended a minimum of 10%. Indeed, when the province began talking about IZ, former chief planner Jennifer Keesmaat told The Toronto Star: “If the city required 10% of new units to be affordable in developments with over 300 units . . . we would have secured 12,000 affordable housing units.” As of spring, 2016, only 3,700 affordable units had been built in Toronto using bits and pieces of federal, provincial and municipal funding.

According to city officials, there were 312,503 apartments (including rentals) in buildings over 20 units that have either been built or were in the approvals pipeline between 2012 and Q2 2017. A 10% set-aside would have likely yielded well over 20,000 affordable units, whereas the proposed regs likely reduces that figure by almost half.

This is a “pox on both their houses” item. When done well, IZ should apply everywhere in order to promote mixed income communities in all urban neighbourhoods. But the proposed regulations adds lots of weasel words on this matter, giving municipalities the latitude to rig their official plans with provisions that allow the City to dictate that only certain areas be subject to IZ bylaws. The wonderfully passively constructed wording is telling: municipalities, the proposed rules say, can “identify locations and areas in the municipality that may be appropriate for inclusionary zoning by-laws.”

Questions abound: Why would one community be “appropriate” for IZ zoning and another not? And how much influence will local councillors, development lobbyists and homeowners groups have in making such determinations? If I had to bet, I’d predict this NIMBY-prone provision is the one that ensures we’ll see barely any development subject to these inclusionary zoning laws.

Get this: with these proposed rules, the City actually has to bribe developers to obey the law. I know, I know: maybe that’s a bit harsh, but the fact is that under the misleading heading of “measures and incentives,” the regs offer up a formula specifying how municipalities must make “financial contributions” to builders operating in an IZ area, in the form of reduced parking requirements or waivers on “all or part” of the various applicable development levies and fees. (The regs preclude the City from granting extra density as a compensatory mechanism.)

Given that the City is pressed at the best of times to fund its affordable housing programs, the payment provision looks to me like another show-stopper. And one without precedent, Drdla adds. In over 500 jurisdictions in the U.S. that have adopted IZ, none involve municipalities paying builders subject to such laws.

Parkdale-High Park councillor Gord Perks says he calculated how much affordable housing the Liberals’ IZ provisions would create in a pair of high-rise projects at King and Dufferin that recently won council approval. He reckoned the $1.9 million for non-profit housing he could secure through a Section 37 deal would exceed what this version of the IZ laws would have yielded. (The City had already complained to Queen’s Park about how the IZ law forced it to choose between securing affordable housing or negotiating funds for community benefits.)

Affordable for How Long?

Anyone who’s been paying attention to Toronto’s affordable housing crisis knows that the thousands of co-op units created in the 1960s and 1970s under federal mortgage subsidy programs faced existential threats in recent years as those backstops expired. The risk facing co-op tenants — who live in genuinely affordable housing generally insulated from rent and real estate spikes — is that the end of the subsidy meant that rents would quickly rise to market levels.

The federal Liberals, in their recent national housing policy announcement, promised to protect those co-ops by extending the agreements. But the bigger point is that when governments create affordable housing, it should remain affordable. Temporarily affordable is merely putting the pain off for another day.

The province’s regs, however, make precisely this mistake, limiting the monitored affordability period to no more than 30 years. After that, the restrictions on resale price will be lifted, meaning these apartments will just slip back into the regular housing market. Bottom line: the relief is temporary (although there’s no concomitant expectation that the builders also return the funds they collected from the city at the front end). And so we’re back to square one.

What next? At the planning and growth management meeting earlier this week, the committee voted to call a special meeting by the end of the month so the City can respond to Queen’s Park before the consultation period expires on February 1. “This is just the beginning of the fight,” Drdla says.

For the record, I asked the mayor’s office if John Tory had any position on these proposed regulations, which have been floating around for a month. Given the shelter bed crisis that blew up over Christmas and New Year’s because of Tory’s failure to support a proactive emergency plan to open the armories, you’d think the mayor would have learned a hard lesson about the need to anticipate future housing crises.

Hard to say. My question was shunted off to deputy mayor Ana Bailao.