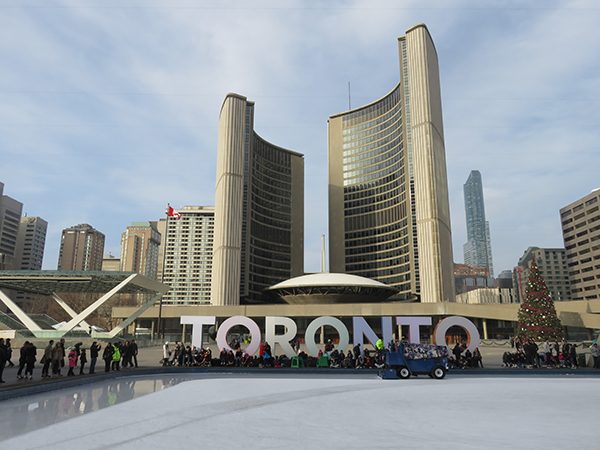 On Monday, October 22, 2018, Torontonians will be electing a new city council. And for the first time since 2000, Toronto’s ward boundaries will be changing.

When the new council is formed on December 1, 2018, there will be 47 wards, up from 44. Downtown Toronto will gain three new seats, and North York will gain one, but one seat is lost in Toronto’s west end, in an area currently represented by Wards 14, 17, and 18. Seven wards in Etobicoke, North York, and Scarborough will remain unchanged.

Earlier this week, the City of Toronto added the new boundaries to its open data catalogue, I then used the data to create an interactive Google map. This map, embedded below, shows both the current 44 wards, and the approved new 47 wards. Each of the two ward boundary layers can be turned on and off.

These new ward boundaries are the result of a long four-year study and consultation process, and represent a compromise that improves representation in high-growth areas, while minimizing the loss of council representation elsewhere. Several other options were explored, including reducing the number of councillors to 25, but they were rejected by the consultants hired by the city to draw the new wards; they were also unpopular among members of the public who attended the consultations.

While Toronto City Council approved the new boundaries in November 2016 (despite Mayor John Tory’s opposition), Councillors Justin Di Ciano (Ward 5) and Giorgio Mammoliti (Ward 7) appealed the new boundaries to the Ontario Municipal Board. Happily, the OMB dismissed the two councillors’ complaints last month. Both councillors are likely to run for re-election in modified versions of their existing wards.

Nominations for Toronto City Council and school trustee positions are open from May 1, 2018 through July 27, 2018.