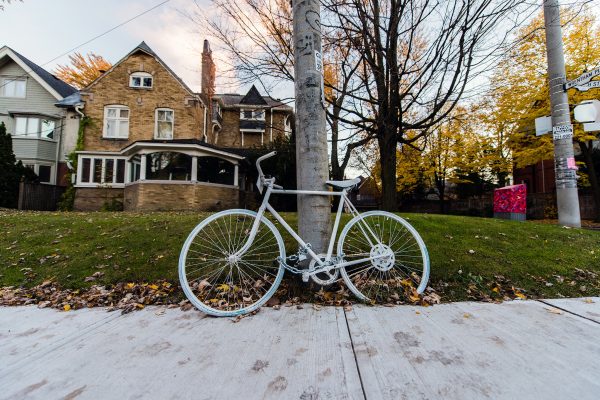 LEIPZIG, GERMANY, reporting from the International Transport Forum  — The contrast could scarcely be starker: with yet another death last week driving up 2018’s grim toll of pedestrian and cyclist fatalities on Toronto roads, New York City’s deputy transportation commissioner Michael Replogle turned up at the International Transport Forum summit in Leipzig to report the stunning results of a Vision Zero campaign supported by more than just political lip service.

Since Mayor Bill DeBlasio took office in 2014, Replogle says, traffic fatalities have dropped 23% overall, with a bracing 36% reduction in pedestrian deaths. The Big Apple has achieved this turn around despite population growth and a decline in transit ridership caused by both ride-sharing and a maintenance crisis that has inflicted a world of pain on New York subway users.

In Toronto, however, the roster of deaths has steadily grown in the two years since the City and Mayor John Tory adopted our tepid Vision Zero program.

It’s a tale of two cities.

Many Toronto drivers and local politicians go out of their way to block efforts to meaningfully reduce speeds while the City, and the mayor, have continued to send out mixed messages about the need to make roads function more efficiently. (This is not just a Toronto issue. According to OECD road safety rankings released today, Canada saw a 10.5% increase in pedestrian deaths between 2010 and 2016, making it one of only a handful of 30 developed economies to experience a rise in such fatalities. The others include Germany, Australia, the United Kingdom, France, Sweden and the U.S. Norway and Portugal, by contrast, reduced pedestrian deaths by over a third in the same period.)

In the Big Apple, Replogle explains, the Vision Zero policy framework enjoys not only “overwhelming support” from the public, but has been methodically implemented by city transportation officials tasked with turning the political rhetoric into operational reality.

After DeBlasio took office, he immediately ordered the reduction of speed limits on most New York streets from 50 km/h to 40 km/h – a move that sharply cut speeding incidents and is almost certainly the most significant driver behind the fatality reduction figures.

At the same time, New York’s Department of Transportation (DOT) embarked on an extensive data-gathering exercise, compiling so-called “killed or seriously injured” (KSI) stats from especially unsafe streets and intersections, but also consulting with residents to register their experiential knowledge.

From there, Replogle says, the DOT went after what he describes as “low-hanging fruit” – e.g., adding the traffic calming measures that New York has become increasingly renowned for, such as painted pavements, stone treatments, and other visual methods for demarcating pedestrian zones.

The City then obtained state authorization to set up traffic cameras in 140 school zones. Using annual comparison data on how safety has improved or not in those areas, the NY DOT has subsequently shifted those cameras to school zones in greater need of calming.

New York officials have also allocated $1.2 billion — an impressive sum even in a huge municipality like New York — on physically retrofitting streets with bike lanes, wider sidewalk allowances, narrower lanes, and pedestrian plazas. In some cases, such as on Queen’s Boulevard — an especially dangerous thoroughfare in Brooklyn that saw an average of 18 pedestrian deaths per year through the 1990s — there was significant pushback from commuters initially.

The results have been stunning: no deaths in the past three years.

What can we point to? Yes, Bloor and King have been redesigned to provide more space for bikes and streetcars, and less for private vehicles. But there are many more examples of pointless political resistance (e.g. the Yonge Street North re-design) and general backsliding (the freeze on the deployment of more scramble intersections). Has the City done much of anything in improving safety on all those super-wide suburban arterials where pedestrians die quite regularly? Not really.

New York’s story shows that even in a period of rising vehicular traffic, a Vision Zero campaign built on a solid foundation of actual change in road design, rather than the quicksand of rhetoric and half-measures, truly does save lives. “There’s been political blow-back” to some aspects of the Vision Zero plan, Replogle says. But, he hastens to add, the city’s muscular response is that “it has a higher responsibility to protect human lives and there’s really no alternative.”