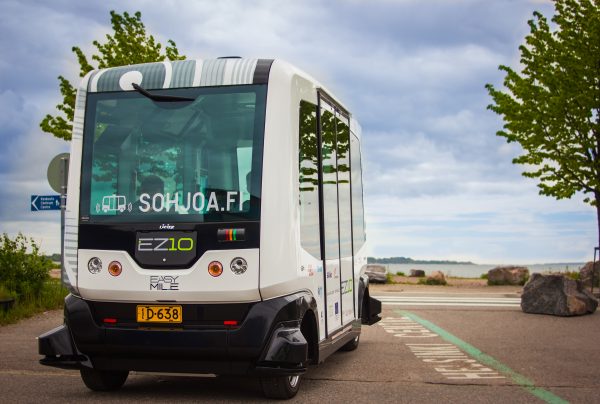 HAMBURG, GERMANY — At some point in 2019, the first of three curiously upright shuttle vehicles will begin tooling around a 3.6km loop of city streets in the post-industrial port zone known as Hafencity, Hamburg’s far more fully-realized equivalent to Toronto’s eastern waterfront re-development.

For the next four years of a pilot called HEAT, these shuttles — manufactured by a German autonomous vehicle start-up called IAV — will operate in open traffic on two-lane local road at speeds up to 50km/h. Their navigation will be guided by three interconnected systems: one on board the vehicles; a second consisting of a hundred Siemens-made sensors deployed along the route; and a third in the operations centre of Hamburger Hochbahn, the city’s transportation authority.

The shuttle is intended to ferry real people around real Hafencity streets, says Hochbahn project manager Natalie Rodriguez. It will initially be manned by a Hochbahn operator who can take over the vehicle’s controls if it looks like it will run into something or someone. If and when these vehicles gain a solid safety track record, the operators will no longer ride along.

Hamburg is just one of several cities currently trialing AV shuttle pilot projects: the oldest, Hochbahn officials say, operates in the Netherlands, but others are launching in cities in Norway, Switzerland and elsewhere in Germany.

Waterfront Toronto (WT) asked bidders to develop this kind of service when it released its Quayside RFP last spring. In its proposal, Sidewalk Labs pledged to pilot a self-driving shuttle that will link Quayside (and, presumably, the East Bayfront) to the existing waterfront transit network.

What’s noteworthy about Hamburg’s pilot is its governance: the driver, so to speak, isn’t a private developer or a tech company, but rather Hamburg’s public transit authority. Hochbahn, in fact, is not only running the pilot and selecting the technologies that will be used to operate these vehicles; the agency’s officials will also evaluate how the trial worked and – even more importantly – determine how this kind of service will fit into the broader scheme of a highly integrated urban transportation network.

There’s no evidence I can find that any kind of governance discussion about the proposed WT/Sidewalk AV shuttle has taken place so far. WT and Sidewalk officials say there haven’t been any discussions to date. TTC spokesperson Brad Ross says the agency hasn’t had any interaction with Sidewalk or WT about this part of their plan, and adds that commission staff have only had very high-level discussions about AV shuttles with Toronto transportation officials (the city has an AV working group, which hasn’t produced much more than a three-year work plan).

Of course, Sidewalk and WT officials, during public consultations, dutifully repeat the article of faith that they want to see full transit service extended into these new precincts growing up along the eastern waterfront. Such statements, of course, are just public relations; the issue with new LRT lines is money, and neither WT nor Sidewalk can do much to move the necessary dollars into place.

But if an interim or perhaps new type of transit service is being envisioned for these areas, surely the TTC and/or Metrolinx should be at the table from the get-go. What’s more, it must eventually operate these shuttles, and it should absolutely be involved in figuring out how this technology can be integrated into its overall operations, particularly if there’s a chance that said shuttles could be deployed elsewhere.

There is, however, an alternative future that seems likely to unfold unless those watching the eastern waterfront transit file wake up: WT and Sidewalk could develop a purpose-built, proprietary shuttle system, which would eventually emerge as a privately owned and operated service that either belongs to Sidewalk or some third party.

If you accept the premise that AV mini-bus shuttles could someday serve an important role in urban mobility networks — not just in Toronto, but in urban regions generally – then they shouldn’t be competing with existing public transit networks, but rather complementing them.

To achieve that goal, public entities need to retain their ability to manage the overall mobility system. Every city does this to a greater or lesser degree, using policy tools ranging from parking fees and street parking permits to traffic management and transit investment. But with the fairly recent entrance of new (and mainly, though not exclusively, private) mobility players – companies that offer bike sharing, ride-hailing, car-sharing, ride-pooling, etc. – the regulatory/governance function has become not only more complicated, but subject to competitive pressures as new entrants exploit pain points using emerging technologies.

Uber and other ride-sharing services have shown how easily they can not only disrupt one (admittedly archaic) component of the city’s mobility management system – i.e., regulated taxi service – but also set in motion ripple effects in adjacent services. There’s mounting evidence that ride-sharing has contributed not only to induced congestion, but also the cannibalization of transit service, with the associated negative financial implications for governments that have sunk huge sums (on behalf of taxpayers) into transit infrastructure. 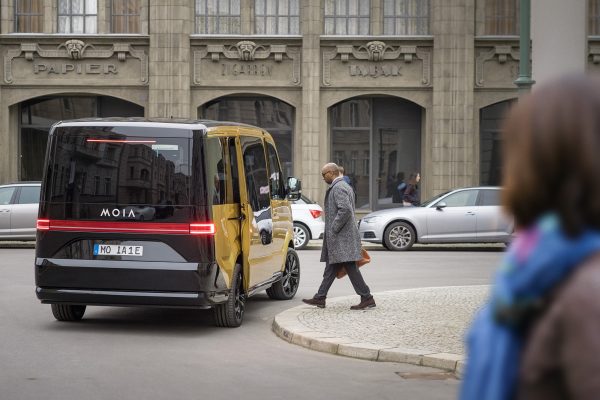 When I was in Hamburg (full disclosure: I was invited on an expenses-paid junket offered up by the city), I listened to a presentation by a spokesperson for Moia, which is Volkswagen’s ride-pooling subsidiary (motto: “social movement”). It is developing an app-based ride-pooling service using a purpose-built VW van and a navigation/scheduling algorithm. The idea is that you can use the app to reserve a seat on a six-seat van with all sorts of do-dads (Wifi, seat lights, etc.) that will pick you up at so-called “virtual stops” within 250 metres of where you happen to be.

The company insists that Moia’s intent is to get people out of their cars as opposed to off crowded transit vehicles. But Moia’s slick positioning is unconvincing. The firm is pitching a ride that promises no crowding and personal space at a price point slightly higher than a taxi fare and slightly lower than a ride-share fee. Moia’s goal for Hamburg (its permit is pending) is to deploy 1,000 vehicles within a few years, targeting a 1% share of the overall modal split.

Rather, Moia’s soothing claim is one of those anodyne public pronouncements companies make when they need to obtain something from a regulatory authority. Of course the firm is going after bus users who can afford to pay a bit more for their ride; its gambit, like other ride-sharing firms, amounts to scooping customers from transit agencies, leaving those public organizations more challenged to cover their operating costs and finance capital repairs.

A better example of how Hamburg is regulating and incorporating private mobility services into a larger strategic framework involves its so-called “switch” stations. These are transit hubs where the agency has contracted with car- and bike-sharing services to locate immediately adjacent to busy stations so commuters have first/last-mile options.

Hochbahn, Rodriguez says, is also creating a mobility-as-a-service app that allows users to purchase monthly subscriptions — not unlike smart phone packages — that provide seamless access to the various elements of the city’s mobility network, including unlimited transit, ride-sharing, bike-sharing, etc.

(Helsinki recently launched a version called Whim, which is offered by the mobility-as-a-service (MaaS) firm Maas Global. The service already has an impressive 35,000 subscribers in a city of 500,000.)

The point, ultimately, is that the one entity with maximum visibility on an urban transportation system – the city, or its transportation agencies – should never relinquish its vital regulatory oversight role with the emergence of new services and technologies. Quite the opposite, in fact: agencies like the TTC and City of Toronto transportation services should not only insist on being at the centre of any discussion about AV shuttle pilots; they should make it clear that they’ll be managing these new transit services when they come to fruition.

The other option is to fob off those governance roles to private entities that are beholden to their shareholders rather than the broader public interest, and have a vested interest in the outcome that produces the great return on their investment.

The Hamburg officials overseeing this experiment seemed very clear-eyed about the municipality’s role, and we should heed her words. “We as the public transport operator can get [these private mobility companies] together to do what’s best for the city,” Rodriguez says. “The idea is not to provide gains for newcomers with our subsidies. That is something I will never forget.”