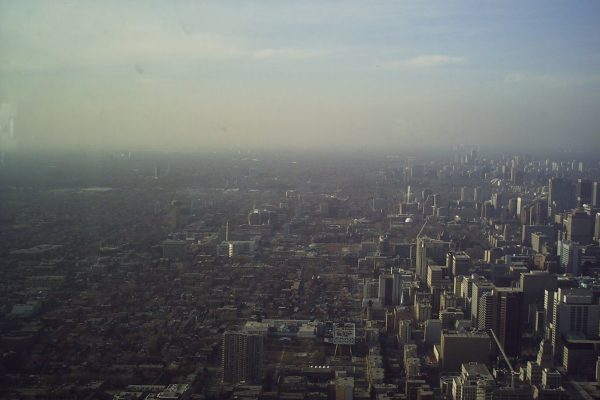 If you take a quick stroll through the Government of Ontario’s air quality tracker site – which I’d recommend doing before it mysteriously disappears in a puff of cost-cutting – you will come across a few very revealing stats:

Cast back to the hazy, smoggy summer of 2005, for example — a year when the City of Toronto had no fewer than 48 days with air quality advisories. Two years later, there were 29 days with AQ advisories. I calculated that between 2003 and 2012, the City experienced an average of 15.6 bad air days per year.

Now think about more recent history, including the past several weeks, which have been very hot and very humid. Despite the heat, that sickly orange haze that hung heavily over Greater Toronto is MIA. Since 2013, in fact, the number of days with AQ advisories for Toronto totaled five. Over four and a half years, that’s an average of less than one annually.

Breath in those data, because they’ll be gone soon enough. If Doug Ford’s attacks on Ontario’s green energy and environmental policies persist through this term — and there’s little reason to think they won’t — we’ll soon be back to the bad old days when public health officials were issuing warnings about cycling or running on certain days and recommending to family members to keep an eye on older people with respiratory illnesses.

It’s always important to acknowledge, when talking about air quality in southern Ontario, that there are all sorts of externalities at play, not least of which involve the output of the coal-powered generating stations in mid-western states like Ohio, which are up wind of Ontario. Since 2009, and the U.S. government’s bail out of the auto industry, fuel efficiency standards have improved, so those gains likely had some impact on our air quality. Lastly, weather is always a player because smog is produced from the chemical reactions triggered when sunlight interacts with airborne chemicals like nitrous oxide and volatile organic compounds.

With all those caveats, however, there is obviously a causal connection between the Ontario Liberals’ clean energy policies, the de-commissioning of OPG’s four giant coal-fired generating stations and the air quality we enjoy now. It’s also worth saying that these clean air trends have accelerated despite population growth, a lively economy, increased vehicle use and year-over-year warming trends.

Something, in other words, went very right.

It’s easy to forget that the Liberals’ ground-breaking 2007 decision to phase out coal necessitated a bold response to replace all that lost base-load energy, which accounted for a quarter of Ontario’s production.

As the International Institute for Sustainable Development observed in 2015, “Very few jurisdictions have committed to coal-phase out, let alone implemented it. But the interest in the mechanics of coal phase-out has been growing, which makes Ontario’s success and leadership on this issue particularly interesting.”

Fast-forward a decade. During this past election, Ford was successful in stirring the pot with complaints about high electricity prices and the apparently appalling prospect of a cap-and-trade emission-reduction mechanism that hurt no one and aligned Ontario with low-carbon jurisdictions like California and Quebec.

His alarmist rhetoric, inflected with dog whistles for the climate change denier set, has obscured an important reality, which is that if you take a quarter of the province’s electricity supply out of the mix – a move supported, lest we forget, by an electoral (“People’s”) mandate in 2007 – then something has to fill the void.

Much ink has been spilled about the imperfections of the accompanying green energy policies, which provided very generous incentives for wind and solar companies and investors to establish a presence here at a time when you could count the number of Ontario wind turbines on the fingers of one hand.

The armchair quarterbacks can and did criticize the inflated guaranteed rates provided to green energy firms and natural gas giants. Rural voters in areas with wind farms moaned and groaned about phony health problems and the horrors inflicted on their post-card views. But the truth is that the government had to create a market where none existed. To expect that the officials tasked with this challenge would get it right the first time is delusional.

The broader point is that there was a price to be paid for taking all the crap out of our air, and that price turned up on our hydro bills.

Ford, of course, wasn’t alone in exploiting electricity bills for political gain. Andrea Horwath’s NDP banged that drum during the 2014 election, and Kathleen Wynne’s Liberals — instead of defending their green energy policies and connecting dots that needed to be connected — opted instead to try to sooth voters with some three-card-monte (the “Fair Hydro Plan”) masquerading as policy.

At this point, it’s hard to say how far Ford’s Tories are prepared to push this part of their agenda. As many other pundits have noted, the cancellation of the cap-and-trade looks to be part of an agenda to aggravate Justin Trudeau’s Liberal government in the run-up to the 2019 federal election (Ontario’s cancellation decision, combined with the province’s promised participation in a court challenge to federal carbon tax policies, puts the climate change ball back in the feds’ court). As well, the move yesterday to cancel a large wind farm in Prince Edward County – at the reported cost of about $100 million – is as much about tending to local grievances as it is about a larger policy agenda.

But it’s not difficult to imagine that the Ford government is setting itself up to yank a lot more thread on this particular file, e.g., a costly digression into the suspect world of “clean coal.” And it’s also easy to predict the direction of the other policy domains that will directly impact air quality in southern Ontario – transit, highway construction, land use planning, vehicle emissions testing, etc.

The Tories will be working very hard to make sure that voters – The People! – don’t connect the dots. Four years hence, however, the proof of the pudding will be in the breathing. I’m guessing the era of hot summer days with clear, azure skies will be replaced by a period of choking haze, both atmospheric and rhetorical.