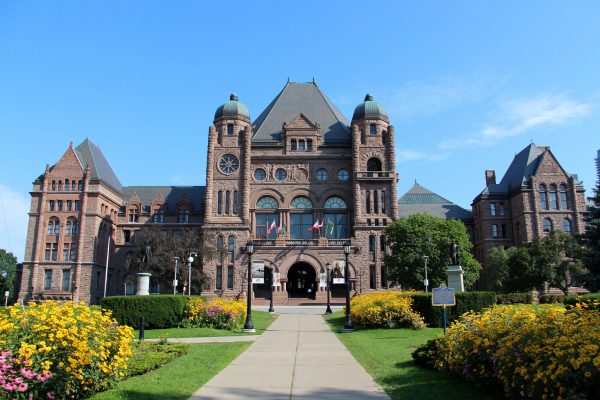 I must confess to a grudging admiration for the speed and shrewdness with which Premier Doug Ford succeeded in knocking two and perhaps even three of the four legs out from beneath John Tory’s mayoral chair, and all in less than 24 hours.

What a day! I would bet my last dollar that at some point in the past 24 hours, Ford and his ever-so-discrete mentor Mike Harris enjoyed a lusty chuckle together as they rubber-necked the 45-car pile up taking place at 100 Queen Street W., long regarded by their ilk as the Sodom and Gomorrah of Ontario politics.

So as not to parrot the observations about the assault on local democracy expressed by my various colleagues (and across the #topoli Twitterverse), I’d like to offer up a few other thoughts that crossed my mental radar yesterday:

Shock and Awe. While Tory claimed to have been caught flat-footed by the news of Ford’s decision to reduce council from 47 to 25, this move should not have come as a surprise to anyone who’s watched or listened to the brothers Ford over the years. There is literally nothing more central to the Ford Nation brand than their insistent braying about the costly excess of feather-bedding municipal hacks. An enduring political dynasty has been built around this one talking point. Ford’s move, though it wasn’t mentioned in his platform, absolutely did not come out of the blue. If Tory and his people truly didn’t see this coming, they’ve been living in a cave.

Trojan Horse. For those who’ve forgotten, the Mike Harris municipal reform agenda was a multi-headed beast that had a ton of moving parts, all of them launched in short order through mid-1995 to early 1997 to achieve maximum confusion and political chaos. They included: uploading, downloading, property tax reform, municipal and school board amalgamation, the elimination of school board taxing authority, the gutting of rent control, an end to the Bill Davis-era transit subsidy formula and the filling in of the Eglinton West subway tunnel. The whole process was infused with a strong spirit of on-the-flyism. Having manufactured an atmosphere of crisis, the Harris Tories acted first and corrected later, if at all.

Fast forward a generation, and what happened yesterday, I’ll bet, is merely the overture in a longer, multi-tentacled campaign that will almost certainly include, as Ford pledged, the uploading of the subway. That move will bring knock-on changes at the TTC and Metrolinx, and also the two defining pieces of legislation that define development in the Greater Golden Horseshoe (Greenbelt Act, Places to Grow Act). I wouldn’t even be surprised if Waterfront Toronto got caught up in this maelstrom of municipal upheaval. We’ve come full circle.

Paper walls. I spent some time wandering nostalgically through the empty rooms of the City of Toronto Act, 2006 (COTA) yesterday afternoon. The feeling I couldn’t suppress was that sinking sense you get when you go back to some fine-print-filled contract you signed but didn’t read, and only then realize you got taken.

Okay, “taken” isn’t fair. But COTA, despite an arduous gestation, remains a law steeped in its own tentativeness and institutional limitations. It is, to state the most obvious point, a provincial law, and therefore provides no external source of independence for the City for Toronto. Sections 91 and 92 of the British North America Act – the division of powers if you missed the trailer — are still alive and kicking. Nothing in COTA seriously eroded the subservience of the city to the province.

The harsh reality is that this stuff is just politics pretending to be law. The specific politics lurking behind the language is the rare alignment that allowed Dalton McGuinty and David Miller to work out special status for Toronto without causing the rest of the province to lose its shit. Today’s politics is different, and I’ll bet that the inevitable omnibus bill the Ford Tories table will gut and fillet COTA.

The Shiny Object. My best piece of political advice right now is to pay attention to what you’re not paying attention to. For the up-and-coming Machievellian strategist, the really excellent by-product of local government reform is that everyone’s got a noisy opinion about it, and that the media will obsess about all the minutiae.

We can cover the spectacle of former political allies ripping one another to shreds, obsess about how a subway system uncoupled from the bus network will deliver bodies to work or dredge up stats comparing our representation ratios to those of other places. At some point, Ford’s people may borrow another page from the Harris playbook and recruit some respected worthy – in the day, it was David Crombie and his Who Does What taskforce – to figure out if it’s all making sense.

Our eyes, in other words, will be constantly directed towards the shiny, noisy object – municipal governance! — and therefore away from all the other stuff taking place in the wings. My own guess – based only upon watching what’s gone down so far – is that the file voters need to be distracted from watching is health care reform. Ford, after all, has to chop many billions to tame the budget, and it’s inconceivable to me that he’ll find sufficient savings in the smaller provincial line items, especially now that he’s eliminated one major source of revenue (from the cap and trade system).

Remember, too, that his old friend and political ally, Dr. Reuben Devlin, has been hired, with an impressive retainer of almost $350,000 a year, to do, well, something, and I suspect that he’s not just going to be producing another report.

So: fight for local democracy by all means. But don’t be fooled into losing track of the rest of the plot.