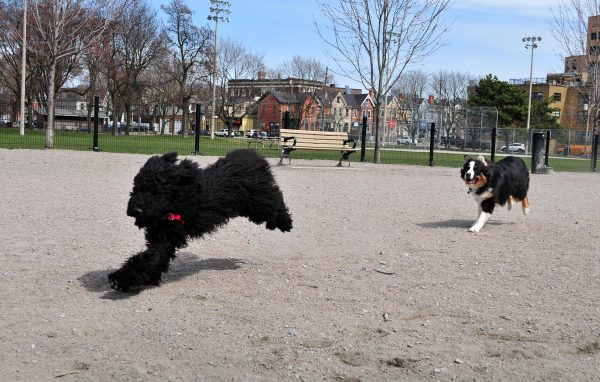 As a kid in the 1970s, the superintendent in Ricky Farrell’s North York apartment complex paid boys a nickel a turd to collect the mess of dog feces that littered the small parkette beside his building. After a few minutes this less than enticing means of earning a few cents deteriorated into a Lord of the Flies free-for-all, with older boys chasing after younger boys with sticks tipped with dog poo.

Dog ownership in Toronto ballooned in the early 1970s, leading to an increase in conflict between owners and the general public. Many felt dogs were taking over city parks, destroying gardens, depositing excrement, and frightening children. Owners claimed their right to use green space like everyone else. Both sides expressed indignation in the letters to the editor pages of local newspapers. Youngsters did as much damage to parks as Fido, or so owners exclaimed. Writing in the Toronto Star, late Canadian artist Harold Town didn’t mince words: “Let’s get the dogs and their filth out of the public parks and off our boulevards.”

Our four-legged companions needed space to exercise and socialize, not to mention attend to their business. Problems were obvious but solutions scarce. Political inaction didn’t help. Frustrated Borough of East York aldermen complained they spent a quarter of council time bickering over dog-related issues. During election years the six pre-amalgamation council chambers routinely kicked the contentious dogs-in-parks debate down to committee level.

At one point, Metro Parks Commissioner Tommy Thompson proposed an outright ban on dogs in all parks. Dog owners were ticked. Another Thompson recommendation required Toronto Island residents to get rid of their dogs altogether. When that went nowhere he suggested pooches pay the same 50-cent fare their masters paid to board ferries to the Islands.

For decades the conflict simmered. Periodically the idea of establishing off-leash parks like those operating in several European cities was floated. Fines for owners who failed to pick up after their dogs increased. Dogs were banned from specific parks. 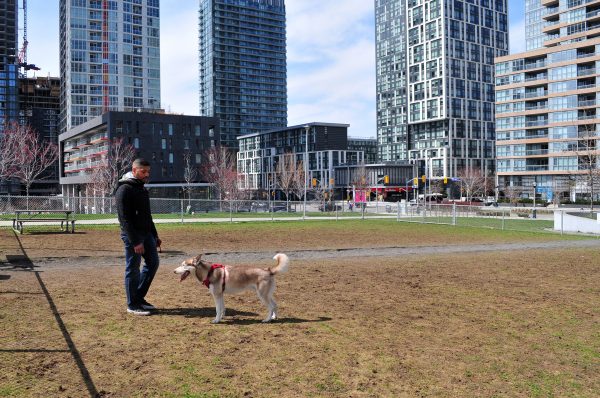 Dog ownership continued to increase. A comprehensive strategy was needed. Finally, almost a decade after amalgamation, the issue was brought to heel. Numerous stakeholders were consulted. During the process Mayor David Miller explained, “People are entitled to own dogs in the city, they need places to take them and it’s incumbent on us to work with the community and find those places.”

The 2007 staff report “People, Dogs and Parks Strategy” recommended, among other things, the implementation of a coordinated off-leash park policy be adopted by city council. Outside the demarcated areas, dogs on City-owned property would require a leash. Things were looking up for the approximately 250,000 canines residing in Toronto.

Ten years on, there are now 60-plus dog parks throughout Toronto. The Beaches community boasts a large dog population. Councillor Mary-Margaret McMahon (Ward 32 Beaches-East York) credits the “People, Dogs and Parks Strategy” for creating “space for everyone in our parks, and with dog parks it’s helpful to have those areas demarcated — spaces for people and spaces for people with their dogs.”

Since the strategy was implemented, dog owners have formed local associations. Councillor McMahon commends these bodies for their proactive work. “They do great work in leadership and stewardship and work to ensure that both dog owners and other park users can share the space harmoniously.” 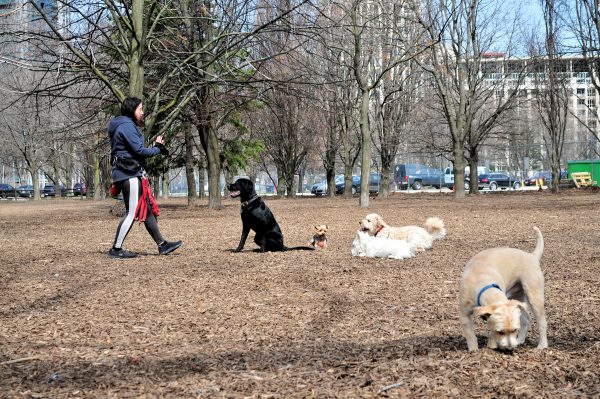 There’s still work to do, especially when it comes to waste. On average, a single canine produces a third of a kilograms of waste per day, or 124 kilos annually. Multiply this by the number of dogs visiting a particular off-leash park and waste receptacles quickly fill to capacity causing a stink in more ways than one. To combat this, Parks, Forestry and Recreation fitted dog parks with large collection bins. Some living in close proximity to dog parks complain of excessive barking. Other complaints include commercial canine walking companies corralling too many dogs into demarcated areas.

Compared with the bad old days when dog owners were in the doghouse and the general public was barking mad, the current status is a marked improvement. As Councillor McMahon put it, with “communication, respect and collaboration from all groups,” quality park time for both two- and four-legged users will only improve. 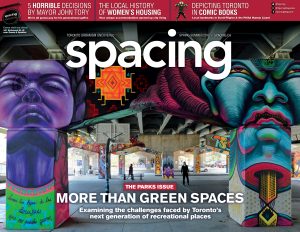