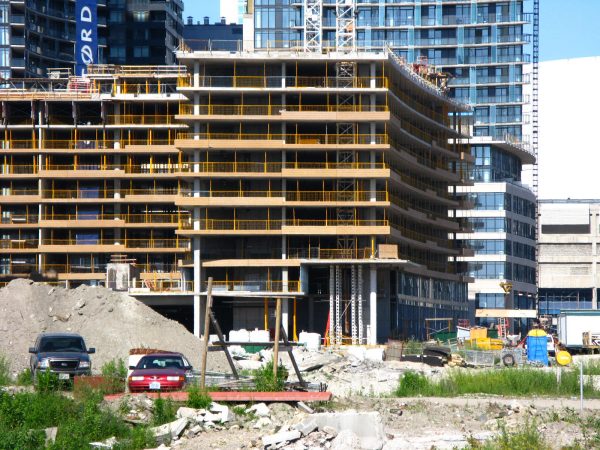 When I saw Doug Ford’s new planning legislation my first thought was “wow, I can’t believe we’re up to Bill 108 already.”

We all know planning in Toronto can be improved. Having worked in the City Planning department, I also know the path to better planning is through better politics. That’s one of the reasons I ran to be the city councillor for Beaches-East York.

Outdated systems like Toronto’s site-by-site community benefits for density bonuses (Section 37 benefits) and certain politicians riding NIMBY sentiment into office have left us stuck with out-of-date zoning, and a strong aversion to change.

Zoning isn’t glamorous but bad rules have left Toronto with too few shelter locations, a misallocated housing stock with around 2 million unused bedrooms, and an oversupply of low density buildings surrounding our major transit corridors.

62% of our city’s residential land area is protected by restrictive Official Plan policies that prevent densification – something planners refer to as the Yellowbelt because of the colour of these areas on the City’s Official Plan map.

To move Toronto out of our affordability crisis we need to replace our Yellowbelt with an affordability belt. And if we’re going to do this we need new political thinking that will break us out of what former Toronto mayor John Sewell describes as “the big compromise” when Toronto was amalgamated over two decades ago.

Toronto needs the political will to look at transitionary zoning around neighborhoods so we can actually build mid-rise housing. We need to legalize rooming houses across the city to give residents safe, affordable housing options. And, Toronto Community Housing should be delivering partnerships that deliver net new affordable housing when sites are revitalized.

However, the Premier’s direct swipe at our planning rules will not help us move forward. It’s just more politicking in planning and deeper polarization of our communities.

I know that change is always hard. That’s why planning is so challenging, and interesting. But imposing unilateral change on communities will not deliver the sort of city-building outcomes we need.

It’s important to have a mechanism like an appeal body to adjudicate planning conflicts – all sides should agree on this. Sometimes developers and vocal residents can be equally heavy handed.

Going back to the old Ontario Municipal Board rules only puts us back to an adversarial style of planning. The system we almost had under the Local Planning Appeal Tribunal would have made the test of “good planning” about conformity with the plans in place.

Communities (and politicians) are involved in making our land use plans. That’s the right kind of political involvement, where good local representatives can help steer a community led process and then development fits within that mould.

As a policy maker I know how much policy matters in the decisions the City of Toronto makes every day. But I also know that there is nothing worse for good planning and development than constantly shifting the goalposts.

It’s an irony that both developers and residents actually crave predictability when decisions are being made. This is seen when development pro formas become strained without a clear planning process. In my years as a planner I learned that more than anything else residents want good communication and involvement in the changes happening in their neighbourhood.

In my first few months as a city councillor, I’ve found myself disagreeing with Doug Ford on a lot – cuts to public health, child care, autism education, elements of transit – but we can agree that planning in Toronto can be improved. However, I’m not convinced that populist planning through tweets and press conferences is the way to do it.