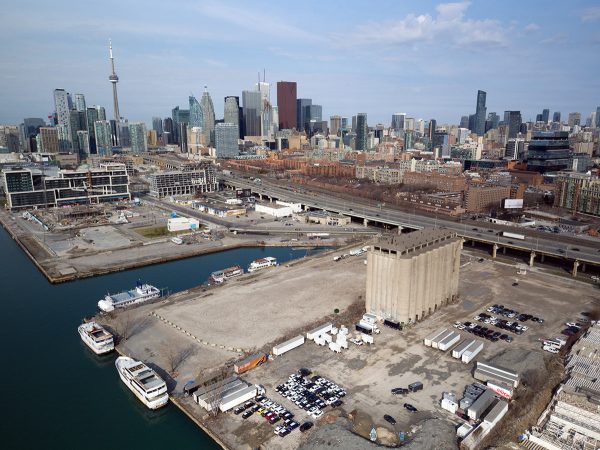 These public endorsements rankle me. It’s hard not to read them as leaders saying to city, “it’s ok, we’ve got this, don’t worry about it.” And, frankly, nothing could be further from the conversations we need to have. Now that the MIDP is finally public, I’m going to make a plea for people seeing it for the first time to have a chance to form their own opinions. Everyone is entitled to their opinions: supportive, inquisitive, indifferent, or against. But in order for that to happen, people need the space or time on their own terms to participate and engage.

A fellow urbanist reminded me that “recruiting worthies in the business of selling city building projects is commonplace,” and pointed to Olympic bids and Amazon H2Q as examples.

But this Quayside project isn’t about us a city courting a big external win, competing against other cities. And it isn’t even us as a city yet. It’s Waterfront Toronto trying to sort out whether this plan is worth pursuing to the point that it would be delivered to the City of Toronto. And as part of their process, Waterfront Toronto is formally consulting the public and subject matter experts for their read of what’s in the MIDP to help the board decide whether this pitch is worth accepting. (The first session took place last night in North York.)

The task of trying to host a public conversation about this project is formidable. The MIDP is massive (1524 pages long). You know it’s a big read when the “Note to Reader,” an annotation produced by Waterfront Toronto, is 66 pages! The timing is tough in the summer, too.

For the public process to work, the material needs to be accessible. To date, there is still no version that is fully compliant with the Accessibility for Ontarians with Disabilities Act. This compliance matters because the designed version isn’t importable into devices that help make text-based documents more accessible. Waterfront Toronto requested such a version from Sidewalk Labs before the June 20 release, but it has yet to be published. For civic conversations as important as this one, accessibility isn’t optional.

I am very much looking forward to learning what people who aren’t inside and alongside this project think of the MIDP. I am also looking forward to seeing who we collectively are as a city during these conversations. My sincerest hope is that people who are new to the process will join Waterfront Toronto in talking about the plan. While some early voices have weighed in, a project of this ambition and significance really needs the power of our collective review and plural perspectives. The power and legitimacy of public voices in this process is a vital input.

Let’s be brave. Let’s be democratic. Let’s give people who are new to the table time to read, think, digest, question, and share. Let the public process unfold and let’s hear what people actually think. The MIDP is bold and it pushes on all kinds of status quo. As a community, we have a civic responsibility to dig into the plan.

Instead of taking the word of civic leaders, ask questions. Join the conversation. It doesn’t make you a NIMBY. It makes you a Torontonian.

Pamela Robinson is the Director of Ryerson University’s School of Urban and Regional Planning and a Spacing contributing editor. In 2018, she was the Academic Advisor to the Sidewalk Urban Fellows program. Pamela is a member of Waterfront Toronto’s Digital Strategy Advisory Panel. The views expressed here are personal ones and do not necessarily reflect either those of the Panel as a whole or Waterfront Toronto. Follow her on twitter at @pjrplan.