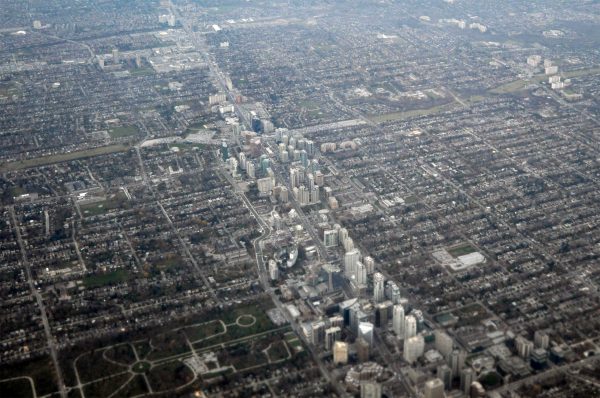 Toronto council today took one small step towards a more rational and potentially more equitable residential land use planning policy with a motion, moved by Mayor John Tory and supported by housing czar Ana Bailao, calling for a report on adding density, missing middle forms, and more housing options in the so-called Yellowbelt.

The decision comes as a surprise. In this city’s politics, few policies are as sacrosanct and untouchable as the bevy of regulations and official plan rules designed to protect so-called “stable” neighbourhoods, including the vast expanses of the post-war city where only residential detached homes are permitted. This area, three times the size of Manhattan, has been bleeding population for years, and could benefit from additional density, beyond the grudgingly permitted secondary suites.

It’s possible that torrent of recent editorial pressure (here, here, here, here and here) captured Tory’s attention. Maybe it’s the recent news from places like Minnesota, Seattle, and Oregon – all jurisdictions that have ended single-family zoning in one swift move (Toronto doesn’t have explicit single-family zoning, which was banned several decades ago, but the R and RD zoning is the de facto equivalent). Or perhaps Tory and his colleagues have taken note of reports from Berlin, where city governments have moved aggressively to put the brakes on rent inflation.

Yet I’d like to believe they’ve tuned in to the growing volume of anecdotal evidence of the middle-income people – firefighters, nurses, teachers, and so on – fleeing the city because they can no longer see a way to ford the fiscal Grand Canyon that has opened up between their salaries and house prices, including condos, which are now also beyond the reach of most buyers. The related evidence, which may have also filtered into the second floor of City Hall, comes from the tens of thousands of lower-income Torontonians who have few or no economic choices, and are increasingly consigned to over-crowded, substandard or precarious housing.

Whatever the motivation, today’s vote is about council at least preparing to cross the regulatory Rubicon. The obstacles will be formidable: beyond the predictably tedious eruptions of NIMBYism from residents groups and some councillors, the city will have to sort out how to reconcile the motion’s high level intention with well-established planning policies, especially Official Plan Amendment 320, a sneaky piece of work which doubles down on the rigid protections afforded “character” neighbourhoods.

I have no special insight into what the planning department will come up with when it reports back on the motion in the fall, although if I had to bet, I’d guess we’ll be told the city needs to undertake studies, pilot projects and all the other hesitant gestures that could doom this idea to the death of a thousand small cuts. Lacking the kind of political clout that American mayors enjoy, Tory has little ability to argue for quickly ripping off the band-aid and allowing triplexes, etc., in single-family neighbourhoods across the entire city, as was done in Minneapolis last December.

It’s also critical to say that the policy prescriptions that ultimately emerge should be part of a broader housing strategy, the components of which include strategies for promoting more affordable purpose-built rental, stepped up redevelopment of publicly-owned lands for subsidized or co-op housing, and incentives that tightly tether affordable housing projects with the city’s green building/climate change objective, as is being done in New York City.

The key point is that if council truly wants to tackle Toronto’s housing affordability crisis, then any zoning changes in residential neighbourhoods must be regarded as necessary, but nowhere near sufficient. They begin a conversation about who gets to live where, and why the dubious right to stability that we’ve provided homeowners for so long ensures housing instability for everyone else.

A couple of modest suggestions:

First, if we take the Ford government at its face (which is a big if), then it’s possible to discern an actual tripartite consensus that housing affordability is a big issue, and one that needs to be tackled in new ways.

What I’d like to see is that the city, in cooperation with the two other orders and the school boards, develop a comprehensive inventory of all surplus or under-used public lands which could be set aside permanently for affordable housing instead of sold off to condo or commercial developers. If we’re thinking really ambitiously, the three orders could create a single entity that manages this portfolio.

The case for retaining public ownership as a means of taking capital cost out of a building project is well established, and the city should be leading the push to use these invaluable assets to advance its housing affordability goals. That means determining the right combination of incentives to encourage builders to enter into long-term lease arrangements, and then identifying investors, including non-profits with impact investing goals, that are willing to finance such long term projects.

Second, instead of busying itself with creating overly prescriptive design guidelines for what should be allowed in the Yellowbelt, the planning department should formulate a housing affordability dashboard that allows council and the public to track what is actually happening on the housing affordability/missing middle front.

We have more than enough statistics about real estate prices, rents and condo projects in the pipeline. But there are still giant data voids that prevent decision-makers from understanding whether things are getting better or worse.

A citizen’s group formed to track the progress of council’s Housing Now initiative (10,000 rental units on 11 city owned sites, including 3,700 affordable apartments), although there’s already evidence that some local councillors are aiming to deploy dubious justifications to nit-pick this plan into submission. Cudos to the citizen’s group, but the city’s planning should be doing this kind of public reporting.

What else should go on a dashboard? If the city actually moves to allow more density in residential areas, let’s publicly track the number of duplex, triplex and fourplex applications/approvals, new laneway housing projects (as opposed to global numbers about eligible properties), approval waiting times, conversions (e.g., rooming house to single-family), and so on.

The point of creating such a tool is for council and the public to be able to track progress and make course corrections where necessary.

I’d like to give most members of council the benefit of the doubt, and assume they actually want to find ways to make Toronto more affordable, accessible and equitable. Yet the push for restore a measure of affordability in Toronto will be a long fight fought on multiple fronts, and we’ll all need to know — in ways that go well beyond the anecdotal — whether the city is moving towards its state goals.