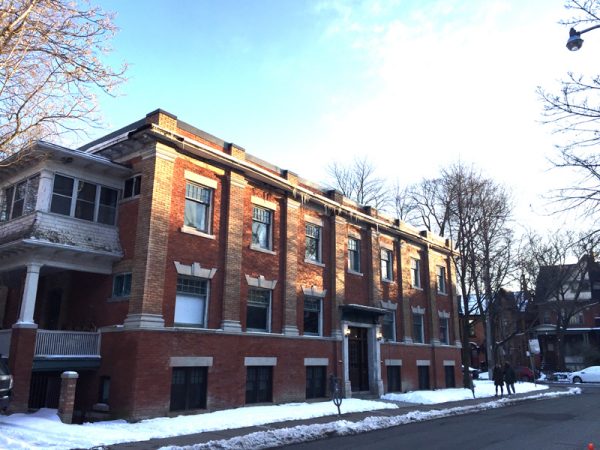 Toronto’s housing affordability crisis has long dominated headlines and political discourse, but measures introduced by our governments have so far been unable to appease it. Our housing market continues to propel itself further and further out of reach for the average worker and inequality is reaching record highs. Earlier this month, the Globe and Mail hosted the first instalment of its National Housing Innovation Event Series to foster a conversation on innovative approaches to housing affordability. The event, organized by the Keesmat Group and presented by the Canada Mortgage and Housing Corporation (CMHC), brought together experts from across North America to discuss why existing measures haven’t done enough and what we can learn from other cities.

There is no discounting that all levels of government are taking substantive steps to act on our housing affordability crisis. The federal government’s National Housing Strategy, the provincial government’s Housing Supply Action Plan, and the city’s HousingTO Action Plan are all indicators of the importance of housing on the political agenda. While it’s too early to feel their effects, progress is underway, and it’s a signal that governments are re-entering the housing sector after decades of absence. However, it is unlikely that these measures, at least in their current states, will be enough to quell our housing crisis.

One key barrier hampering the effectiveness of these strategies are the government’s own policies. President and CEO of CMHC, Evan Siddall, drew attention to the fact that there are “policies from all levels of government that worsen housing affordability, by restricting supply or stimulating demand, both of which only push prices higher.” Such examples are incentives for first-time home buyers, restrictive zoning and a slow, expensive and sometimes unpredictable approvals processes. As Michael Cooper, President of real estate company Dream, said, “the way the system regulates benefits big players.” The only type of new housing we can really build are high-rises, which are prohibitively expensive, and come with a large amount of risk, meaning that even smaller-scale developers have difficulty in participating.

Development and its associated industries are key drivers of Canada’s economy, accounting for a huge portion of our GDP growth. Real estate, rental and leasing is the biggest private sector component of Canada’s economy, making up more than 12% of our GDP. It’s easy to see why Siddall suggests that Toronto needs “aggressive, even disruptive densification” to make housing more affordable and drive economic growth. Our present regulatory environment has laid the foundation for this industry, and it’s no surprise that our governments are hesitant to mess with what has become one of the best-performing sectors in a slow economy.

With over 100,000 newcomers to the Toronto region every year, it’s hard to argue against the need for huge amounts of new housing supply. But we need to find ways to make new supply more affordable. One approach put forward is ‘gentle densification’ of our single-family neighbourhoods, which currently make up around 70% of our city’s land area. We have begun this with laneway housing, and we have plenty of historical examples of gentle density in our residential neighbourhoods that would be illegal to build now. Densifying these neighbourhoods could produce hundreds of thousands of new housing units. Heather Worthington, Director of Long Range Planning for the City of Minneapolis, spoke about her city’s success in upzoning their single-family neighbourhoods, by rooting the policy in social equity and working to engage all demographics to garner support for this transformative change.

Further supporting the cause for gentle density, Christopher Hawthorne, Chief Design Officer of Los Angeles, found that four-plexes are the most cost-effective type of housing unit to build. Gentle density would empower individual homeowners and spread wealth beyond the current class of developers. Feasibility of these developments rest on their predictability or development as-of-right, meaning that zoning bylaws must be updated across Toronto, otherwise homeowners will face the same hurdles that large developers do when going through the approvals process.

However, supply is not the simple solution. Toronto has built a lot of housing in the last decade and it has only become more unaffordable. Cherise Burda, the Executive Director of the Ryerson City Building Institute, argued that the market cannot solve this issue on its own. Governments need to be “much more active in affordable housing development, and not just in large projects.” The ‘missing middle’ is not necessarily a catch-all solution to our affordability crisis, as these homes could become similarly expensive, particularly as they’re located in sought-after residential neighbourhoods. Skyrocketing construction costs, as massive infrastructure projects compete with housing construction for skilled workers further exacerbate the costs of building new supply.

Ultimately, Canada’s housing system may need a fundamental rethink. Siddall argued our governments have overwhelmingly favoured homeownership at the expense of renting, leading to widening inequality and contributing to our housing affordability crisis. Providing more support for the rental sector and protections for tenants could go a long way in housing security and inequality. Interestingly, the panellists were unanimous in their view that governments have a necessary role, from evening the playing field to having a direct hand in the provision of affordable housing. Governments should consider revisiting partnerships with non-profit organizations and cooperatives, perhaps by offering them land, to produce more significant amounts of affordable housing, just like we have successfully done so in the past. The current practice of new affordable housing supply through mixed-income buildings has many merits, but these units only remain affordable for 25 or 30 years.

Toronto has come a long way in recent years, and its proven to be a global magnet for people and capital. Our future is at stake, however, if concrete action isn’t taken to address our housing affordability crisis.

Andres Griffiths is a self-styled policy wonk with a master’s in Urban Planning from the University of Amsterdam. He works as a Special Assistant to Hon. Carolyn Bennett, the Member of Parliament for Toronto-St. Paul’s. The views expressed here are his own and do not necessarily reflect those of his employer.