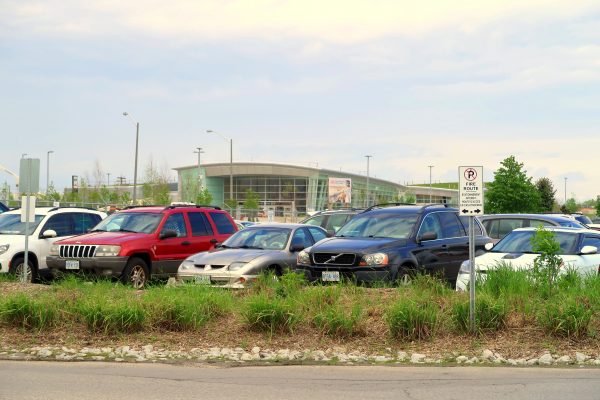 The key take-away in the Metrolinx business case report released last week, on the economics of the Scarborough subway, is as simple as can be: the vast sums we’re burying in that mega-project will never, ever be recouped by the economic activity it’s meant to generate, from the construction jobs to development along the line and improved mobility for those living nearby.

This kind of cost-benefit inversion is Toronto’s specialite de la maison – building rapid transit lines that fail to deliver the civic goods – intensification, jobs, compact communities, reduced emissions, etc. The Spadina extension up to Wilson (1978) has long served as a case study in under-utilization, and the much-delayed extension up to Vaughan Metro Centre may well revisit those historic disappointments.

Or perhaps not. Aside from its very important promise of boosting the supply of affordable rental, the first of the Housing Now projects to receive council approval – 50 Wilson Heights Boulevard – offers some compelling clues in how to not to fail the very same test over and over again.

The calculus is so simple: City land plus an affordability mandate plus proximity to rapid transit equals equitable planning and lots of return on both social and financial capital (taxes).

You don’t need to spend too much time on Google Maps to find similar parcels — all those parking lots on the eastern end of Danforth, plus capacious commuter lots at stations like Kipling and Islington (both of which will become HousingNow redevelopment sites). The importance of 50 Wilson is that it managed to circumnavigate the naysayers and blazed a trail to ‘yes.’ All council has to do now is hit repeat.

These development projects will make a difference, but mainly at the margins of an accelerating housing affordability crisis. If council truly wants to reach for a big bang solution, it need only shift its gaze a bit west of 50 Wilson Heights Boulevard, to the now de-commissioned Downsview airport, and the three subway stations arrayed, more or less, along the north-south axis of the main runway.

That corridor represents the most substantial city-building opportunity Toronto now has outside the Port Lands. It is a tabula rasa space where the interconnected principles of Housing Now-style affordability and transit-oriented development can be fully realized. What’s more, all the city needs to do is watch and learn how Edmonton is managing a similar redevelopment in its own backyard.

The 150-hectare Downsview lands, long owned by Bombardier Aerospace, were acquired two years ago for $871 million by the Public Sector Pension Investment Board, which manages about $170 billion in retirement savings for federal civil servants. While the whole area is zoned for industrial use, the past week has seen some controversy (as reported in the Toronto Star) over the fact that Mayor John Tory changed his tune about the ultimate disposition of those lands.

When the sale happened, Tory said he felt they should continue to be reserved for employment-related purposes. But he now thinks they should be redeveloped for mixed-use residential/commercial development – a change of heart that could be connected to the presence of his former chief of staff, Chris Eby, on the executive team of the PSPIB’s new real estate division. As my colleague Alex Bozikovic reported in today’s Globe and Mail, Canada Lands Corp., which manages federal real estate, will contribute another 60 hectares — a crescent of mostly fallow property at the north end of the airport lands as well as a chunk of land just west of the Sheppard West subway.

While it’s important to ensure that no one is exerting undue influence, Tory’s pivot was absolutely on the mark, with a few important provisos. First, that any re-development on Downsview doesn’t become a residential monoculture. Second, that its built form is dense, sustainable and compact (no single-family houses, please). And third, that the city work closely with PSPIB to ensure that these lands become the home of all that purpose-built affordable rental that Toronto so desperately needs but has been failing to build for decades — or at least until council embarked on the Housing Now program last year.

Well before Tory’s musings last week, PSPIB had set up an advisory group that includes planner Ken Greenberg with an eye to creating a secondary plan for the sprawling property.

For context, just the corridor along the main Downsview runway would fit easily along that stretch of Yonge between Lawrence and Davisville, with a decently deep city-block of space on either side. At the south end is a direct link to the Wilson station; at the north end is the Downsview Park station, which has a GO connection. In the middle, but about half a kilometre east, is the Sheppard West station. It is not difficult to imagine this runway evolving into a main street lined by mid-rise apartments, retail and even offices, with east-west links to adjoining neighbourhoods, employment zones and public parks.

Remarkably, Edmonton has been pursuing an almost identical, although slightly larger, airport redevelopment for several years. The Blatchford project (over 200 hectares) will feature a host of carbon-neutral development features (district energy, sustainable design, etc.), as well as future connections to the city’s LRT network. The airport closed in 2013 and the first residential projects broke ground last year. The city is acting as developer, with homebuilders bidding on various parcels as they’re released. The main runway will serve as the organizational spine for the community, which will eventually provide homes for 30,000 people. None of that housing, however, will be earmarked affordable.

The speed with which City of Edmonton officials moved on Blatchford is a thing to behold, and sets a high bar for Toronto, should we choose to emulate aspects of their model. But the Downsview lands already have the transit in place, so they’ll be attractive to builders from the get-go.

There are other important elements to the re-casting of Downsview’s future. One biggie has to do with the ownership of the lands. Defined benefit pension plans like PSPIB crave assets that provide reliable, long-term revenue streams; after all, each retiring civil servant needs to be matched to a steady flow of income that must last for decades. Multi-unit rental buildings are an ideal investment vehicle to achieve these targets, and indeed many institutional investors have been snapping up apartment buildings lately for precisely this reason. They’re not looking to flip condos and get their money out as fast as possible.

But unlike Blatchford and the Housing Now parcels, most of Downsview site is not in public hands (except the CLC holdings), so any development plan must account for the cost of the land — relatively inexpensive, at about $2.3 million per acre. In other words, the City will need to work harder to ensure the development of affordable purpose-built rental alongside the more market-based housing and commercial/office offerings, as well as whatever open space or public realm requirements become part of a plan.

The good news is that ever since the Regent Park revitalization began in the mid-2000s, the city’s development industry has accumulated experience with large-footprint deals that include market, non-market and commercial/institutional uses. Daniels, Tridel, Metropia, RioCan, Hines, Dream Kilmer Tricon – these building groups are all versed in the art of delivering projects that mix commercial goals, public lands, purpose-built rental and various social policy objectives, including affordable housing mandates. The winning bidders on the various Housing Now parcels will also bring those same kinds of skills to the table because that’s precisely what the city is demanding.

In a way, the planets are aligned elegantly — patient long-horizon capital, existing infrastructure, a prime location, a peer city carrying out a nearly identical project, and a tested model for mixed-tenure/mixed-income/mixed-use development. CLC, which has bungled the Parc Downsview Park venture for going on three decades, gets a chance to redeem itself. Finally, add in the abundant need, plus a growing understanding on the second floor of City Hall about the political and bureaucratic moves needed to steer these projects away from the bog of both NIMBY backlash and analysis-paralysis.

Downsview, in short, holds out the entirely attainable promise of massive change for Toronto’s housing crisis. As the city is doing with the first Housing Now sites, this game-changing undertaking should be cleared for take-off as quickly as possible.