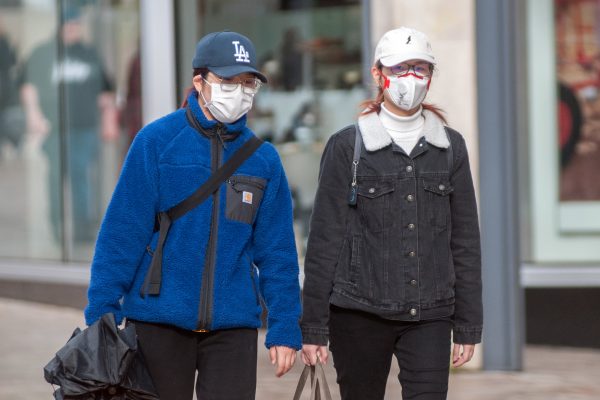 “Resilience” in recent years has emerged as the sexiest new addition to the lexicon of urbanist jargon — a word that denotes a kind of core strength, what we all hope we have in times of crisis, but elevated to the level of societal institution.

Thanks to the allocation of some philanthropic dollars, many municipalities have hired chief resiliency officers, who dutifully set to work trying to figure out what resiliency actually looks like in the context of local government services. The City of Toronto last year even published its first resiliency strategy.

To my ear, however, the buzzy resiliency debate is a bit like the sound of one hand clapping. Resiliency against what, exactly? There is the list of familiar threats – widening income inequality, rising sea levels, Biblical storms, power interruptions, heat waves, etc. — but the project still has had something of a theoretical quality about it. (The document is packed with sentences like, “A shock is a sudden sharp event that threatens the immediate well-being of a city…”)

Of course, the high-speed COVID-19 narrative of the past week has, with ruthless efficiency, revealed which societal institutions are truly resilient and which aren’t. It’s worth noting, in passing, that the City’s 160-page resiliency strategy, for all its soothingly anticipatory rhetoric, doesn’t once mention pandemic prepardedness – an impressive instance of missing the point.

We can draw some quick conclusions from the rapidly changing pandemic developments. First is that the private economy isn’t especially resilient (although it seems the consumer products supply chain still has plenty of toilet paper production capacity left). Even though we live in a capitalist society that venerates innovation, investment and growth, this pandemic will fell businesses of all scales, leaving in its wake a hellscape of bankruptcies, shuttered stores and abandoned assets. The stories about the profiteering on Amazon also offer further proof that in times of crisis, the profit motive can rapidly morph into something jarringly predatory.

While some companies have done right by their afflicted and effected employees, most will only provide assistance if required to do so, and then using the financial supports now being released into the economy by governments and central banks.

In fact, in resiliency-demanding moments like these, all heads invariably swivel in the direction of the upper orders of governments, which uniquely possess the resources to halt or slow chaos. They have the financial and regulatory heft to buy emergency supplies, deploy emergency personnel, and enforce emergency measures meant to contain rapidly spreading problems. Note, too, that the chorus of fiscally conservative drum-thumpers has fallen silent, because they, too, know that all we really have to depend on right now are the public institutions they delight in attacking in normal course.

The most egregious practitioner is Ontario premier Doug Ford, who, when he was merely a city councillor, encouraged brother Rob to refuse a no-strings 2011 provincial grant to support certain Toronto Public Health programs. As premier, Ford pushed for steep public health cuts in last year’s budget — an idiotic move that was hotly opposed by lots of voices and subsequently tabled.

There’s some irony in the fact that all the chatter about resiliency has tended to emanate from the municipal level, which, needless to say, is least equipped to deliver. Yes, local government could, if it so chose, take action like mandating stringent building codes that prevent dramatic heat loss in apartments in the event of winter power outages, or construct more social housing as a way of building resiliency among lower income families. But for the most part, local governments haven’t taken such steps, beyond commissioning studies and issuing non-binding policies.

This morning, Mayor John Tory’s office released an emergency economic task force action plan to help local businesses and workers survive the slowdown. Some of the measures will make a difference — for example, protecting city employees from layoffs this month due to program cancellations. The other proposed measures likely won’t have much impact. The taskforce is promising “a substantial contingency fund” to help businesses and other groups. The reality, however, is that the City of Toronto doesn’t currently have that kind of cash lying around and council is unlikely to open the spigots to provide it.

I’d argue that if we’re going to talk seriously about resiliency, we need to embrace a much more clear-eyed understanding about the relationship between the evidently vulnerable private sector and the public sector’s capacity to protect citizens in times of duress.

In recent years — and indeed over several decades — neo-conservative politicians have been aggressively stripping governments of their taxing capacity (and resilience) in order to boost private sector productivity. An explicit recent example would be Stephen Harper’s decision to slash corporate taxes and reduce the HST, both moves that Justin Trudeau’s Liberal government has failed to reverse. The river evidently flows in one direction, and all those companies that have benefited from the gutting of public services are now clamouring for help to sustain them as consumer demand craters.

Well below the level of capital-P political gesture-making, governments are also expected to be constantly searching for “efficiencies” and eliminating redundancies – the implications of which now hover menacingly behind the statistics about the number of available acute care beds and ventilators.

Then there are all the services that operate even further from view. Has the relentless drive to cut public sector payroll costs and drive out excess spending impacted, for example, the city’s ability to staff critical infrastructure if (perish the thought) large numbers of highly trained employees are forced to self-isolate? You could ask the same questions of provincial assets, like nuclear power plants. We can only hope that the emergency preparedness planners had not only the foresight to anticipate these kinds of stress events, but also the ability to convince their bureaucratic and political masters that a certain measure of intentional redundancy is, in fact, the best guarantee of resilience.

For now, no one knows how any of this will play out. It seems true that Canada internalized some hard lessons about pandemic response after the SARS outbreak in 2003 and H1N1 in 2009. Yet we need to dig deeper. When this crisis passes, as it will, Canadians need to engage in a smarter conversation about the intimate relationship between resilience, taxes and the case for a layer of protective flab in a public sector that must always step up to protect citizens when things seem to be going haywire.