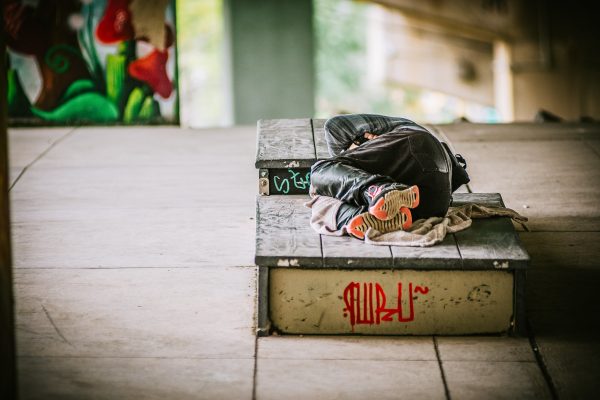 As of May 14, Toronto Public Health (TPH) and the Shelter, Support and Housing Administration (SSHA) have identified over 299 cases of the COVID-19 among the roughly 7,000 people staying in the shelter system. Nine are in hospital and two have died, including one person in the last 48 hours.

Just over a month ago, there were only eight reported cases. Such a sudden and dramatic spike raises questions as to how effectively and accurately TPH and the SSHA and their partner organizations are testing, tracking and reporting the numbers.

On April 23, I asked TPH via email, to provide the number of homeless shelter residents that have been tested for COVID-19 thus far. I was simply requesting a specific number (e.g., 1, 5, 22, 150, 400…) rather than the wordy and obfuscatory official replies to which I’ve become accustomed.

Words matter; but when it comes to tracking infection rates in a given population, numbers matter more.

The procedure, according to the city, is that anyone who wants access to the shelter system and appears to be symptomatic is referred to one of the hospital-based assessment centres before being admitted. As for the shelters themselves, a TPH spokesperson told me that to date, “all staff and residents have been tested in shelter settings where an outbreak has occurred in a unit or floor (emphasis added).” Thereafter, the spokesperson explained, “laboratory-confirmed cases are reported to Toronto Public Health, and a full investigation of the case, and their contacts, is completed.” (Those in the system who’ve had close contact with someone who tests positive are “referred to an isolation program,” the spokesperson added.)

In a roundabout way, what TPH is apparently saying is that it is only testing and tracking at locations that have already experienced and reported an outbreak. In other words, TPH and the SSHA are waiting for outbreaks to be reported before testing shelter clients rather than testing in order to prevent outbreaks from occurring in the first place.

But exactly who does the reporting and how effective is it?

In a recent email, I asked TPH, as to whether the agency is planning to test for COVID-19 in any of the four motels that Toronto subsidizes for homeless and refugee families, i.e., the Alexandra Motel, Strathbridge Suites, The Lido Motel and the Comfort Hotel.

According to the agency’s spokesperson, “testing in these settings is done on a site by site basis after a positive case has been confirmed in the facility, and a risk assessment of the setting (e.g., how large the facility is, how many clients per room/sleeping area) has been completed.” They continued: “Decisions to conduct testing are made by the shelter management, in consultation with health care partners and local public health.”

Note that my question specifically pertained to the four subsidized motels and not homeless shelters in general. At any rate, again, it is just another roundabout way of saying that TPH and the SSHA are waiting for outbreaks to occur rather than testing proactively to prevent them. But the statement does at least answer the question as to who does the initial reporting: medically unqualified shelter management (and the SSHA’s Family Residence, which is responsible for the subsidized motels). Even the decision to test is ultimately left up to management rather than health care professionals, albeit apparently in consultation with them.

How well is that strategy working?

Arguably, not that well. For example, at Homes First Shelter, a facility for refugee families, has 178 cases to date, accounting for over half of the total cases in the overall shelter system. And if this approach is not working in a refugee shelter, why would officials think it would work in the privately run for-profit subsidized motels that also have a significant refugee population, but are subject to even less public oversight?

So far, eleven shelter residents have been hospitalized of which three have recovered. Roughly 95℅ of cases are asymptomatic or mild and the overall infection rate appears to be still quite low, at around 3.5℅. So at this point, it seems highly unlikely that we will see a replay of the widespread infection and mortality rates that are being reported among nursing home residents.

(However, according to another study published by the Homeless Hub, “people experiencing homelessness are at an increased vulnerability of being exposed to and/or contracting various infectious diseases…because of difficulties related to their experiences of homelessness including: maintaining personal hygiene, obtaining adequate nutrition, staying in crowded and poorly ventilated environments.”. As most shelters are overcrowded, this “increased vulnerability” will likely be exacerbated.)

In order to flatten the COVID-19 curve among the homeless, the City must stay ahead of the curve, and the only way to do that is to proactively test and track. The current strategy of waiting for outbreaks to be reported by shelter and motel management before testing and tracking is clearly ineffective and may well lead to more deaths.

John Clapp reports on affordable housing and homelessness for Spacing and Toronto Storeys and is a contributor to House Divided (Coach House Books, 2019). He wrote about being homeless in this city in July for Toronto Life. Follow him on twitter at @JohnCla14975279.\