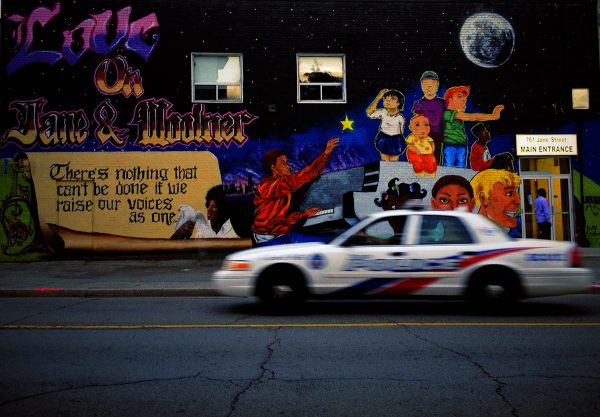 Would Regis Korchinski-Paquet be alive today if the Toronto Police Service (TPS) had adopted the recommendations of a sweeping 2014 review of its flawed approach to dealing with emotionally distressed individuals?

This, to my mind, is a critical question in the broader debate over the size of the police budget and systemic anti-Black racism on the force, and one that should surface at tomorrow’s Toronto Police Services Board session.

Just days after George Floyd’s death in Minneapolis, the young High Park woman fell 24 storeys to her death after five TPS officers, responding to a 911 call from a family member, entered the apartment where she lived. The Special Investigations Unit is investigating.

According to a spokesperson, the TPS did not dispatch a so-called mobile crisis intervention team (MCIT) to the call that day. MCITs consist of a uniformed and specially trained officer travelling with a psychiatric nurse. The TPS has ten MCIT teams, consisting of 16 officers and 37 nurses, and available throughout the city. They respond to calls between 11 a.m. and 11 p.m., which, according to the TPS, are the periods when requests for service are highest.

The official reason that an MCIT didn’t respond after Korchinski-Paquet’s mother called for assistance is that it was deemed an emergency situation and MCIT are not sent to such calls.

But six years ago, retired Supreme Court justice Frank Iacobucci wrote a 400-plus page report on how the TPS should reform its approach to dealing with calls involving emotionally distressed people, a disproportionate number of whom — many of them people of colour — end up getting killed during such encounters.

The report came on the heels of the police shooting of Sammy Yatim, as well as an unprecedented triple coroner’s inquest into the deaths of three emotionally disturbed individuals (Reyal Jardine-Douglas, Michael Eligon and Sylvia Klibingaitis) at the hands of police. The jury recommended enhanced de-escalation training, among other reforms. (I reported on one notably successful model, first developed in Memphis, in The Walrus.)

Iacobucci’s findings are well worth revisiting. His third recommendation [page 13] was that the TPS should amend its response procedures to “to provide for the mandatory notification of MCIT units for every call involving a person in crisis [emphasis added].”

Iacobucci also wrote that the TPS should consider expanding the program’s geographical reach, making it operational 24 hours a day and allowing MCITs to act as first responders in certain circumstances. According to his description of established procedures, first responders dealing with someone suspected of being in a state of crisis are “directed to contact the MCIT, where available.” He also urged the TPS to increase the contingent of MCITs operating in the city.

Did any of this happen? According to a spokesperson, the TPS receives about 30,000 mental health calls each year. In fact, the TPS’s 2020 budget submission says calls involving people in crisis, overdoses, and suicide threats have all risen by double-digits since 2015.

Yet the TPS, as of 2014, had nine MCITs covering 15 divisions. Since Iacobucci’s report, the TPS expanded the program by just one team, to ten.

In a report on “current events” that will be debated at the TPS board tomorrow, chair Jim Hart includes several recommendations about police response to mental health calls, including expanding “the Mobile Crisis Intervention Team Program on an urgent basis to meet current service demands” using existing TPS funding. As Hart states, “the MCIT Program is unable to meet the real-time demand for mobile crisis intervention that exists daily in Toronto.”

That the board is now seized of the need for urgent action on this file is, I suppose, good news. But Iacobucci’s extensive and compelling review of this aspect of policing — which Hart somehow neglects to reference — was informed by a grave sense of urgency. That call to action came six years, and several more deaths, ago.

It’s worth noting that Iacobucci’s final recommendation was that the TPS prepare a detailed progress report on how it’s done in terms of implementing the reforms he so painstakingly set out.

At the time, Bill Blair, the chief who commissioned Iacobucci’s review, was publicly enthusiastic about the proposed reforms, but then decamped for electoral politics. Mark Saunders, his soon-to-be former successor, never seemed especially interested in this aspect of policing. Last October, five years after Iacobucci’s work, he put out the TPS’s new mental health and addictions strategy, a series of feel good pledges that is noticeably short on specifics, and certainly expresses none of the urgency contained in the report Jim Hart will be tabling tomorrow.

Iacobucci, a senior partner at Torys, told me this week that his understanding was that the recommendations in his report had been adopted. Over the past week, I asked the TPS several times for a document outlining the organization’s responses and actions on his various recommendations, and received no answer.

In fact, what seems clear, given the language Hart has used in his report to his fellow board members, is that the TPS did nothing of the sort.

Think about that for a moment.

Let’s go back to the question at the top of this column. Korchinski-Paquet, according to media reports and comments from her family, had been suffering from increasingly severe seizures. On previous occasions, the police had been called out. For years and years and years, through reports and inquests and trials and more reports, we’ve been told that de-escalation is critically important.

Did de-escalation happen? We’ll have to wait for the SIU to come to a formal conclusion about how this young woman died. But the question desperately needs to be asked, and should, to my mind, be examined in depth by a coroner’s inquest. A spokesperson for the Attorney General’s office told Spacing yesterday that the Coroner’s Office can’t, by law, convene an inquest until the SIU has completed its work.

That such a step seems necessary is truly depressing. Going back over 30 years, to the 1988 shooting of Lester Donaldson, Toronto coroners have had to call inquests to probe the deaths of emotionally disturbed individuals at the hands of the members of a police service that cost Toronto taxpayers $1.08 billion this year.

We shouldn’t be doing this over and over again. Frank Iacobucci provided Torontonians, and our inexcusably expensive police service, with not just an urgent case for reform, but also a road map for how to get there.

The TPS and its overseers essentially ignored him. And here we are, again.