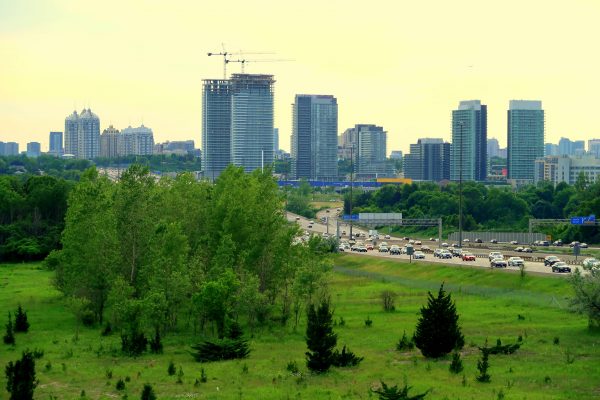 A thought experiment: Imagine Toronto is a big city experiencing a housing affordability crisis and steadily worsening polarization. Municipal officials find themselves seized of the issues and decide to act on the problem. They come up with an action plan.

Now imagine the people who are most likely to vote in municipal elections live in tall apartment buildings and earn modest wages, but organize with fierce determination. Every apartment has an active tenants’ council and understand how to work the levers of power at City Hall. Imagine, too, that homeowners, despite their wealth and the amount of urban real estate they collectively possess, are politically disengaged, tend not to vote, and don’t mobilize around their issues.

As in all cities, bureaucrats and politicians know who butters their bread.

The question is, does my imagined City of Toronto devise a strategy to tackle housing affordability and neighbourhood-level land use planning like the one that has appeared on the agenda of the Planning and Housing Committee’s next session?

Not likely. Rather, “Expanding Housing Options in Neighbourhoods,” released yesterday by the city planning division, is a quintessentially Torontonian document: dutiful in tone, copious in detail, unhurried in pace, and incrementalist in outlook.

Far from clear is whether it offers residents and members of council a compelling vision for the future of neighbourhoods within a rapidly growing metropolis where people with average incomes or less can no longer afford housing.

Last summer, Mayor John Tory and housing czar Ana Bailao moved a motion asking staff to figure out how to allow duplexes, triplexes, walk-ups and low-rise apartments in established residential neighbourhoods. “Expanding Housing Options” is the planning department’s response to not just the motion but mounting media and public pressure to figure out how to spark both “missing middle” development as well as more genuinely affordable housing.

From 40,000 feet, everyone agrees on the architecture of the problem. Toronto’s population is growing faster than its housing stock. Entry-level prices and rents have reached escape velocity. And while high-rise condos have clustered in growth nodes, house neighbourhoods, with amenities like schools and parks, are losing population as they become inaccessible to all but the very wealthy.

The new report lays out finely etched policy tweaks and poses questions about how neighbourhoods should evolve, and whether missing middle planning will produce the desired outcome. The analysis, in turn, is part of the city’s larger effort to update the official plan so it conforms to the new provincial growth plan. As part of that exercise, planners must also figure out how to dramatically intensify within the 500-800 m radii of almost 200 rapid transit stops, now known as “major transit station areas” (MTSAs), as per a 2019 legislative directive from Queen’s Park.

The key point is that the City has no choice but to comply with the latter, whereas the missing middle “options” are, well, optional, and, what’s more, entirely subject to the will of councillors who are conversant in the politics of NIMBYism.

In a sane universe, the city would attempt to advance policies that spread out all the need for new (affordable) housing, so we get some higher-density intensification in the obvious places (arterials, transit stations), but also some moderate intensification and affordable housing in neighbourhoods that already have amenities.

As the report makes clear, the amount of urban land dedicated to neighbourhoods zoned exclusively for detached housing (the so-called “yellow belt”) is vast: almost a third of the city’s entire area is zoned for detached houses only, while areas designated for apartments and mixed-use development, which is to say those precincts that must accommodate the lion’s share of new population growth, account for less than 10%.

If we’re seeing the forest instead of fixating on the trees, we should create policies that allow duplexes and triplexes and – perish the thought! – low-rise apartments in those residential communities instead of shoe-horning ever more density into the limited spaces available for high-rise development.

But we live in a city that obsesses over trees and couldn’t find its way out of the forest for love or money. The staff report, which has yet to be debated at council, proposes some very subtle shifts – for example, allowing granny flats, low-rises on major streets or “additional units within permitted building envelopes.”

In the case of the first two, one could ask why these moves are even cast as reforms. In the case of the third, the precise meaning of this recommendation demands a highly granular understanding of how the city views residential zoning.

Five years ago, council approved an extremely subtle and highly prescriptive official plan amendment (OPA 320) that made it difficult to build anything in low-rise neighbourhoods that didn’t conform to the area’s “prevailing” physical character. There are no fewer than 12 criteria describing what that means in the official plan.

The provisions of OPA 320, which finally got Ontario Municipal Board approval last year after some protracted horse-trading, are all still in effect, and will be in place even if council approves this report. Can you turn your house into three apartments? In some parts of the city, the answer is yes. In other parts, the answer is no. Will these recommended changes trump the official plan? Unless council is prepared to crack open that list of 12 criteria, I seriously doubt it.

It’s interesting to note that the planning department’s own research shows that there was more gentle intensification in areas with the more flexible R zoning – which is to say, the old City of Toronto – than in the post-war suburbs, where the zoning allows for detached houses exclusively.

Another version of the future – one that is less enamored of the status quo — would be for council to simply extend R zoning (which actually permits missing middle forms) to the entire city; create a bullet-proof fast-track approvals system for affordable housing ventures; and waive development charges on any small-scale residential project that adds new rental units, as the city has done with its laneway suites program. Clear, simple, easy to grasp.

Instead, council is being asked to sign off on an approach that offers up the usual buffet of moves: pilot projects, studies and medium to long-term plans, plus some self-conscious language about consulting traditionally excluded equity-seeking groups.

Through the “Expanding Housing Options” report, the city’s planners are signaling council that their feet are, in fact, moving.

Whether we’re moving forward or going in circles is anyone’s guess.