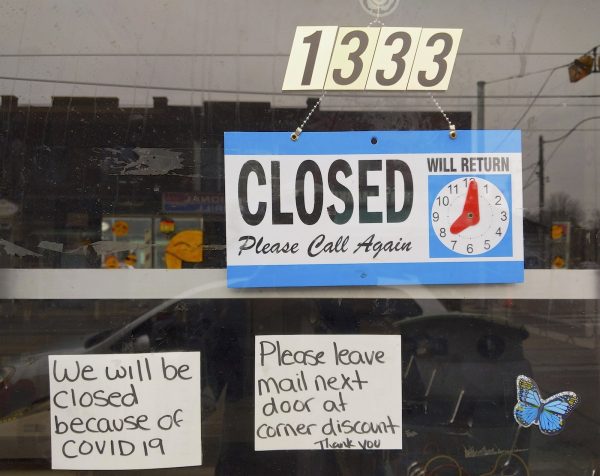 After an emotionally complicated long weekend featuring spectacular fall colours, ambiguously-limited Thanksgiving gatherings, and disturbing statistics about new infections, I’d say it’s time for everyone to start thinking hard about winter, and how to ride out the pandemic in cold weather.

In particular, and unlike the highly tentative public space openings in the spring, the City and its public health officials should seize the moment and get ahead of this story so Torontonians have the ability to be outside and exercise safely, in spite of the cold.

The reasoning should be as clear as the fall sky: if people have more incentive to get outdoors and move, they’ll be physically and mentally more resilient when it comes to managing the difficult months ahead.

I’d also argue that the time to begin this envisioning process is right now. The 28-day shut-down of bars, fitness centres, museums and indoor restaurants announced last week will almost certainly be extended. Indeed, if the patterns of the pandemic have taught us anything, it is that flattening the curve takes time, and that public health officials are, perhaps understandably, circumspect about discussing the longer-term implications of emergency or quasi-emergency measures. Better to drip feed the bad news than to tear off the bandage all at once.

An important place to begin is for City officials to start thinking about how to extend the unprecedented use of park space into the colder months. Anyone who’s set foot in a park in recent months – and not just the notorious Trinity Bellwoods – will know that our public spaces became very well-used venues for picnics, work-outs, fitness classes, improvised sports like spike ball, and so on.

Aggregated travel tracking data released earlier in the month by Google and Apple confirms these observations, showing that park use in Toronto from mid-May onwards was up to 100% greater than pre-pandemic levels. The question is how to encourage all that healthy activity to continue now that the temperatures are dropping and the days are getting shorter? The City should act on several fronts:

To my eye, there will be a direct link between the proper clearance of these three types of spaces and the health of Torontonians. There are lots of people who don’t like winter, don’t care for the cold or don’t do winter sports for various perfectly good reasons (age, infirmity, etc.). In this environment, walking becomes a much more critical physical activity, and it’s incumbent on the city this winter to remove as many barriers as possible.

That means the City can’t leave sidewalk shoveling or windrow clearing to homeowners, some of whom are diligent and others who don’t give a damn. The City needs to re-conceptualize its network of sidewalks as health assets that must be kept maximally accessible so as to remove disincentives for people to go outside.

This principle should extend to park and, where possible, ravine paths, as well as playgrounds, all of which are ignored in the winter months. If residents don’t have to trudge through shin-high drifts or navigate slick walkways to access a park, they’ll be more likely to find something to do in these spaces.

The clearance story has one other important component: there have been winters in recent years that have seen a higher than normal incidence of wrist and hand fractures because of falls due to icy conditions. If hospitals are at capacity, either because of COVID-19 or a nasty flu season or both, the last problem they need is a surge of fracture emergencies. Again, the City must explicitly recognize the causal connection between its sidewalk maintenance operations and public health.

It is 100% predictable than the City’s outdoor recreation programs – skating lessons, etc. – will be massively over-subscribed this year due to a combination of public demand and limitations due to physical distancing requirements. Online registration, moreover, will disproportionately benefit those with ready access to computers, and many of these activities further assume that participants have their own gear. We know all about the pandemic’s disproportionate impact on low-income and racialized communities, so it’s incumbent on City officials to figure out how to be proactive about correcting any disparities that lurk in the access processes to existing recreation programs.

I have no particular insights into the preparation and planning being undertaken by Parks and Recreation officials, but I’d hope that they’re also looking for ways to extend the footprint and availability of their existing winter programs and facilities.

It seems to me that City officials could also tap into the substantial resource that is Toronto’s private sector fitness industry, which, for the most part, has been sidelined due to the new restrictions. The City should invest some resources to convene some of the many talented entrepreneurs in this space to help develop new ideas for outdoor activity and sport, beyond what Parks & Rec’ does year in and year out. It’s even possible that the City could create some kind of formalized partnership program that would allow these small firms to deliver new forms of outdoor programming while also making them accessible at affordable rates.

Even as I type this sub-head, I know that somewhere in the City Hall braintrust, some official is in the process of creating the WinterTO branding. But the public education and advocacy campaigns for this season will need to be far more creative and enticing, going beyond the Winterlicious-style boilerplate.

I find myself thinking of a Norwegian saying that I stumbled across some years ago: “there’s no such thing as bad weather; only bad clothing.” The Norwegians, in fact, know a great deal about encouraging participation in outdoor winter activities and shifting their mindsets about a season with a lot of darkness and a lot of cold. Toronto, during this pandemic winter, would do well to learn a thing or two from how Scandinavians practice seasonal resilience.