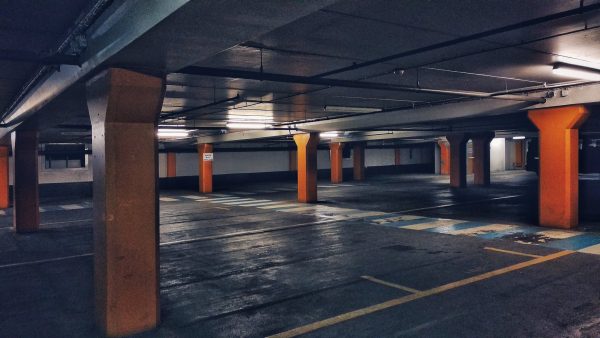 Is parking policy in Toronto finally going to be meaningfully reformed? On January 5th, the City of Toronto released a “Report for Action” signalling it will review its parking policies. This is an opportunity for Torontonians to reflect on the future of automobile infrastructure in urban spaces and to recognize the far-reaching implications that parking provisions have on the built environment.

During warmer months last year, we glimpsed a possible future with parking and other car-centric road infrastructure converted to more productive, vibrant uses. City residents experienced a public realm designed — albeit temporarily — for people, not cars.

Given this experience, it is not surprising that the current plan to re-design Yonge Street as a people-centred main street may finally have the momentum needed to push it over the finish line. Post-pandemic, this large-scale street-redesign project will be important for community- and economy-building in the downtown area — a shot in the arm, so to speak.

Lower-profile city-wide reforms of parking policies are also a key ingredient in reducing car trips in general. Cars provide anywhere-to-anywhere mobility ­as long as parking exists at origins and destinations. (Removal of parking does not inhibit ride hailing services and autonomous vehicles; however, increases in their use still contribute to road congestion and localized particulate matter pollution.) Limiting the availability of parking through changes in parking policy can help move us towards a car-lite post-pandemic urban future, but there are important additional benefits associated with limiting parking provision in urban spaces.

Supplying space for car storage is not just about providing drivers with anywhere-to-anywhere mobility. It is also about what we give up in exchange for this luxury. Surface parking requires vast swaths of land that could otherwise be used for more productive purposes, like housing, places of employment, or alternative high-capacity transportation networks.

Parking is also expensive to provide. In a 2019 report by the City of Edmonton, off-street parking was estimated to be oversupplied by 50%, which, according to Edmonton urbanist Ashley Salvador, is about “$200 million in pavement that, at any given time, nobody’s using.”

In denser urban settings with higher real estate costs, land used for parking is minimized via underground or structure parking. However, the associated capital costs are prohibitively expensive with general cost estimates of $34,000 USD and $24,000 USD for one underground or structure parking space respectively, as parking critic Donald Shoup noted in a 2014 essay, “The High Cost of Minimum Parking Requirements.”

When cities require minimum amounts of off-street parking for residential and commercial developments, developers working in urban areas tend to provide exactly the minimum. These binding minimums imply that, if given the opportunity, developers would provide less parking than required.

What do we lose when developers are forced to ignore the market for parking?

Parking has immediate implications on built form and housing affordability: inefficient levels of parking contribute to inefficient levels of rent and housing supply. In general, the cost of parking gets passed through to consumers. Numerous studies have demonstrated that apartment rents and condo prices for residential units with bundled parking are greater than units without and the additional costs of more expensive underground and structure parking are passed through to renters.

Other recent research has shown that minimum parking requirements also discourage the development of smaller residential units. A recent report out of Portland, Oregon shows that a fairly typical residential parking requirement leads to one third of the supply of new housing units at triple the unit price as compared to a scenario where no parking is required.

From a developer’s perspective as well as a municipality’s, it may be unrealistic to provide no parking in a residential development in locations without ample density and alternative transportation. However, with Toronto’s impending review of existing parking bylaws, the City has an opportunity to implement progressive parking policy that takes into account the well documented ills associated with minimum parking requirements. Thus, one potential policy change could be the removal of minimum parking requirements for off-street parking altogether – something the City of Edmonton did just last year.

So what happens after minimums are removed? Seattle and London provide some clues.

Seattle’s gradual reduction and elimination of parking minimums in central neighborhoods resulted in developers providing 40% less parking than under previous parking requirements – 18,000 fewer spaces with an estimated savings of $537 million, according to new research by C.J. Gabbe, a University of Santa Clara urban planning scholar.

In 2004, London changed its minimum parking requirements to maximum requirements: 1.5 spaces per unit for new residential developments. Within this set maximum, local boroughs were free to create their own requirements as long as the maximum was not exceeded. Pre-reform, the average amount of parking supplied was 1.12 spaces per residential unit; post-reform, it dropped to 0.63, according to research published in Urban Studies Journal. Declines were greatest in dense, central urban areas with some developers choosing to provide no parking.

We might expect something similar to play out in Toronto if minimums are removed. And in fact, we can already observe how developers might react to their removal. Based on 198 multi-family residential development applications in Q2 of 2019, 78% of developments requested levels of parking lower than the existing minimums set by the city. (Data provided by Map Your Property and the City of Toronto Application Information Centre website.)

Proposed developments closer to the core – located in denser neighbourhoods closer to jobs and multiple alternative forms of transportation – unsurprisingly tended to request much lower levels of parking than the existing minimum. Further into suburban areas, requests tended to approach the minimum – precisely what we might expect the market for parking to look like in absence of a parking minimum.

According to Ralph Bond, a Toronto area transportation and land development consultant with BA Consulting Group, roughly 95% of the residential and mixed-use development applications they consult on that request lower than the minimum required amount of parking are successful. Where 85% of the applications receive approval on the initial requested amount, the other 10% require upwards adjustments. The remaining 5% are unsuccessful.

How developers might react to the removal of minimums in Toronto is therefore already playing out, but in an incredibly inefficient manner that requires potentially multiple variance and rezoning applications. The processes involved delay development and represent pre-development costs developers likely pass through to consumers.

For some Toronto residents, removal of minimums represents the tip of the iceberg in terms of parking reform possibilities. More extreme measures could include the removal of on-street parking and even the removal of cars from some areas altogether.

Such reforms are currently happening in a number of European cities. Paris recently announced that it will be eliminating 140,000 on-street parking spaces. In 2019, Amsterdam began its plan to remove 1,500 spaces per year within its core. And Madrid will keep its city-centre car ban after public backlash to its proposed cancellation from the new government. Old, dense European cities with built environments created when walking was the main mode of transportation are not necessarily proper comparators for the vast majority of North American cities. But I would argue they should serve as inspiration for central urban neighbourhoods – like Yonge Street.

Outside of targeted areas for more extreme reforms, the general removal of parking minimums represents a meaningful first step for Toronto to rebalance the primacy of cars and their associated infrastructure within the transportation network. Removing minimums is a marginal process, somewhat similar to banning strict single-family zoning (in the U.S.) or detached residential (in Toronto). Since buildings are durable goods, large shifts in land devoted to parking are not possible without substantial amounts of redevelopment, which takes time.

This is the same longer-term process that will take place in neighborhoods that remove detached residential zoning. Marginally denser structures will eventually get built, just like there will be marginally less parking with the removal of parking minimums. This timeline implies that cities must plan now for the land use of the future. The status quo of parking minimums — rules enacted years ago — no longer serve our built environments, our demographics, our transportation preferences, or our environmental concerns. The elimination of parking minimums is low hanging fruit and something Toronto council should act on immediately.

Lyndsey Rolheiser is an Assistant Professor of Urban Economics at Ryerson University’s School of Urban and Regional Planning, and a research associate at the Centre for Urban Research and Land Development. Follow her on twitter at @theHeizer.