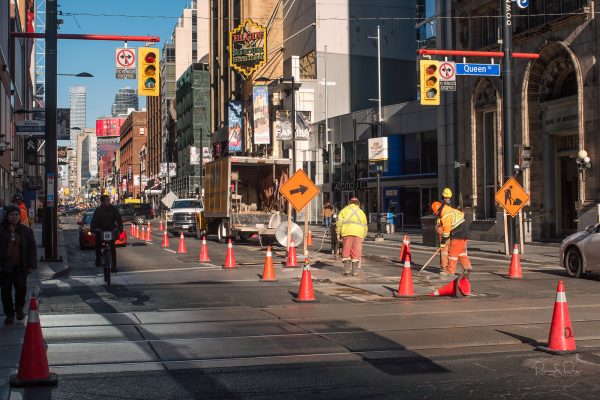 Is anyone north of the 49th parallel paying attention to the minutiae of the monster stimulus bills coming out of the White House?

Of course not. Despite those trillions, there’s so much heat in the news cycle – vaccine line-ups, the Michaels, shooting massacres, third waves – that even big news isn’t big news anymore.

Who the heck understands what a trillion dollars is, anyway?

But with a federal budget (a.k.a. Liberal election platform) set to be released next month, I’d argue that city advocates, as well as federal and provincial policy-makers, should be laser focused on President Joe Biden’s spending plans, and in particular the second, and yet-to-be-unveiled, stimulus package of $3 trillion over a decade.

This New Deal-scale investment program, and the way it could be funded, will have a massive effect on U.S. cities, and their ability to attract investment, jobs, immigrants and so on. The program is also likely to have a significant impact on the continental green energy sector and may drastically change the politics around both personal and corporate taxes.

The reverberations will be felt across the closed border; we should be watching closely.

While the reported details remain thin, the Biden Administration is preparing a second stimulus package that will include extensive investments in traditional infrastructure – roads, bridges, transit and so on – as well as extending broadband to remote regions and directing billions at clean energy as a means of transitioning U.S. electrical grids away from fossil fuels. The related climate change investments includes an expansion of electric vehicle charging infrastructure, which only tracks as a carbon win if the underlying power source is renewable.

Both the Post and the New York Times have also reported speculation that these outlays will be financed in part by tax hikes on corporations and high-income earners, and that the measures could be passed using a procedural dodge that would sidestep Senate Republicans.

There’s clearly plenty of sausage-making left to do in Washington, but the envisioned infrastructure and clean energy plays could go a long way to re-ordering the continental market for goods like transit equipment, renewable energy systems and other urban assets. Combined with the loosening of immigration restrictions and more affordable housing, the net effect is to put American cities very much back in the economic development and talent attraction game as the country emerges from pandemic — shifts that have the potential to shake Canadian cities.

The role of a potential corporate tax hike in funding all this stimulus bears noting. One of Donald Trump’s most significant policy moves was cutting the basic U.S. corporate tax rate in 2017 from 35% to 21%. Contrary to what right-wing Canadian think tanks like to imply, we still outflank the Americans on this metric – ours is 15%, thanks to massive corporate tax cuts passed during Stephen Harper’s term – so any increase in the U.S. won’t pose an existential threat to Canadian businesses tempted to relocate in search of lower taxes.

Why does any of this matter for Canadian cities? Our urban centres compete directly with hubs like New York, Boston, Seattle, Chicago, San Francisco. A giant injection of quality-of-life investment – transit, housing, etc. – could tip the scales after an extended period when Trump vilified cities and went to outrageous lengths to discourage immigration.

In other words, the Biden Administration’s move effectively puts Canada’s largest urban centres on notice, which means the feds and the provinces have no choice but to keep up, particularly as our own immigration rates have fallen so drastically because of the pandemic.

The possibility of a corporate tax hike, however, offers the federal Liberals political cover to raise taxes here without harming our economy’s competitiveness in order to fund or even expand the major recovery plan they’ve been hinting about for some time.

There’s no question the Trudeau government has been talking about a large stimulus program – the figures kicked around in the economic statement finance minister Chrystia Freeland delivered in December were $100 billion over three years.

The federal Tories will say those numbers are too high. But I’d argue that the better question, given the Biden Administration’s peddle-to-the-metal approach to both pandemic and economic recovery, is whether that spending will be enough?

It may be instructive to reach back into deep history for some perspective. Franklin Delano Roosevelt unveiled his New Deal in 1933, soon after taking office. The six-year program of relief, job creation and epic infrastructure investments hauled the U.S. out of the Great Depression and recast American public life until the early 1980s.

Here, the Conservative government of R.B. Bennett, which also faced the ravages of the Depression, mass unemployment and drought, resisted following FDR’s lead for two years. Bennett’s Tories eventually offered up a more modest relief plan, in 1935, which included measures like progressive taxes, unemployment insurance and support for farmers. He even called it a New Deal, according to historian John English.

But Bennett’s program didn’t have the heft to survive a federal election, and the Tories were defeated by Mackenzie King, who had lost in 1930 because he didn’t respond to the economic crisis; he evidently learned his lesson and remained in office for 13 more years.

The comparison has obvious limitations because the Trudeau Liberals like to spend money and aren’t scared of deficits. What’s less clear, so far, is whether they have truly grasped the extent to which Biden’s ambition to become FDR 2.0 has altered the calculus of recovery.