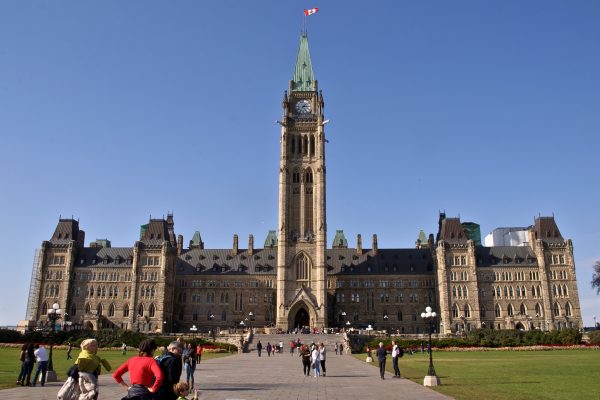 After the federal Liberals’ $10/day childcare pledge, there’s no doubt that climate spending was the other big political bell-ringer in Monday’s $100 billion federal budget, and not without good reason. A decent chunk of the $17.6 billion earmarked from carbon mitigation will land in recession-mired Alberta, in the form of subsidies to help heavy polluters cut emissions, funding for carbon capture and storage and other direct-to-industry grants.

Beyond the Liberals’ attempts to re-direct a region so tragically dependent on fossil fuel, there was also $4.4 billion set aside for no-interest homeowner loans up to $40,000 for “deep energy retrofits” — insulation, better windows, solar panels, high-efficiency furnaces, etc. The branding is a subtle throw to those people who spend their time mired in these issues.

This move, clearly meant to appeal nationally to middle-class voters, seems, at first blush, like a welcome effort to confront one of the most intransigent realities of climate mitigation. In Canada, buildings produce 40-50% of emissions, and a great many of those are houses with all the environmental failings: draughty windows, uninsulated roofs, gappy double-brick walls, wheezing furnaces, etc. Find an electrical outlet on an exterior-facing wall on a cold, blowy day and see if you get a bit of chill coming through. Now multiply by, well, a lot.

How far will $4.4 billion go? A back-of-the-envelope calculation – 150,000 to 200,000 homes, depending on the size of those loans. Consider that Canada has 9 million dwellings that are either detached, semi-detached, townhouses or mobile homes. The program lasts five years, so do the math. Even with maximum take-up, the retrofitting of Canada’s residential housing stock would take generations. And we don’t have generations. We have a decade.

The other question with this kind of program has to do with whether we’re really getting bang for those retrofit bucks. Any decent home energy consultant will or should tell their clients that unsexy investments, especially insulation, are more impactful than, say, solar panels, even though nothing shouts environmental consciousness like a roof-top installation.

Ideally, those loans should be based on this kind of prioritization. It will also be revealing to see if any of that funding is directed towards air-source heat-pumps and electric water heaters in order to replace natural gas hook-ups. Heat pumps don’t work in all settings, but, in the long-run, this technology is crucial if the goal is to wean homes from natural gas, which still accounts for the largest share of all urban emissions (in the City of Toronto, about 50%).

Then there’s the location issue. All things being equal, houses in regions that rely on both natural gas for heating and fossil fuel for electricity – Alberta, Saskatchewan, parts of Atlantic Canada — should ideally get preference for deep retrofit loans over dwellings in those in areas where energy comes mainly from hydro-electricity (namely Quebec, Manitoba and B.C.). But the catch is that in the fossil-fuel dependent regions, retrofits that shift home energy usage from gas to electricity —  e.g., an electric hot water heater or a hook-up for an EV — won’t actually reduce carbon emissions.

Indeed, the best way for Ottawa to make a significant dent in urban-related emissions is to aggressively push to de-carbonize the electricity grid in every single province and region — a step that enables low-carbon electric vehicles while creating the necessary conditions that allow building owners to uncouple from the natural gas grids that crisscross every city.

On this front, the budget had very little to offer, which may not be surprising, given that over 80% of Canada’s electricity comes from hydro or nuclear power. Gas- and coal-fired generation accounts for just 17% of all electricity production. While that number may not seem so big, the coal-fired generation still embedded in Canada’s electricity grid is a major problem in terms of meeting the Paris targets. While the use of coal and gas has been falling, a recent federal study points out that “[d]espite accounting for less than 7% of total electricity generation, coal was responsible for 63% of electricity related GHG emissions in 2018.”

Four-fifths of the coal-fired generating capacity in Canada is in Alberta and Saskatchewan. What’s more, coal remains a significant export product for western Canada, worth over $7 billion a year, according to federal statistics. Needless to say, this is the same region that produces most of the natural gas consumed in homes in cities like Toronto.

The tight coupling of coal-fired generation, natural gas for residential heating and energy inefficient homes is an extraordinarily stubborn structural barrier to carbon reduction. It seems to me that any plan that purports to reduce Canada’s contribution to global warming has to be way more intentional about connecting these dots than what was in the Liberal budget.

From where I sit, the feds shouldn’t sit back and wait. Rather, the government ought to use its fiscal levers to drive capital investment in fossil-fuel free electricity while developing focused incentives for homeowners and landlords to disconnect from gas. And while they’re at it, the Liberals would do well to toughen up the energy efficiency minimums in the national building code to ensure that future development is as carbon neutral as possible. Such moves would also create green jobs in the industry that produces energy efficient building materials.

Perhaps all these granular elements will find their way into the implementation of the Trudeau government’s much hyped and costly climate plan. But the Liberals’ green book has a way to go before it moves beyond the realm of political signalling.