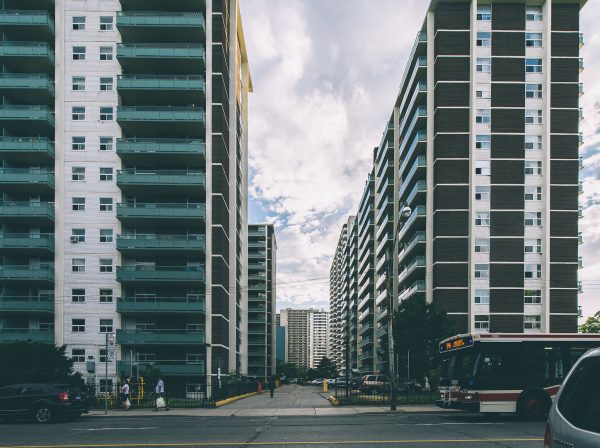 There were so many truly awful details about the death, from COVID-19, of 13-year-old Emily Victoria Viegas — Brampton’s wall-to-wall hotspots, the lack of vaccination clinics, the over-burdened hospitals — but one in particular jumped out at me: the family’s cramped apartment, and its enabling role in this tragedy.

Like so many working class and newcomer families, Emily, her brother, and her parents lived in a space that puts the lie to all the insistent public health rhetoric about social distancing. Once the virus got through the front door, there was no place to hide — no basement guest room, no cottage, no spare bedroom. They were sitting ducks.

The 13 months of the pandemic have been marked by waves of jarring revelations about society’s structural failures, from the grave risks facing elderly and homeless individuals living in congregate settings to essential workers and members of racialized communities who have to turn up to jobs where they are exposed to infection with no real option to stay home when sick.

However, the debate about the role of the housing system has been muted, or at least overshadowed by breathless coverage of spiking real estate prices and fretting about an urban exodus that is, in reality, available only to a select and privileged few.

High rise construction has continued apace, so it seems as if the conversation about whether we’re building adequate, humane and safe housing has fallen by the wayside, if perhaps for no other reason than the unspoken assumption that planning and development, with their long timelines, can’t offer actionable solutions in a crisis.

The proliferation of overcrowded housing is not exactly news, but the pandemic has provided a bracing reminder that all those small apartments that were never designed for families are also death traps.

Historically, the spread of infectious diseases in over-crowded urban housing – cholera, typhoid, tuberculosis, etc. — has been a trigger for reform, both in terms of public health systems (e.g., chlorination, waste-water infrastructure) as well as planning, development and infrastructure. Brooklyn developed in response to horrific slum conditions in New York’s Lower East Side, while a similar dynamic played out in Toronto, between The Ward and Earlscourt. In both cases, new transit networks (subways and streetcars, resp.) enabled the construction of low or medium density housing that was further afield.

But in the era of climate change, building out into the hinterland is no longer a desirable solution. Indeed the planning frameworks of both the City of Toronto and Greater Toronto have long acknowledged the need for intensification. Yet we’ve also been talking for years about the importance of more spacious family-sized apartments, although progress has been halting at best because of resistance to larger condos from developers, speculators and buyers.

The problem isn’t intensification per se, but rather the specific type of intensification that has evolved in the GTA. We build a lot of very small expensive condos, and relatively few larger and more affordable rentals. Out of both expediency and the ill-considered promise of permanent stability for middle-class homeowners, we concentrate high density in relatively small corridors (arterials) instead of spreading around medium density over relatively large areas (yellowbelt).

The result is that large swaths of the population live as Emily’s family does, in dwellings with unseen risks that are the byproduct of layers of public policy that favour single family homes and discourage affordable rental. We pretend that blunt measures — cranes in the sky! units in the pipeline! — are evidence of progress rather than harbingers of polarization.

In this context, the City’s missing middle planning reform initiative – a.k.a. “expanding housing options in neighbourhoods” – has the potential to be a gamechanger insofar as it aspires to allow a much broader range of housing forms on all that land currently zoned exclusively or almost exclusively for detached homes.

Right now, the hot and pointy end of this project is the so-called “garden suites” consultation, which aims to create a set of bylaws that would allow homeowners to add an “accessory dwelling unit” in their backyards without herculean efforts to cut through the red tape. Along with now legal secondary suites, this move has the effect, long term, of tripling the density on a single lot – a land use principle that exists in the Provincial Policy Statement but has yet to be translated into planning law.

The anodyne labels disguise the significance of this change, which extends far beyond the geographical footprint of council’s laneway suites program. Yet it seems this reform has become, predictably, a target.

Over the weekend, chief planner Gregg Lintern announced on Twitter that the consultation would be extended another month, possibly because the City has been inundated with feedback from homeowner networks that have worked hard to block any kind of intensification in the city’s stable neighbourhoods. As the Confederation of Resident and Ratepayers Associations of Toronto and the Federation of North Toronto Residents Associations asked in a joint letter sent out recently, “Another house in your back garden or your neighbour’s back garden?” You already know what the answer is.

I’m under no illusion that garden or laneway suites will, in the short or even medium term, meaningfully expand the availability of decent and affordable rental housing. Rather, these kinds of dwellings will almost certainly be higher end units that provide rental income for homeowners who have taken on eye-watering mortgages.

What this policy could do, however, is break the stranglehold that NIMBY homeowner groups have had on the city’s residential planning framework for far too long, with terrible results. The “expanding housing options” reform process pre-date the pandemic, but the pandemic has conferred enormous urgency to this task. It is, to my mind, a watershed moment.

We desperately need to connect those dots. For a multitude of reasons, Toronto has turned its back on perfectly viable human-scale housing — triplexes, walk-ups, co-ops, mid-rises, etc. — out of some misguided notion that stable neighbourhoods should only include houses. Indeed, last summer, the province had to intervene with ministerial zoning orders just to fast-track emergency modular housing for homeless people that just happened to be situated in neighbourhoods.

Similar examples continue to pile up — the preposterous defence of local parking lots, or the relentless nibbling away at purpose-built affordable housing projects earmarked for city-owned lands, etc. Each site is a battle.

The latest variation on the theme: a pair of rental towers on provincially-owned land on Grosvenor Street, near Bay. Originally set to include 257 apartments with 40-year affordability guarantees, council this week will approve a whittled down version with 26 fewer dwellings in order to prevent an hour or two of shadowing on the new Opera Place park next door.

The homeowner and condo owner groups that advocate for exclusionary policies have names and cast votes. They are not in any sense abstract entities — not like the 26 nominal families that would have eventually lived in the two buildings on Grosvenor.

But those 26 families aren’t really theoretical, are they? Somewhere in this sprawling city, all of those individuals will find themselves searching for affordable housing elsewhere – perhaps in fire trap rooming houses, or over-crowded slab towers on the periphery.

Where else might Emily Victoria Viegas’ family have lived if they hadn’t had to shoe-horn themselves into that cramped apartment in Brampton — the one that remorselessly exposed its occupants to a deadly disease? What would that alternative future have held?