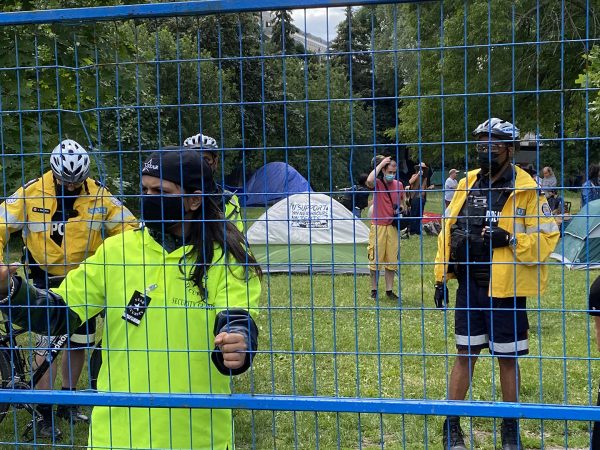 The violent clearing of the encampments at Trinity Bellwoods Park on Tuesday revealed Toronto at not only its most Tory, pun intended, but also, and particularly, its most Orange.

The action demonstrated, yet again, that the moralizing impulses embedded deep in the city’s DNA remain unperturbed by the passage of time and the shifting ways of urban life.

A few days ago, someone asked on Twitter why Toronto didn’t have more plazas. “Plazas are great,” this person said. “Why do we have so few?”

The answer binds the colonial city to this week’s city, and explains why the grudging allocation and administration of public space in Toronto has always been about control and the staunch defence of deeply conservative political values.

Indeed, Toronto’s distant and recent history is filled with episodes and rules that speak to the tenacious legacy of the powerful Orange Order brought here by Ulster Protestant immigrants. They reflect a few constants: that the interests of private property and commerce are paramount; that the spaces between buildings hold out a persistent threat of disorder and immorality; and that the police have a mandate to do far more than patrol criminal activity.

In the late 19th century, city elders bemoaned the spread of vices like alcohol, gambling, and homosexuality and the cops regularly busted men having sex in alleyways downtown. In the 1920s and 1930s, the police violently broke up political demonstrations of communist or socialist activists marching in Queen’s Park. In the 1950s, Italian newcomers gathering to converse on sidewalks on College Street were targeted and dispersed, while the swings on playgrounds were tied up on Sundays to ensure church-going.

As the gay rights movement gathered momentum in the 1960s and 1970s, Toronto cops either engaged in gay-bashing or turned a blind eye to it, with parks like Allan Gardens or David Balfour routinely targeted for sweeps. In the 1980s and 1990s, when street homelessness became much more visible, the police got into the habit of taking drunks down to remote parks like Cherry Beach to beat the crap out of them.

Parks and plazas, after all, were never regarded hereabouts as “great” much less desirable; they were seen as zones that posed the very real risk of transgression — political, social, or sexual — and thus demanded a distinctive brand of bureaucratic attention and regulation.

For all its contemporary rhetoric about public space, the City has a long record of obstructing the creation of new parks and plazas, which continues to this day. Generations of open-space plans have been either cancelled or nitpicked into mediocrity due to their cost and “disruptiveness.” The hard-fought and almost miraculous creation of Yonge-Dundas Square in the early 1990s was almost instantly undermined by the City’s assertion of control, in the form of over-programming, security guards and cameras, and permits. Heaven forbid that street life should be allowed to play out spontaneously in an open space in the heart of the city.

Indeed, it took a global pandemic for the City to (hesitantly) allow an activity that happens without a second thought in every other major city on earth — the placing of some tables on the sidewalk in front of a restaurant, so people can eat outside if they want. 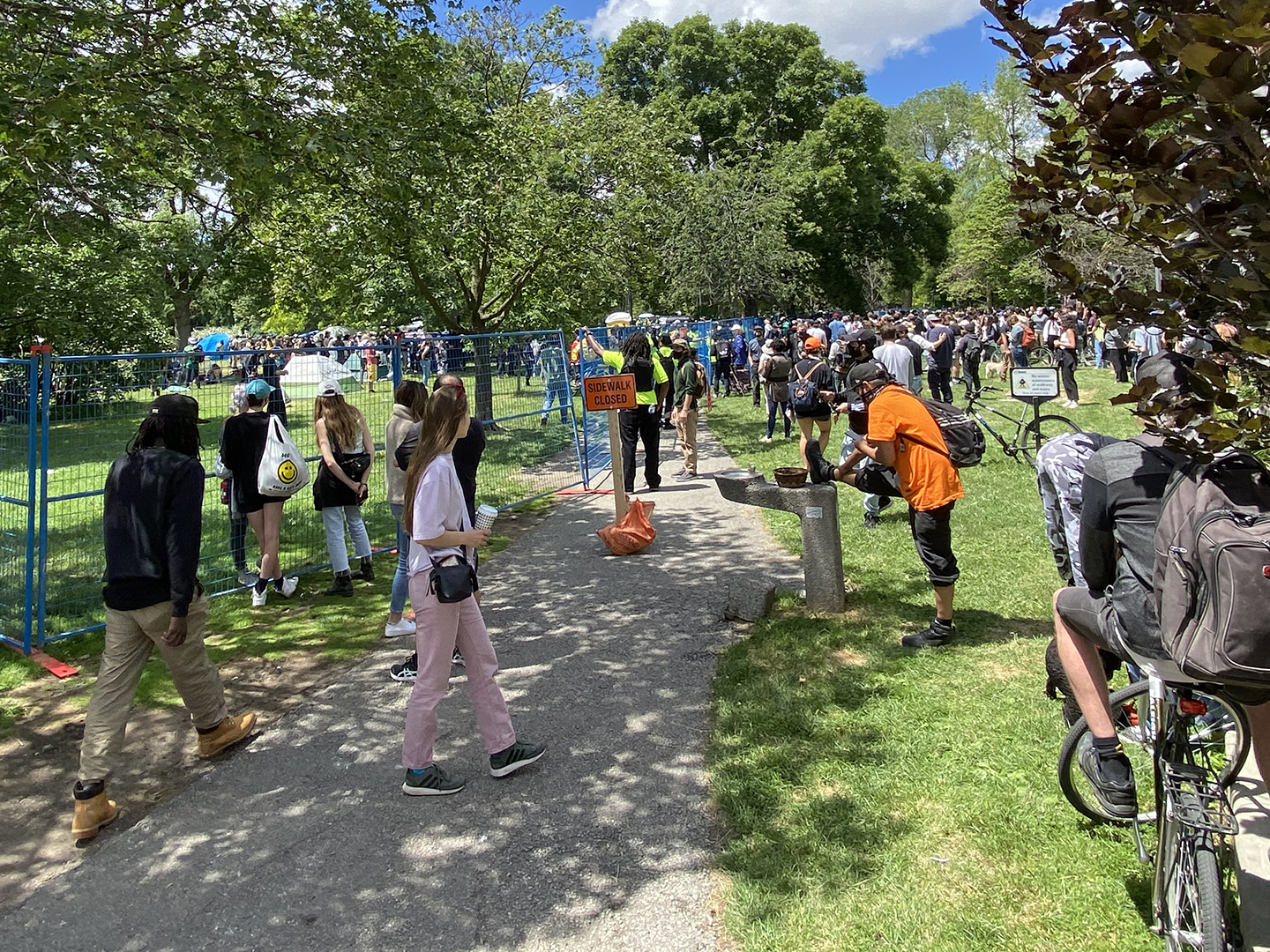 The long-standing dearth of public bathrooms anticipated the City’s shuttering of these most basic amenities during the pandemic in the name of infection control. The very recent decision to uphold the historic ban on drinking in parks is nothing if not the sound of the ghosts of the old Orange bureaucrats rattling their chains, providing a regulatory mechanism that allows (invites?) the police to police the parks, just, indeed, as they’ve always done.

I’ve also found myself pondering the curious role of Trinity-Bellwoods as a stage for this week’s clash and indeed throughout the pandemic. A straightforward reading of its significance is that the park has been called upon to serve as a collective backyard for the dense condo communities to the south and the west, while its proximity to the gentrified Queen West neighbourhoods offered up a justification for a more, shall we say, intensive type of scrutiny.

But Trinity-Bellwoods is an odd place. It was never meant to be a park. The Anglican archbishop John Strachan established it as the home of Trinity College, a training ground for 19th century Toronto’s Anglican political and clerical elite. While the College moved to Hoskin Ave. and U of T’s St. George Campus in the early 20th century, the old Gothic building remained standing on the grounds, though abandoned, for several more decades.

The space eventually became a city park, of course, but soon turned into a kind of urban dumping ground — first for the detritus from the Bloor-Danforth subway construction in the 1960s, and then for the psychiatric survivors discharged from the Queen Street mental health hospital during the great waves of de-institutionalization that began in the 1970s. It’s certainly worth nothing that 999 Queen Street — formerly known as the Provincial Lunatic Asylum — was the other substantial open space in the area, although its grassy terraces were enclosed by brick walls.

Two generations on, Trinity-Bellwoods has remained, in part, a space used by people with no space of their own, but now surrounded on all sides by boutiques, eateries, towers, and million-dollar Victorians. With the juxtaposition deemed untenable, unsafe and uncontrollable, the old order swept in to restore order, and avert a moral panic.

In short, the news from Tuesday was not really news at all.