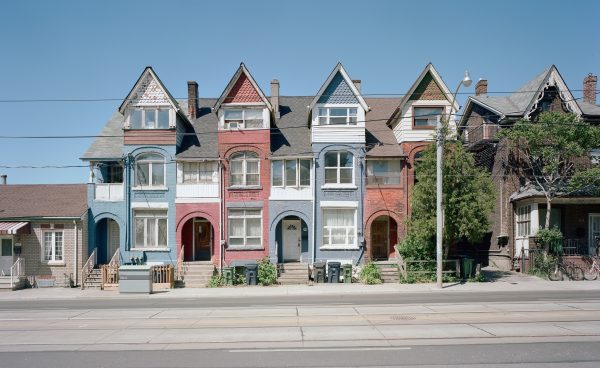 As a documentary photographer of architecture, I take a strictly non-hierarchical approach to recording Toronto’s urban fabric. I see my work as belonging to an important tradition dating from the earliest days of the medium, one that pays attention to the connective tissue filling the spaces between urban landmarks.

I began my project on the section of Bathurst Street between King and Bloor Streets in May, 2021. At the start, I assumed I would be contributing to a photographic record stretching back more than a century, one that would be accessible via the websites of several public archives. Surprisingly, when I did consult these sources I found no significant archival views of what could be called my “study area.”

With the exception of the former grimy industrial zone extending from below Wellington Street to the waterfront, the photographic record of Bathurst Street seems not to include work by major artists such as the City of Toronto’s first official photographer, Arthur Goss. However, Goads Insurance maps published between 1884 and 1913 document a building campaign that moved steadily up Bathurst to Bloor Street and beyond. Three-storey row houses featuring massive gables and dormers predominate above College Street.

Two iconic buildings, one commercial and the other industrial, formerly stood at opposite ends of my study area. Both Honest Ed’s at Bloor and Bathurst and the Otto Higel Building at King and Bathurst attracted photographers, the former for its illuminated signage and the latter for its clock tower.

My first self-initiated project on an industrial building was to record the Otto Higel Building before and during its demolition in 1981. In a scene that has been repeated many times since, a group of artists who had built their own studios on the building’s top floor saw their leases terminated as part of a redevelopment that would provide no new studio space. 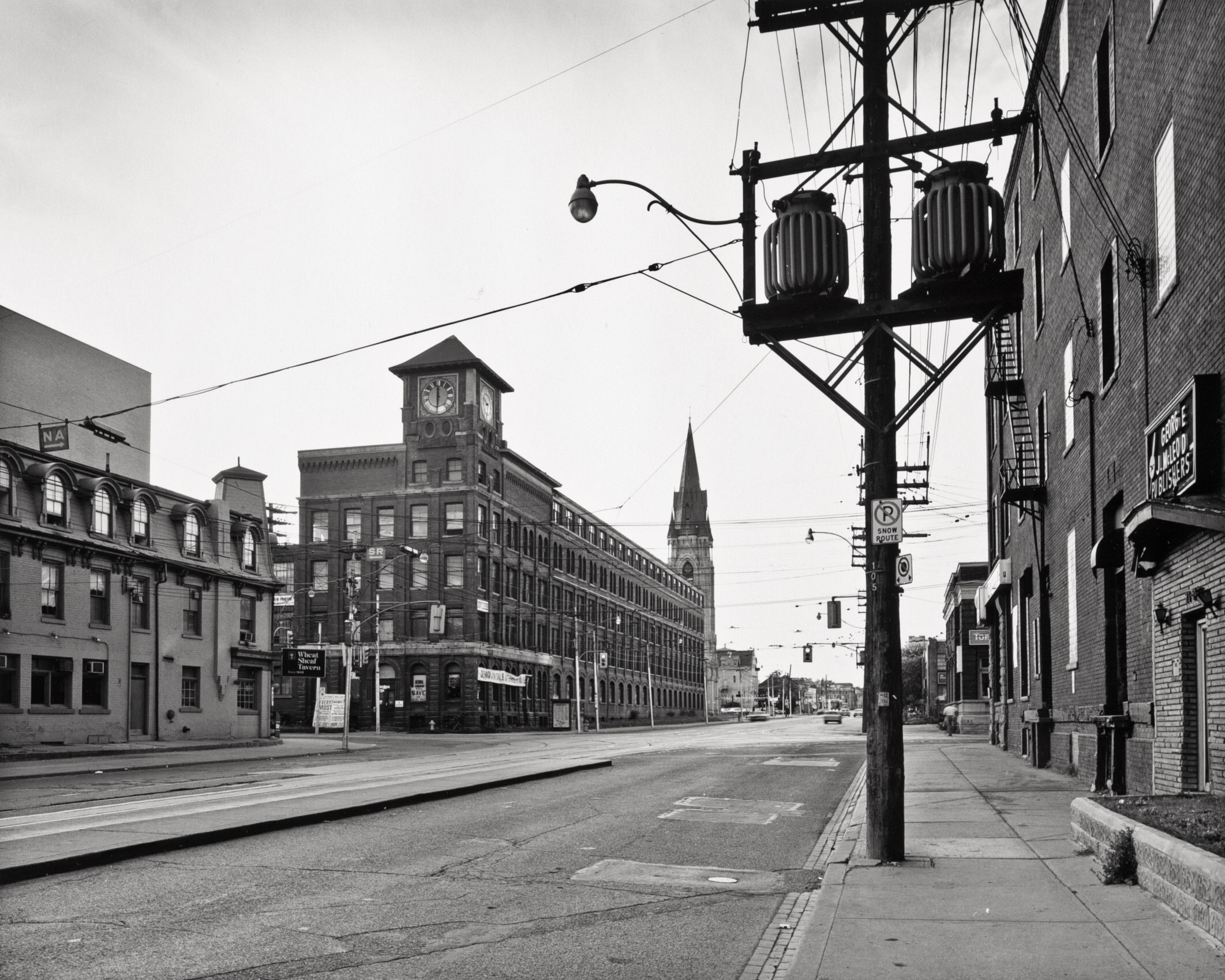 Central Technical School and Toronto Western Hospital each occupy a full block of Bathurst Street. My photos of these two institutions reflect their contrasting relationships to the street. Central Tech originally fronted on Lippincott Street, one block to the east. Its visual connection to Bathurst Street dates from the 1960s, when its sports facilities replaced the intervening block of houses and stores. 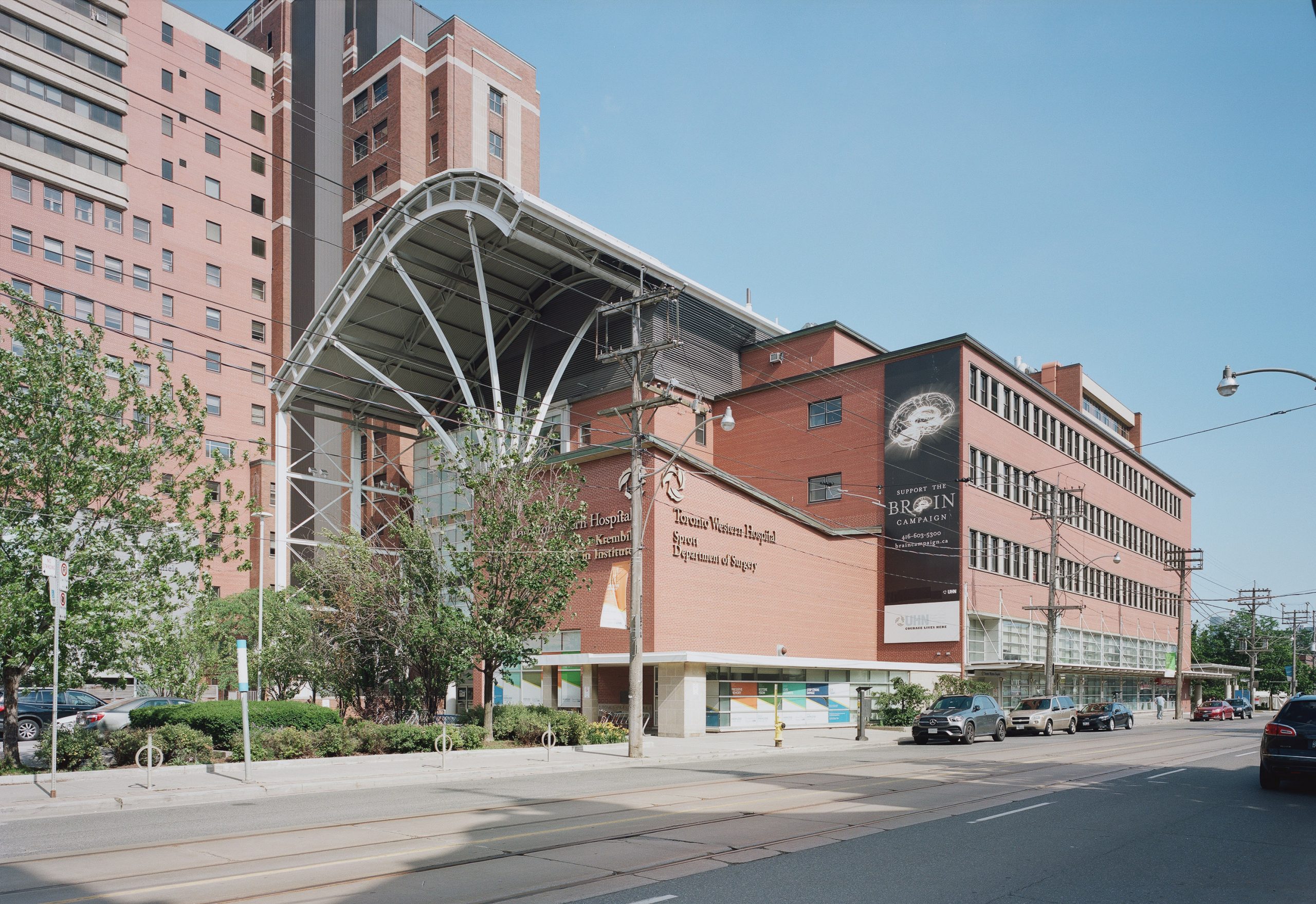 While Central Tech keeps its distance, Toronto Western, its huge pavilions enclosing an inscrutable Art Deco central tower, looms over the sidewalk in a rather threatening manner. The depressingly cheap architecture of Cardinal Funeral Homes Ltd. directly across the street offers patients at the hospital a strong incentive to recover.

My project would not have been complete if it did not provide some record of changes along the street. Between May and July, a house at 292 Bathurst was demolished, the row house at 477 was sold “over asking,” and a row of housing below Richmond Street was vacant and slated for demolition. Early on, I photographed the homeless encampment in Alexandra Park from the sidewalk, returning to show the park entrances fenced off after residents were evicted. 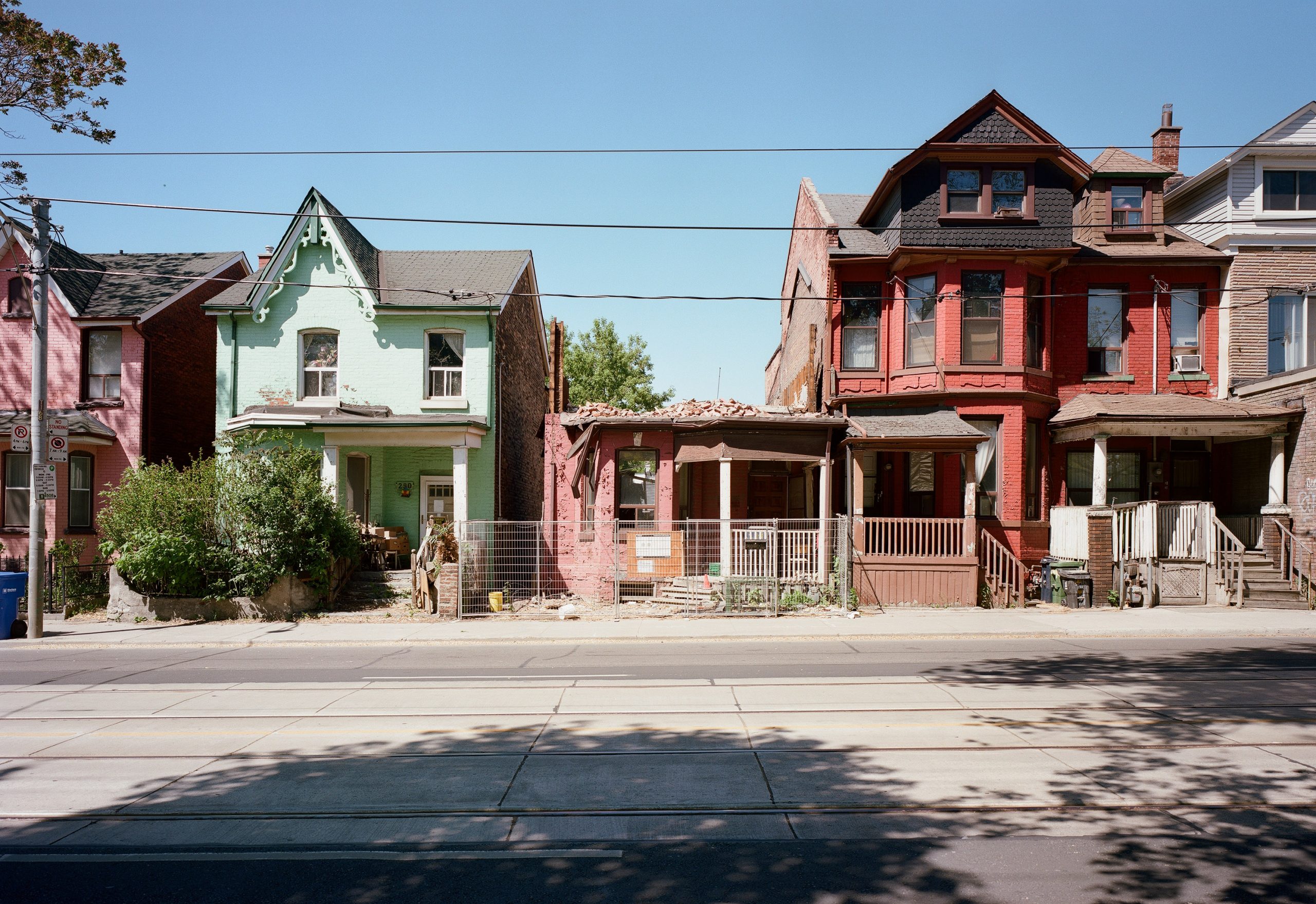 The current Mirvish Village development on the former Honest Ed’s site promises to replace the lovable vulgarity of that institution with something very large and much less lovable. A single holdout on the Bathurst street side of the development, a store called Alternative Thinking, has survived intact, although its facade is badly in need of restoration. It’s a small victory over the agenda of Toronto’s development industry, but for me, a significant one. 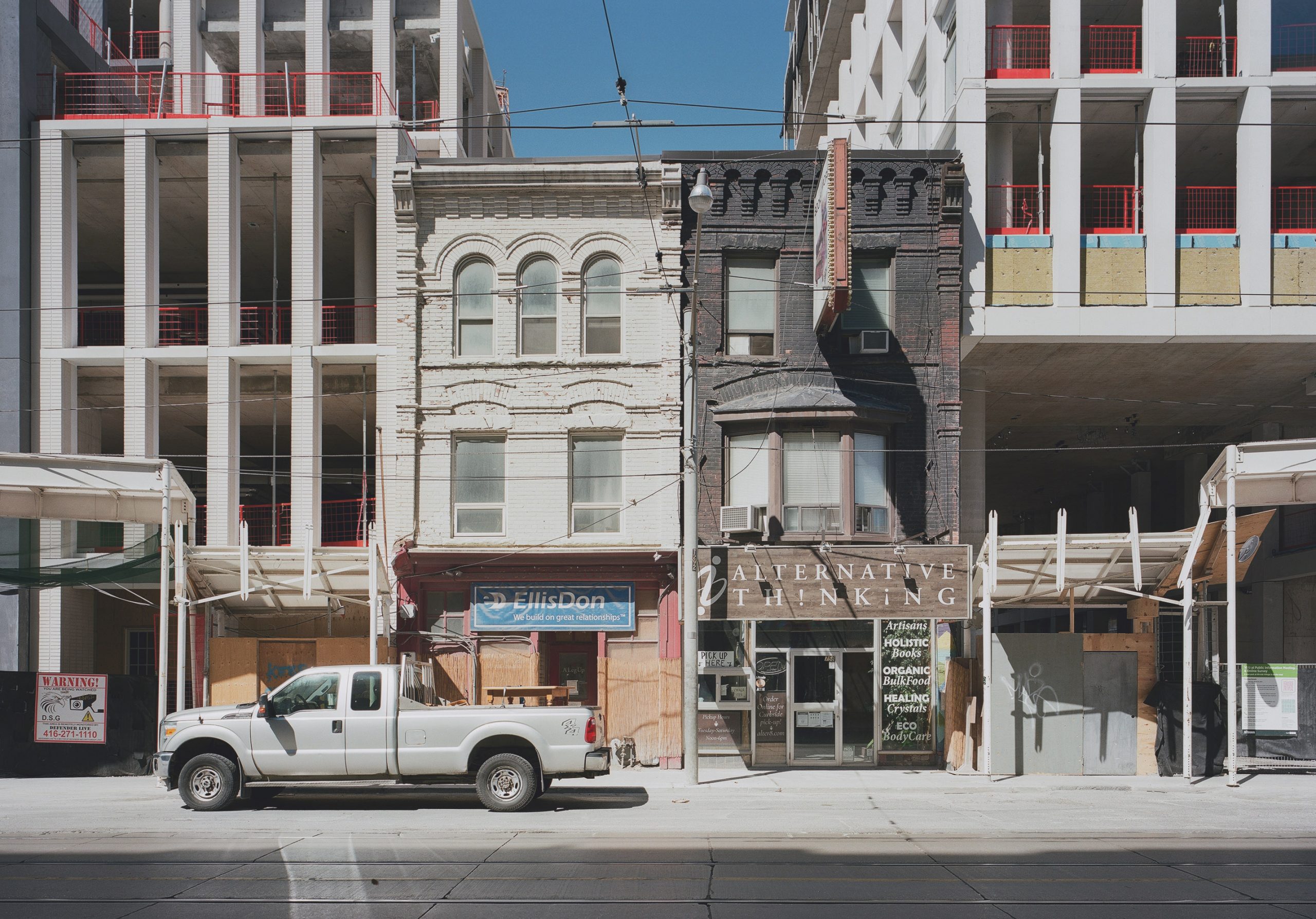 Storefronts at 756 and 758 Bathurst Street surrounded by the Mirvish Village redevelopment. The third unit in this block at 760 Bathurst was demolished.