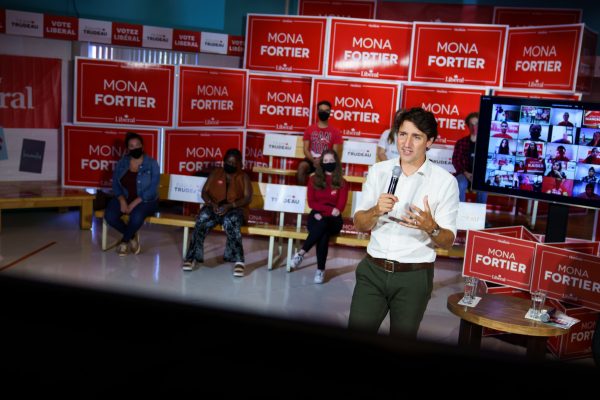 In the dying days of an election no one wanted, four themes dominated: the split on the left, the split on the right, the apparent re-awakening of Quebec separatism, and the alleged pointlessness of this exercise, which, really, was a leitmotif throughout.

Voter irritation was clearly on the ballot, but not enough to keep people from exercising their franchise. What else can you say about a contest that featured three-hour line-ups to vote? As for Shachi Kurl’s question at the English language debate, it transpired that this query did not flip seats or resurrect the ghost of Rene Levesque. The Bloc gained just two ridings, proving that the Kurl controversy was much more of a pundit talking point than a loosened bolder.

The vote splits on the left and right, however, could well define Canada for years to come, and the implications of these two elections within an election are worth unpacking. 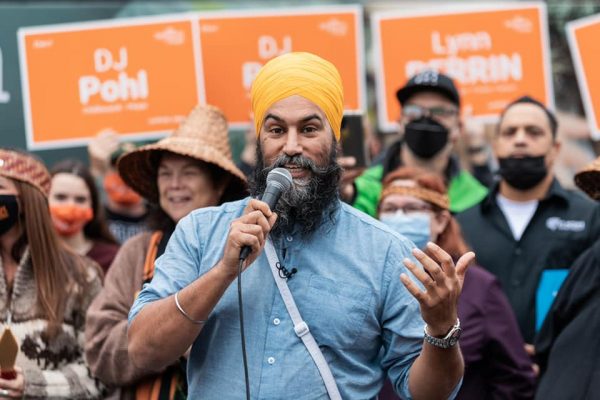 The Election on the Left

Jagmeet Singh, I would argue, wakes up this morning as the most powerful political leader in Canada. He got to the place Jack Layton wanted to be, just by a different path.

Numerically, the next parliament won’t be significantly different than the previous one, and Singh, during the two years between 2019 and now, supported a Liberal program that was left-leaning, yet time limited. But as Liberal king-maker Gerry Butts said on CBC last night, Justin Trudeau’s Liberals, now well aware of the risk they took in calling this election, are planning to govern for four years, meaning they’ll have to go out of their way to make an alliance with the NDP work.

A centre-left minority has never held power continuously in Canada for six years, so we’re in uncharted territory, particularly because deficits are not, for the time being, spooking voters or markets. Consequently, Singh can press a progressive agenda, and the Liberals can, in theory, break with the old tradition of campaigning left and governing right.

It’s way too soon to tell how this dynamic will express itself: National pharmacare? Higher taxes on the wealthy? Employment or pay equity? I’d expect at least some of the above.

However, to my mind, a centre-left coalition has a unique opportunity to not only make significant progress on the ur-issue of our time – climate change – but also to find a way to definitively re-shape climate politics in Alberta as we move towards key milestones in the Paris Accords.

Alberta’s reactionary and petulant petro-politics, expressed in its most flagrant form by Premier Jason Kenney, has profoundly distorted Canadian politics and therefore our ability to meet our climate obligations. Obviously, there have been other factors — $100/barrel oil, just a few years back — but the province’s one-party-rule for the past half century has created a culture that produced, in Kenney, the most venal leadership I have ever seen in a Canadian politician.

Yet as global energy markets and investors bet ever more heavily against bitumen, the political influence of Western Canada’s oil and gas sector has begun to ebb rapidly. I’d say the Liberals and NDP could, if they chose, deploy every fiscal, monetary and labour force lever at their disposal to dramatically boost the province’s clean energy and environmental remediation sectors.

The creation of thousands of new blue-collar jobs — in the clean-up of abandoned oil rigs, for instance, or the development of carbon capture facilities — plus the investment/innovation opportunities in renewable energy could transform the vicious cycle of Alberta politics into a virtuous circle.

But there’s a best-before date-stamp on this moment, which means Singh and Trudeau need to hive off climate into a separate category of coalition negotiations, and seize every chance to move as quickly as possible. The climate, in short, must not become a bargaining chip between now and 2025. 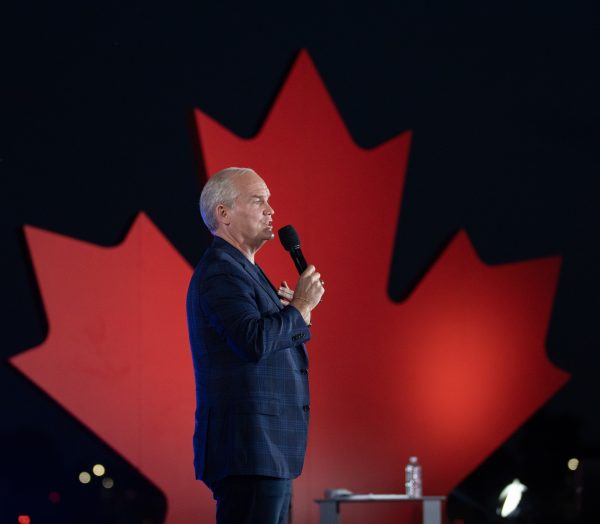 The Election on the Right

While the final tallies aren’t in yet, you don’t need to look too far to find examples of Liberal victories, especially in Ontario, that turned on vote splits on the right. In several ridings in the exurban southern and central parts of the province, the People’s Party delaminated enough votes from Conservative candidates to produce, as Erin O’Toole warned, Liberal wins.

This outcome triggered memories of a weird period in Canadian politics, in the late 1990s and early 2000s, when self-appointed emissaries — among them David Frum, Ken Whyte and a Reformer named Stephen Harper — sought to patch up the rift on the right (Reform vs Progressive Conservatives) that enabled successive Liberal majorities.

The so-called Unite-the-Right movement eventually produced Stockwell Day’s short-lived Canadian Alliance and finally the Conservative Party of Canada, which sought to paper over the deep split in right-of-centre national politics. In the 1980s, Brian Mulroney achieved this unity through his charm and also his ability to forge alliances with a less extreme generation of Alberta politicians.

From the early to mid-2000s, Harper managed a similar result, but only because he was a highly tactical strongman leader as opposed to a schmoozer like Mulroney.

I fully expect that a new unite-the-right movement will bob to the surface of conservative politics in the coming months and years, as an alternative to the civil war that has consumed the Republican Party since the days of the Tea Party.

The outcome of whatever brokering takes place will eventually form a national government. Perhaps O’Toole will be allowed to spend the next few years figuring out how to expand the appeal of the more moderate Conservative Party he presented during this race. Or maybe, as the Toronto Star reported two days ago, the knives are already unsheathed, with potential successors arguing that O’Toole’s gambit didn’t work. And then there will be those who seek to bring Maxime Bernier’s prodigal son party back into the fold.

Point is, it’s not difficult to envision a hard-right version of the Conservatives emerging from this moment, and positioning itself to unseat the Liberals in 2025, when many voters will be hankering for a change of political scenery, no matter how self-destructive, as happened when Ford Nation defeated Kathleen Wynne’s Liberals in Ontario in 2018.

Which brings me back to the Liberal/NDP approach to the climate in the years to come. If these two parties can find a way to meaningfully re-boot the Western Canadian resource economy — and do so without letting the perfect become the enemy of the good — it’s possible that Alberta’s fear- and anger-infused politics could begin to dissipate as voters no longer see green as short-hand for permanent unemployment.

If and when that shift happens or at least begins to gather momentum, Conservative politics — bought and paid for by the oil-and-gas-sector for so long — will have to shift, too, and perhaps re-emerge as a viable right-of-centre alternative in the era of global warming.

photos courtesy of each political party