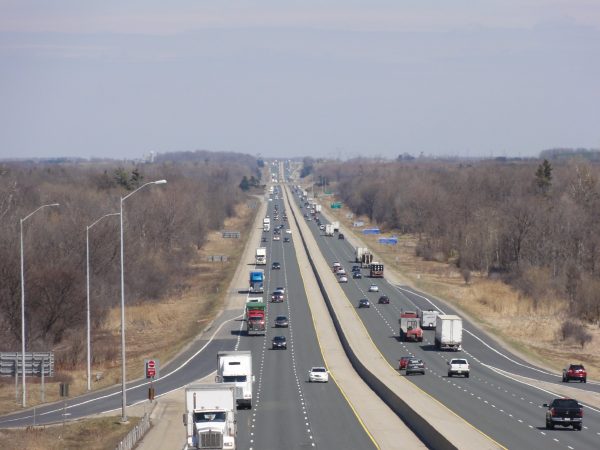 Going in to this election, did anyone really expect that it would come to focus so intensively on that great big ribbon of blacktop planned and now known, indelibly, as Highway 413?

Weren’t we were going to talk about how the Ford government managed the pandemic? Or the disaster in long-term care homes. Or how to confront runaway housing costs, or runaway egg costs. There was — and is — a lot to talk about. But instead, we’ve been massively distracted by this giant electoral detour. The highway. The driver’s license rebates. Gas taxes.

I try generally not to allow myself to marinate in cynicism, but it strikes me that Ford and his election strategists pulled the ultimate fast one on Ontario voters — an epic act of misdirection that succeeded brilliantly in placing the focus squarely on the one issue that Doug Ford can play with unrivalled virtuosity: cars.

I think many of us — not all, but enough — fell for it, and ended up expending all sorts of rhetorical and partisan energy on a mega-project that has nothing to do with the next four years, or the past two, for that matter. It was a masterful gambit — advanced practice whataboutism.

I’ve spent the past two weeks travelling in the Netherlands and the United Kingdom on mostly narrow roads and modest highways that rarely clog and are dominated by small vehicles. Didn’t see a single pick-up truck. Gas is eye-wateringly expensive. Lots of trains, bikes, the whole low-carbon deal.

European politicians don’t make hay out of promising to build highways. They look after them, for sure, but highways and major roads are treated as infrastructure, not symbols.

By contrast, Ford and his late brother Rob always understood how to use cars and driving as their perfect wedge, and I almost can’t quite believe that the Tories so effortlessly pulled off a reprise, writ large and positioned slightly differently, of Rob’s “war on the car,” circa 2010. This is their game, their rules, and they knew just how to get the most return from it.

Over the past two years, but especially in the last six months or so, there’s been a ton of reporting and analysis and opining and advocacy about the 413. I am going over in my mind the profusion of attention: the investigative reports about Tory-adjacent landholders who stand to benefit, the various assessments of the impact on the ecosystems, earnest debates about sprawl, lawn signs, drone footage. The works.

The Ford government engaged none of it. As with the cancellation of the Vehicle Registration Tax, in the early days of Rob’s administration, the government bribed voters with relatively modest kickbacks, and related sleights of hand, like removing the tolls from Highway 412 in voter-rich Durham.

The criticism and probing didn’t take because — and this is the key thing — it all served to distract from the Tories’ management of the pandemic, the LTC disaster, the chaos in schools, the shortage of ICU beds, and on and on. We didn’t really have that election, and the 413 is why.

It has occurred to me that the Tories did chose to amp up their foregrounding of 413 as a way of signalling — or at least re-assuring — the international electric vehicle manufacturers and automakers — many of whom signed huge deals in the months before the writ dropped — that Ontario is deeply committed to the private vehicle, regardless of what kind of energy makes the drive shaft turn. (And going back to the Autopact, twas ever thus.) As far as I can see, that specific economic development linkage is the only non-symbolic element of the Tories’ 413-oriented campaign.

This focus forced the opposition parties to play on the Fords’ favorite turf. The Liberals have pledged to re-direct the highway funding to education and buck-a-ride transit. The NDP circulated petitions to have it halted. The Greens did their thing. The environmental lobbyists engaged. What truly mattered is that in the constant noise of the attention economy, the big road attracted the lion’s share, which meant comparably less was said about the Tories’ record.

I also think it’s worth noting that highway corridor projects like 413 move glacially, and seem to come loaded for bear with a kind of path dependency that’s unique to this particular form of infrastructure. Highway 407 was part of the Ministry of Transportation’s long-range plans for decades before it opened.

I looked back at the regulatory breadcrumbs for 413, the highway previously known as the GTA West Corridor, and they stretch back almost 20 years. Maybe more. That’s just how MTO rolls. The Ford government, for its part, understood how to get the most mileage out of what is, at its core, a project that will outlive many more governments before a single vehicle pulls on to that highway.

Jane Jacobs once told me, apropos the Front Street Extension, that you need to put a stake through the heart of a highway project three times before you can rest easy. Steven Del Duca is technically correct when he says that the Wynne Liberals pulled the plug on the project back in 2015, after a three-year environmental assessment.

Or thought they did. The much thornier systemic problem is that 413 didn’t actually die (one death isn’t enough), and was consequently there for the taking when Ford & Co. took up residence in the Pink Palace in 2018. When we all wake up to another Tory majority on Thursday morning, don’t expect that the Ford government will suddenly find religion and fast-track this thing. There’s still years of process and planning ahead.

But for the purposes of Election 2022, the 413 has already served its purpose: it offered the premier a convenient way to by-pass the 30-car pile-up that defined his four years in office.