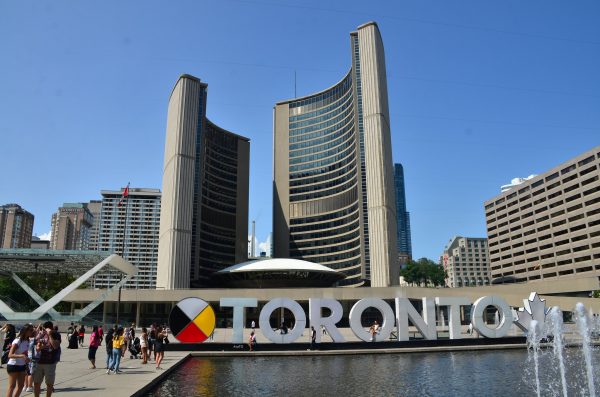 Over the 16 years prior to the news last week that Premier Doug Ford’s Tories are planning to impose so-called strong mayor powers on Toronto council, the Ontario government has enacted two sets of consequential governance reforms on the city.

The first — the 2006 City of Toronto Act (CoTA) — was an exercise in legislative laparoscopy, with senior officials for then mayor David Miller and then premier Dalton McGuinty deputized to devise the legal tools that would give the City more control over its own destiny.

The second — the Ford government’s 2018 move to cut council in half — was more like a mugging, an anesthesia-free tooth extraction, a sucker punch…. Following a lengthy planning process to add wards in response to 2016 census, the Tories waded into the middle of a live municipal election and moved the goal posts.

CoTA’s legacy has been underwhelming. While the legislation enabled council to establish a land transfer tax that kept the city solvent for years, CoTA did not significantly transform the way the city functions, nor did it insulate council from provincial interference.

Similarly, the long-term impact of the so-called “Better Local Government Act”, as the council slashing was formally known, remains murky, largely because the pandemic so drastically altered the machinery of government.

Ford’s surprise announcement about providing strong mayor powers to Toronto and Ottawa, as many have observed, certainly smacks of the kind of finger-on-the-scale politics that powered the 2018 council cut. But notwithstanding pious assurances from both Ford and Mayor John Tory that the move is all about priming the housing pump, it is not at all clear in my mind that these as-yet un-enumerated powers will transform the mayor into an autocrat or produce the kinds of reforms necessary to align council’s decision-making with the actual needs of the city.

The eternal dilemma with governance debates is that the decisions emerge from the politics of the moment, but the structures they produce long outlast those ephemeral political dynamics — like a crappy tattoo drunkenly acquired during a night of pub crawling that creates indelible buyer’s regret for years afterwards.

With respect to the rhetoric of strong mayor powers, it’s also important to sort out fact from fiction and/or fantasy. While headline writers love the phrase “U.S.-style strong mayor,” the reality is that the Tories’ back-of-the-envelope proposal — council can only over-ride a mayoral decision with a two-thirds majority — bears no resemblance to U.S. municipal powers.

American cities by and large have bicameral systems, with separate executive (mayor) and legislative (council) branches, as well as deeply entrenched systems of party politics and, in some cases, charters. None of that is on the table here, nor will it be. The mayor of Toronto, unlike their counterparts in the U.S., will still be a member of council, and that’s significant.

The temptation to map new powers onto the current office holder(s) is also misguided. CoTA presupposed a collaborative relationship between the City and the province — it’s spelled out right in the preamble — but that’s mainly because Miller and McGuinty liked to collaborate. Those understandings didn’t survive regime change.

There’s been a lot of commentary in recent days about what Tory would or wouldn’t do with his strong mayor powers. With nothing on the line and the formal authority to defy the blowhards on council, will he emerge, like Superman from a phone booth, to fix what ails us? Don’t wait up. Will he abuse his new-found authority? Ditto. Let’s face it: Tory is genetically averse to alarming the class that brung him to the dance, and I find it impossible to imagine that he’ll suddenly turn on them with tax hikes, hard-assed intensification plans, etc.

Conversely, when Rob Ford was in office, many progressives expressed relief that CoTA hadn’t equipped him with strong mayor powers. But the truth of the matter is that Ford, at least in the beginning, didn’t really need them. Everyone was scared of his proto-Trumpian populist authority, which he wielded before checking whether he was allowed to do so. Case in point: literally from day one of his mayoralty, he had a massive and unfathomably costly impact on the way the city and the region build transit, and pulled off that stunt without any additional powers at all.

It’s also a bit of a mug’s game to try to handicap how governance reforms in the abstract will impact council politics in the future, especially given the fact that the next council will include a lot of new faces (Mike Layton is the latest to announce that he’s not running). Provincial and local Tories drove both amalgamation, in 1997, and the cuts to council, in 2018, on the assumption that those changes will yield consistently conservative municipal governments while driving out progressives. They didn’t — the record has been more of a mixed bag, ideologically, hewing closer to the mushy middle.

My own view is that is that it will be crucial to focus in on the finer grain details of this reform when, or if, the Tories finally table the legislation. Key to that exercise is trying to imagine, or at least game out, how a maximalist exercise of those new powers would look. After all, we live in a norm-busting age populated by politicians who understand how to transgress boundaries once considered to be inviolate.

There is actually a very good example of this process in action, and that’s the use of ministerial zoning orders (MZOs). These instruments have been part of Ontario’s land use planning law for decades, deployed rarely, and generally in highly unusual circumstances — until the Ford government took office.

Now, Minister of Municipal Affairs and Housing Steve Clark hands them out like candy, across a broad range of conditions, from overriding inconvenient ecological protection regulations that annoy Tory-friendly 905 developers to fast-tracking supportive housing projects that might otherwise get bogged down in local homeowner opposition.

The City’s growing habit of asking Clark for MZOs has become embedded in council’s own governance culture — a work-around to an earlier generation of planning and consultation protocols. It’s also worth saying that no future provincial government will put this genie back in the bottle.

Another important detail, also TBD: whether the new mayoral powers include any kind of override to the many other provincial statutes that constrain (or regulate, depending on your perspective) council decisions, especially those involving land use planning and budgeting. I’d predict it’s highly unlikely that the province will give Toronto’s mayor a get-out-of-jail free card, but you never know.

Finally, and most critically, the question hovering over this whole exercise is — or should be — whether these proposed changes to council’s operating-system will confront some of the City’s most stubborn and corrosive problems: the chronic under-funding of services, growing spatial inequalities, housing affordability, decarbonized mobility, and the undue influence of homeowners on council politics.

My view is that the City’s current governance model has failed miserably when it comes to dealing with these and other intractable issues. Incumbency shouldn’t be like tenure. The provision of housing shouldn’t be subject to the veto of entitled residential neighbourhoods. Council shouldn’t spend more on policing than any other service.

Will Ford’s promise of shiny new strong mayor powers cure what ails us? Who knows? But I will say this: Toronto desperately needs a mayor who is strong enough to admit that our uncritical embrace of the status quo is killing the city.