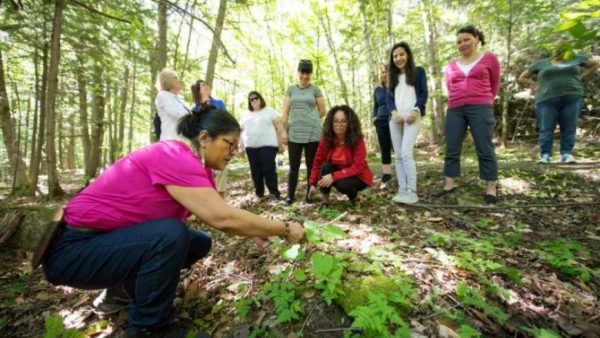 City parks are built on relationships. They are where we go to feel more connected to nature, to ourselves, and to others in our community. All of this requires us to negotiate how we share space, whether with other people or other beings with whom we share the environment.

This negotiation of space and relationships can result in collective moments of joy as much as it can result in situations that challenge us or cause us discomfort. How do we respectfully enjoy naturalized areas, knowing they’re sensitive habitats for other species? What happens when a park becomes a place of shelter for unhoused individuals during a pandemic? What does it look like to increase Indigenous representation in parks that were built on a history of land dispossession?

Park People’s 2022 Canadian City Parks Report explores the relationships and the underlying power dynamics within them that impact how we plan, design, fund, program, and manage our parks. What we found is a range of projects across the country that seek to repair and nurture relationships through parks by shifting decision-making power and testing new ways of involving people more collaboratively.

Now in its fourth year, the Canadian City Parks Report is an annual public report that uses data collected from participating cities, the general public, and interviews with a wide range of experts to track the trends, challenges, and opportunities in Canadian city parks.

It won’t come as a shock to anyone that park budgets are strained. We can see it with our own eyes when we visit parks: washrooms locked early, drinking fountains not working, benches broken.

It’s a perennial issue that park staff raise in the report each year: 90% of cities say insufficient operating budgets are a challenge. The good news is that there is public support for more investment in parks, with 86% of city residents in our survey of over 3,000 people saying they want to see more public money for parks.

One approach highlighted in the report is participatory budgeting. Through this practice, a pot of money is set aside and residents are engaged directly to decide on how and where to spend it. In 2021, Montreal led one of Canada’s largest, if not the largest, participatory budget projects focused on public space, which provided $10 million in funding.

After 620 submissions were whittled down to 35 projects, the public was invited to vote. Importantly, voting was open to non-citizens and youth 12 years and older – in fact, a quarter of the voting population were from these groups. The winning projects ranged from climate-focused proposals to plant mini forests to a practical project that will see 125 water fountains and filling stations added to parks in six boroughs. 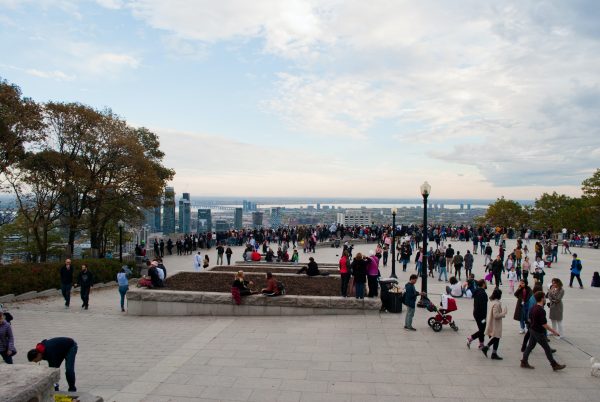 Redefining our relationship to nature

More and more people visited naturalized areas during the pandemic to get exercise and de-stress. Over half of city residents said they prefer to visit naturalized or “wild” spaces, which is an increase from the 34% who said the same last year. Additionally, 91% of people said parks had a positive impact on their sense of connection to nature, which was up from 83% last year.

Spending more time outdoors in nature is a good thing, but it also puts stress on sensitive ecosystems. Nearly three quarters of cities said they had to address overuse of natural areas and trails during the pandemic.

The good news is all this time spent outdoors is translating to a desire to give back. Nearly 60% of cities said they had expanded or created new nature stewardship programs to meet growing demand.

Ensuring that we protect and nurture sensitive ecosystems requires a shift in mindset that de-centres use by humans and instead places ourselves within an interconnected web with other beings – a practice that makes up the foundation of many Indigenous worldviews. This was a point that Carolynne Crawley – a storyteller, forest therapy guide, and educator who runs Msit No’kmaq – shared when she spoke to Park People about relationships to nature.

The District of Saanich in British Columbia has integrated reciprocity into their successful 2021 campaign to get people out into nature. The program includes ways people can “let nature give back to you” by highlighting the mental and physical benefits of time spent in nature, but also “how to give back to nature” by providing resources on stewardship opportunities.

In her story on decolonizing parks and reclaiming urban spaces, report co-author Nickita Longman points to the importance of understanding the colonial history of our parks and the land dispossession from which they were created. But she also highlights exciting new projects in Prairie cities where new collaborative relationships between cities and Indigenous peoples are changing the nature of city parks by shifting decision-making power.

This includes renaming projects in Regina that are the result of years of Indigenous activism as well as the creation of kihciy askiy park, Cree for Sacred Land, which is a new cultural site co-created with Indigenous peoples along the Edmonton River Valley that includes space for sweats, talking circles, and medicinal gardens. 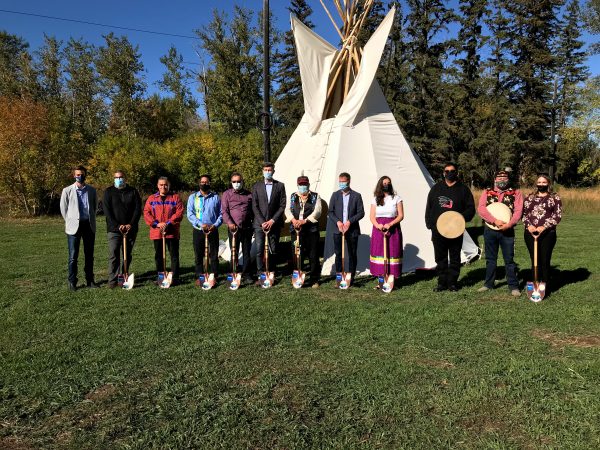 Another practice, explored by report co-author Emily Riddle in her story on the rights of native plants, is increasing native plantings — a practice many cities are moving towards to support biodiversity and climate resilience. In fact, increasing native plant gardens in parks was supported by 87% of survey respondents — the second most requested park amenity aside from more public washrooms.

Riddle stresses, however, that programs to increase native plantings in parks must go hand in hand with working with Indigenous peoples on programming, stewardship, and governance changes. She asks: “Can the restoration and conservation of Indigenous plants in partnership with Indigenous Peoples act as a microcosm of kinship reparation?”

Resetting our approach to houselessness

In cities across the country we’ve seen the visibility of houselessness grow in our parks, often resulting in park encampment removals that turn violent, as they have in Toronto. Encampment clearances are not a solution and in fact violate the human rights of people sheltering in parks, especially during a pandemic and affordable housing crisis.

90% of cities said that houselessness in parks was a challenge, but one they feel ill-equipped to deal with. Three quarters of cities said they relied on bylaw enforcement and two thirds used design strategies aimed at crime prevention (think benches with middle arm rests that don’t allow people to sleep on them). Just 10% of cities said they engaged directly with unhoused communities themselves.

It’s clear we need to shift the power dynamics of park encampments where cities and police sweep in to clear away homes to one that is centred on the rights of encampment residents as human beings deserving of respect, dignity, and a say in what happens to them. That is what is called for in the UN National Protocol for Encampments in Canada, which outlines a human-rights based approach.

It’s also what underpins report co-author Adri Stark’s story that highlights the need for the development of encampment strategies created in collaboration with unhoused residents and community partners centred around harm reduction, reconciliation, and the leadership of people with lived experience of houselessness.

Vancouver, for example, has taken a strong step towards a more relationship-building approach to encampments in hiring the city’s first Director of Urban Relationships just this year. A first-of-its-kind role in Canada, the position will focus on building relationships with encampment residents and community partners.

The vast majority of people feel disengaged about what happens in their city park. We found just 22% of city residents said they feel they have a voice in their local parks, a decrease from 34% last year.

This challenge is reflected in the data from city staff as well. Nearly 80% said engaging “hard to reach” groups remained a challenge and just a third said that the pandemic had sparked more intentional outreach to equity-deserving groups.

In her stories on engaging with equity and building long-term trust, report co-author Adri Stark highlights several ways that cities can better share decision-making power and engage more deeply. She argues that cities need to work harder to build trust in communities, providing opportunities for people to meet earlier on in the process and entrusting communities to co-create engagement activities themselves (with compensation).

Non-profit organizations are already moving ahead on these types of practices, including the Department of Imaginary Affairs. The organization uses art-based activities to shift power through the act of play, shifting away from traditional mechanisms like town halls “where all the power is held by the city, not with the community,” Co-founder and CEO Jennifer Chan said.

While our cities are facing multiple challenges – social isolation, rising inequality, a climate crisis – it’s clear that creative and collaborative work is happening in public spaces at both the city and community-level to move us towards kinder, resilient, more equitable cities. The task now is to keep pushing this forward by challenging old ways of park planning, design, and management. The 2022 Canadian City Parks Report is filled with examples of how people are doing this in cities all across the country from Saanich, British Columbia to Halifax, Nova Scotia and every province in between. Read about them at cityparksreport.parkpeople.ca.