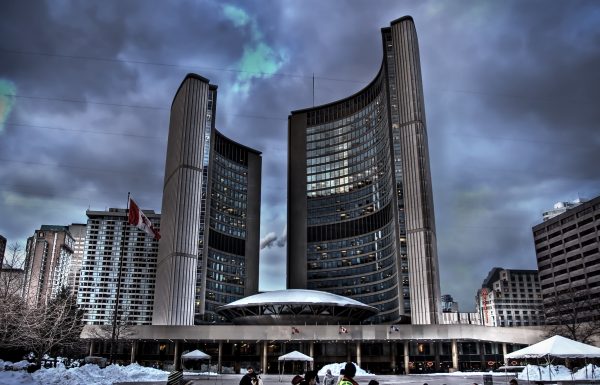 Late last week, after the Ontario government revealed that it was bulking up mayoral veto powers for the cities of Toronto and Ottawa, John Tory disclosed that he’d asked for the additional muscle — the ability to win council motions with only a third of the votes — before the municipal election, and then promised, earnestly, that he’d only use these powers sparingly. “Very, very limited,” as he said in response to a question from The Toronto Star’s David Rider.

As a statement from Tory’s office further noted, “The Mayor has been consistent in his support of Strong Mayor powers and he will use these additional measures only when they are necessary to move forward housing and other key priorities.”

Ever since the Ford government announced it was giving the mayor power to over-ride council majorities, both the premier and Municipal Affairs and Housing Minister Steve Clark have insisted that these measures were about accelerating the housing file or advancing other “provincial priorities.” Tory’s statement acknowledges that those powers will be used beyond housing.

My working hypothesis about Tory’s bid for the power to veto a majority is that he’ll use it to secure approval of the final and most important piece of the Expanding Housing Options in Neighbourhoods (EHON) planning reforms, which will make it legal to build duplexes, triplexes, fourplexes, and small apartments in Yellowbelt neighbourhoods zoned for detached dwellings.

Tory’s comments from last week pretty much confirms this theory: “If you said to me, for example, on making available more options for housing, which include triplex, duplexes, fourplexes, rooming houses, which I think are of crucial importance not only to consistent regulation across the city but also to unlocking a greater supply of housing, if you said, Would I, if necessary, use these enhanced authorities to move those through, but only after I made a significant attempt [to gain council approval], I would say there’s every possibility I would.”

So what changed between election day and last week? Seems pretty clear: he canvassed the 26 members of the new council and found that well under half — most of them in the old City — were prepared to up-zone neighbourhoods and poke the beast of homeowner outrage. In short, the Tories’ original “strong mayor” powers — that council could only override a mayoral veto with a two-thirds vote — wasn’t, well, strong enough.

Does the end justify the means? This is a tricky question with a subtle answer.

The neighbourhood up-zoning provisions (three as-of-right units per residential lot) in Bill-23, aka the More Homes Built Faster Act, will apply in every municipality in Ontario. But those changes only get the rest of the province to where the City of Toronto already is. The EHON proposal actually goes beyond Bill-23, and it’s by no means clear what would happen if council balked at approving even more gentle density, as per the planning department’s recommendation from last May. (Council hasn’t voted on it yet.)

Would Clark reject a council decision to enact a city-wide neighbourhood up-zoning bylaw that doesn’t exceed Bill-23 and instead imposes the higher density as-of-right allowances set out in EHON’s draft OPA? No one knows for sure, but one point is certain: that Clark has punted numerous council approved OPAs in recent years, ordering the planning department to come up with revised plans that provide more density, fewer public space amenities, and so on.

In other words, there’s good reason to think Queen’s Park would order the city to approve planning bylaws allowing fourplexes, small apartments and rooming houses in the Yellowbelt. Still, the business of informing suburban homeowners that they don’t, in fact, have a god-given right to low density is the hottest of hot potatoes, and no one really wants to end up holding it.

If you’ve followed along so far, you’d be right to conclude that the ends don’t justify the means.

Marcus Gee, in the weekend Globe and Mail, sketched out this entirely plausible scenario: “The speaker calls for a vote. The councillors decide, “yes” or “no”. The clerk announces the result. Eight councillors, plus the mayor, in favour; 17 against. The motion carries! Even a visiting school kid watching from the gallery would ask, “wait what? Why does the losing side get what it wants?”

Here’s what we do know: that the Ford government’s pronouncements, and Tory’s own statements, provide plenty of wiggle room to allow these, um, exceptional measures to be applied to decisions that aren’t just about housing.

Take, for example, the Ontario Place redevelopment proposal, which requires council to pass a zoning bylaw and an official plan amendment, both of which will be vetted over the course of the year. This scheme is absolutely a provincial priority at the moment. Now, I doubt Tory under normal circumstances would find himself on the losing side of this file. But if he does, those superman-like powers could be used to shield the provincial Tories from having to ram through this mega-privatization of waterfront public space with a ministerial zoning order, which, I’m told, they’d prefer not to use. (Tory’s spokesperson Don Peat declined to comment on how Tory might handle the situation.)

The problem with powers that you promise not to use is that eventually someone ends up using them, as many commentators have noted about Section 33, or the notwithstanding clause, of the Canadian Charter of Rights and Freedoms. After all, once you’ve run roughshod over a political or democratic norm, it’s way easier to do it a second, third and fourth time.

What’s more, democratic societies, as we’ve seen in recent years in the U.S., are exceptionally vulnerable to accusations — both fair and bogus — about unfair democratic processes and outcomes.

To my eye, however, the most problematic aspect of the legislating of a 1/3 override in a council of equals is that it sets in motion a potentially chaotic political dynamic that could include the formation of vengeful voting blocks on council whose sole objective is to obstruct. After all, as soon as Tory weaponizes a 1/3 victory, and we can all see who voted on the, uh, winning side, he’s created a roadmap for how to block motions or plans that can’t be framed as having provincial significance, even if they make sense.

Why would councillors make common cause in this way? See above quote from Gee: 1/3 victories aren’t victories by any consensus definition of what counts as a victory in our society.

You can’t win a soccer or hockey game by scoring fewer goals than your opponent. Supreme Court rulings are determined by which side got the most votes. Most corporate boards make decisions based on which set of shareholders control the majority of votes. Indeed, the ones that are rigged, with special dual class voting shares, rightly generate static among investors who are concerned that their interests will be over-ridden.

One could argue — and indeed many have — that Canada’s parliamentary system has long tolerated a version of this kind of unfairness with first-past-the-post voting. But provincial and federal legislatures still need to adhere to a long-standing democratic convention, that legislation only passes if it receives a majority of votes from members of parliament.

Because majoritarianism has plenty of risks, legislatures in our society must pay attention to the checks and balances provided by judicial reviews, upper chambers, constitutions, etc. What’s the public’s recourse if an autocratic mayor corrals a clique of council supplicants and proceeds to misuse his bulked-up council powers? Nothing ’til election day.

Consequently, I’d predict this system, whether or not it’s used routinely or rarely, creates new forms of friction, mistrust and antagonism among councillors, and between members of council and the mayor’s office. I can’t think of a single good reason as to why fostering that kind of toxic environment would be a desirable outcome.

In a future in which the mayor doesn’t need to score the most goals in order to win the game, we’ll see an even steeper decline in residents’ trust of their municipal institutions, collaborative decision-making among council members and, perhaps most vitally, the importance of articulating winning arguments in the service of building a better city.