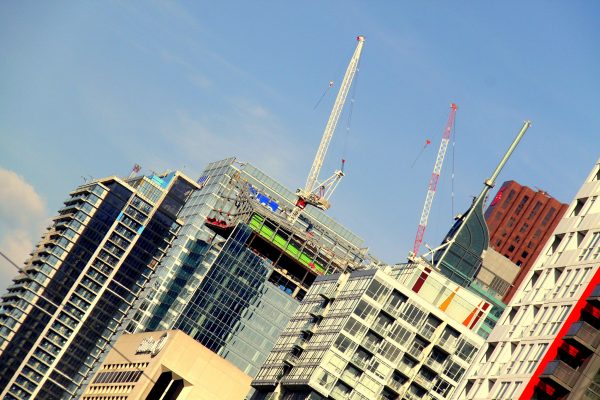 As the battle over Bill-23 — a.k.a. the “More Housing Bigger Profits Act” — rumbled towards its inevitable conclusion yesterday, the central point of contention finally came into sharp focus. It wasn’t the looming destruction of rental apartments or the dubious paving over of the Greenbelt, or even the democratic gutting of City Hall.

Rather, this fight degenerated into a Manichean contest about development charges (DCs), pitting the forces of evil (Queen’s Park, Big Housing) versus the forces of good (local government, municipal infrastructure).

The bill’s cuts to DCs, a growing chorus of mayors have said, will gut municipal finances to a degree once considered unthinkable — as much as $5 billion, according to the Association of Municipalities of Ontario. City of Markham officials last week predicted property taxes could rise by 50 to 80% to make up the shortfall. In Monday’s Toronto Star, veteran Mississauaga councillor Carolyn Parrish said that she and her colleagues are all essentially dead politicians walking, given what they’ll be forced to do to halt the bleeding.

Toronto City Council, for its part, passed a nearly unanimous motion decrying the scale of the destruction (University Rosedale councillor Dianne Saxe, who seems to not know the old adage about only having one opportunity to make a first impression, was the single contra vote).

The Ford government’s point person on Bill-23, municipal affairs and housing minister Steve Clark, has responded by stating that skyrocketing DCs have driven up the price of housing. Exhibit A: Toronto’s new development charge schedule, which takes effect in 2023, adds anywhere from $44,000 to $115,000 to the cost of a dwelling.

As Clark wrote in an op-ed yesterday, “Development charges are meant to fund infrastructure and services which the whole community uses. Under the current system, however, the bill is ultimately picked up by young people and newcomers who are already struggling to break into the housing market.”

Here’s the thing: Clark’s not wrong. Of course — of course! — developers regard these charges as a pass-through, and the never-ending demand allows them to do just that.

I don’t want to argue here that development charges are unnecessary. Nor should we wantonly abandon the principle that growth should pay for growth, although there’s definitely some room for more nuanced thinking about this equation.

But it’s super important to acknowledge that the escalation of DC rates, and the knock-on effect on housing prices, is symptomatic of a deeper malaise in the way municipalities, and the City of Toronto in particular, think about their revenues, and the ways in which we apportion the financial burden of operating local government.

We all know which side municipal councils come down on, but this black-and-white depiction of the decisions they face conveniently distracts from years of irresponsible political management.

I’m not talking here about bureaucratic feather-bedding, that beloved and mostly fictitious whipping boy of the political right. Rather, the Bill 23 showdown revealed the craven choices that Toronto council has long made when setting residential property tax rates, as well as its lamentably inept approach to risk management.

Any self-respecting entrepreneur knows that over-exposure to one large client may be tempting in the short term, but potentially ruinous if that customer vanishes.

Yet Toronto council — under the leadership of two right-of-centre mayors who have endlessly boasted about their business acumen — has been making precisely this mistake for a dozen years, with no indication that anything will change. And now we’re all paying the price.

Let’s begin with council’s unwillingness to raise residential property taxes so they generate sufficient revenue. According to the city’s audited 2021 financial statements (which are way more accurate than budget documents), Toronto’s property taxes accounted for 31.3% of total revenue ($15.15 billion), but we’ve been steadily falling further and further behind the rate of property tax growth in the rest of the GTA for 20 years now.

Meanwhile, transfers from the feds and the province account for almost the same proportion of overall revenue as property taxes, but are obviously highly exposed to political risk in the form of regime change, recessionary cutbacks, legislative upheaval, etc.

User fees, in turn, make up about 20%. The municipal land transfer tax (MLTT), which brought in over $1.1 billion last year, is the fourth major source of income — a total well above what was forecast. Despite all the sound and fury, DCs produced only about 3.6%, or $550 million, in 2021.

The most glaring point about the City’s revenue base is that more than 80% of the income derives from just three sources: property taxes, government transfers and user fees. Most of our eggs, in other words, are in one basket, and so there’s little in the way of fiscal padding, besides the reserve funds that city officials are loathe to spend.

Setting aside the politics of property taxes for a moment, the fiscal squeeze created by the province’s DC crackdown is entirely self-inflicted.

Since 2007, Toronto council has had broad discretion to diversify its revenues under the provisions of the City of Toronto Act (CoTA). David Miller, in his second term, persuaded council to enact the MLTT and a $60 vehicle registration tax, which Rob Ford promptly repealed in 2011. The VRT would have netted $64 million in its first year. If you do the math, it would have brought in almost $1 billion (2022 dollars) or so in the past decade — not chump change, for sure.

Should John Tory bring back the VRT? Absolutely. Will he? Don’t wait up. Would it soften the DC roll-backs? You bet.

In fact, council, without begging the province for permission, could also use CoTA to enact a range of other revenue streams — a cigarette tax, an alcoholic beverage tax, a park space levy, an entertainment and amusement fee, and cordon pricing. According to a 2016 report to Tory’s executive committee, those additional revenues would have brought the city anywhere from $300 to $1.2 billion more per year. Even if you take out the cordon pricing, which is politically inconceivable, the additional annual revenue could reach $900 million annually.

Those estimates are now six years old, so the total foregone amount is, well, a lot.

Tory had a term-and-a-half to build a political consensus behind diversifying the city’s revenues, not as some kind of profligate punishment to its citizens, but rather as a prudent form of risk mitigation — a resilience-based approach understood by small business owners and investment fund managers alike.

Instead, Tory and the conservatives on council pandered, blamed and deflected, and now the fiscal chicken has come home to roost. If I had to bet, the Ford government, Tory and AMO will work out some kind of deal in the next few months to soften the financial and political impact of the new DC rules. But I almost want that effort to flounder because a deal will only serve to perpetuate the real problem, which is Toronto council’s long-standing refusal to insulate the city from the kinds of pressures we’re seeing right now.

For 12 long years, council’s conservatives have indulged in a corrosive form of moral hazard — one that’s served the needs of wealthy homeowners at the expense of not just everybody else, but the city as a physical, social and creative whole. It’s time that practice stops. And if Steve Clark ends up being the guy who calls BS on their game, I’m okay with that, too.