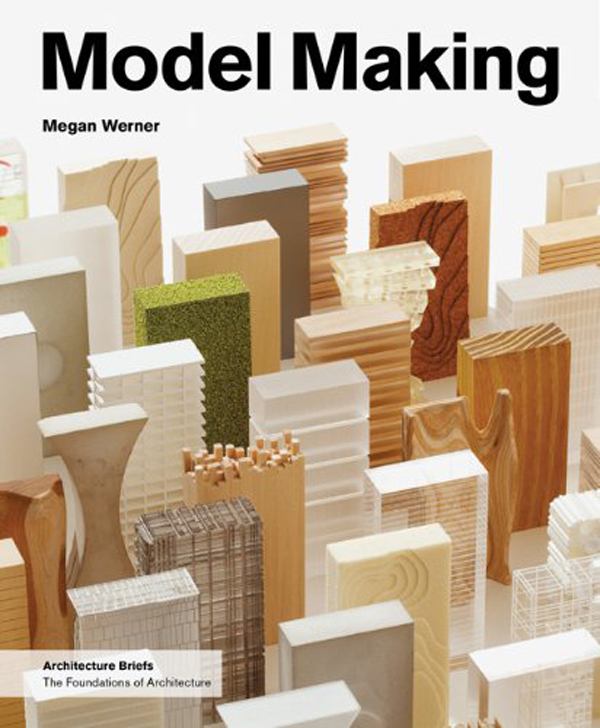 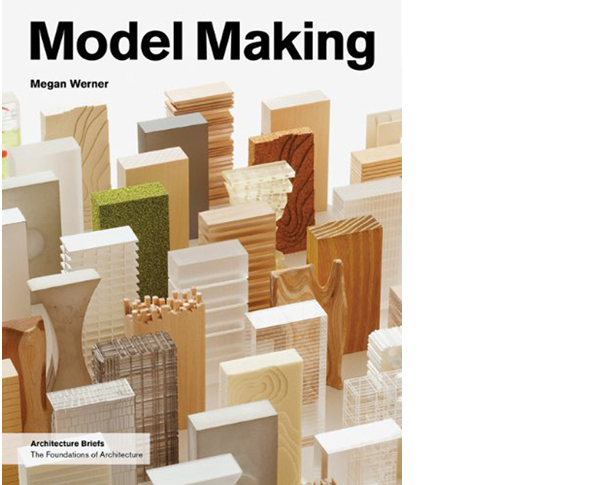 “A physical model is the material embodiment of an idea, and therein lies its magic. By becoming real, it gives life and actuality to an idea in a way that two-dimensional expressions rarely can. While a drawing might prefer, for example, a specific angle of view, the model often has no such luxury. With its three-dimensionality, its reaction to light and materiality a model is perceived in innumerable and unpredictable ways.”
– Emily Abruzzo, From the Foreward

Part of the Princeton Architectural Press’s Architecture Briefs Series, Model Making is a practical guide to building physical models for architecture and design students and young professionals, written by Megan Werner, founder of San Francisco’s zDp Models. Content is organized into clear categories, such as Materials, Tools and Tips & Techniques, making this a great reference resource, with point-form information that’s easy to find and to follow. Visually augmented with simple, beautifully drawn diagrams, and clean, lush photographs Model Making is also a pleasure to peruse for ideas and inspiration.

Tied together with a chapter entitled ‘Concept Blocks,’ the reader is shown the integrated results of the materials, tools, techniques and technologies discussed in other chapters. For example, under the heading of ‘Composite Stack,’ acrylic and basswood sheets are suggested as materials. The technique (shown also by diagram) of using a material thickness related to the scale of an architectural feature, such as the thickness of a floor-to-floor height, is suggested. Werner details the technologies and processes used to create the composite stack (i.e. machine cut, assembled by hand) and even suggests alternative modeling possibilities for showing similar information, here mentioning stacked gatorboard or cardboard, a CNC solid, a composite of profiles or a basswood screen. Two photographs illustrate each concept: one simple, purpose-built model which shows the concept most clearly, and one professional, project-based model cross-referenced in a section that describes the project and firm.

A good balance is struck between high-tech, digitally driven applied technologies, such as laser-cutting and 3D printing, and more traditional hand-modeling techniques. Werner describes both the possibilities and limitations of each method, drawing some conclusions about appropriate use. A glossary of architectural concepts, with model-related terms such as massing, circulation and slab, nicely rounds out the other chapters.

Going beyond the task of acting as a how-to guide, Model Making opens with strong critical writing on the importance of modeling in both the early stages of the design process and as a communication tool. The book is interspersed with a wonderful and interdisciplinary set of quotes on the topics of model making, perception and materiality.

Megan Werner’s Model Making concentrates everything one might learn about making models after years observation and experience as a student or employee in a highly productive architecture studio. It is excellent as an introduction to the physical model, and just as useful as a desk-side reference guide.