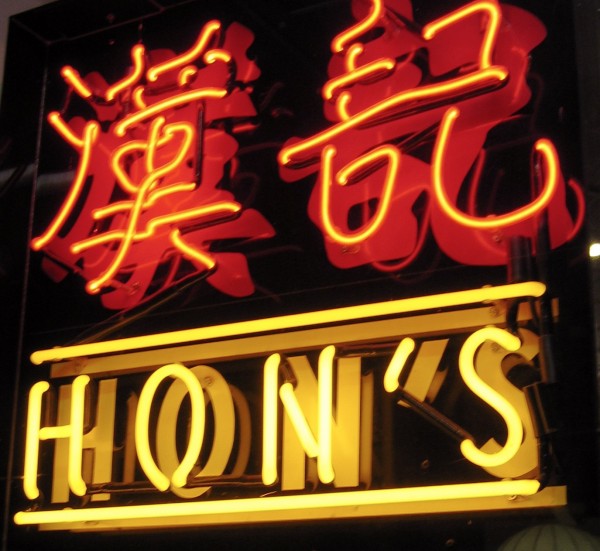 [Spacing Vancouver is proud to present a new ongoing series about how food helps define the city. Dr. Lenore Newman and Katherine Burnett look into the restaurants that represent Vancouver and how its culture has developed. Vancouver’s diverse food scene is one of its defining core defining elements. Like most cities it is often the restaurant and food establishments that drive how Vancouver’s culture is experienced by locals and outsiders alike. This series will examine those restaurants that help define and that developed a change in Vancouver’s food culture towards a place of cosmopolitan flavours over the course of the City’s urban development.]

It is difficult to enter Hon’s Wun-Tun House without being drawn into the frantic rhythms of the space. The cafeteria style dining rooms are filled with fast moving staff bussing impressive quantities of hot food. The open kitchen stations are alive with heat and noise, and the daunting menu is always a little too big to fully grasp before the server asks for an order. Hon’s is a favourite spot any time, but is at its best on a cold rainy night when billows of steam carry the smell of potstickers, wun-tun, and noodles.

When the first Hon’s Wun-Tun House location was opened in 1972, Cantonese food was already an established part of Vancouver’s food scene. Chinese immigration to British Columbia began in the 1850s initially as a result of the gold rush, and later as companies contracted labourers from China. Although some were recruited from California and Taiwan, the majority came from the Chinese province of Guangdong. They brought the Cantonese language and cuisine with them, the latter of which proved popular among immigrants of diverse ethnic backgrounds. 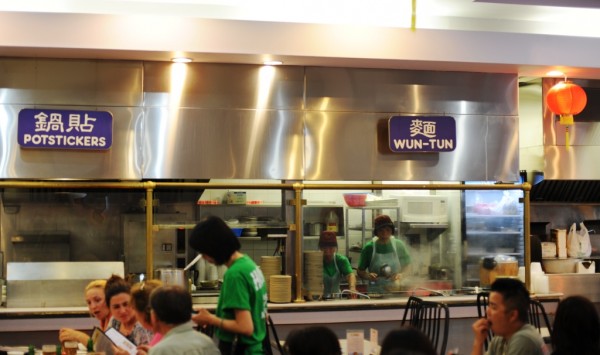 As racist policies were enacted to exclude Chinese workers from most jobs, cooking became one of very few employment options. Cantonese restaurants became some of the most popular dining establishments in the city; the restaurants in Chinatown sold traditional Cantonese cuisine, while elsewhere throughout the city dishes were created to appeal to Western tastes. These latter dishes would evolve into a distinct Chinese-Canadian cuisine.

Increased Chinese immigration in the 1960s, predominantly from Hong Kong and Taishan, renewed the demand for traditional Cantonese cuisine in Vancouver. Hon’s was one of a wave of restaurants that opened in the late 1960s and early 1970s and that specialised in serving Cantonese cuisine to Chinese immigrants. However, Hon’s claims to be – and is widely credited with being – the first restaurant to serve authentic Hong Kong style wun-tuns in Vancouver, changing the city’s food scene with these and other noodle dishes. Other restaurants contest this title, but the popularity of the noodle dishes that Hon’s served was an important factor in their ultimate incorporation into the local repertoire of Chinese-Canadian dishes. 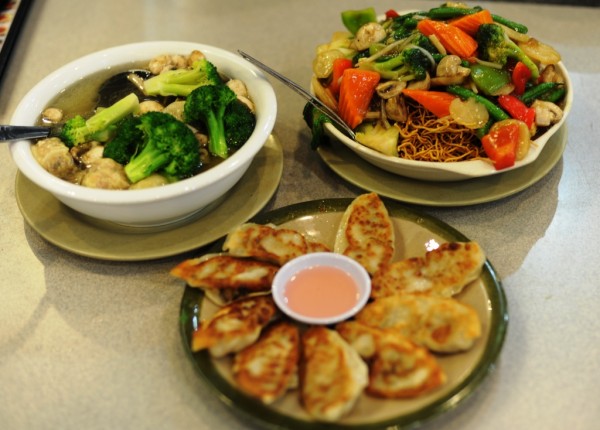 The Hon’s repertoire is strongly routed in Cantonese styles, but expands to include meat-free offerings at the Robson location, the ever popular gyoza like potstickers, and even Chinese BBQ turkey during the holidays. [Image: Lenore Newman]

Hon’s has become a Vancouver icon, and though other Vancouver restaurants serve far more traditional Cantonese fare, Hon’s is important for its influence on Chinese-Canadian food in Vancouver. In additional to its original location on Keefer Street, Hon’s has opened locations on Robson Street and in New Westminster and Coquitlam. Each of these locations has a menu tailored to its local milieu; the restaurant on Robson Street, for example, offers a Buddhist vegetarian menu and has separate kitchens for cooking meat and vegetarian dishes. Offering both traditional Cantonese dishes, including its selection of different congees, and Chinese Canadian dishes, such as the sweet-and-sour menu offerings, this location caters to the vegetarian urbanites who congregate in the Downtown core as much as it does Buddhists

Hon’s draws customers of diverse ethnic background, and is perhaps most famous for its potstickers, which can be purchased frozen at their restaurants and in grocery stores throughout the city. The restaurant has become a local institution, and has built itself a customer base that borders on a cult following. In addition to the different prepared foods that can be bought in its small grocery section, customers can buy t-shirts advertising their patronage of this local legend.

[Katherine Burnett is a writer and researcher focusing on public policy, urban geography, and food security. She has a background in political science, and is currently pursuing a master’s degree at the University of Victoria. Her current research focuses on food security and insecurity, urban governance, and the politics of the food system. When she is not busy with research or writing, Katherine enjoys travelling and exploring different cities.]