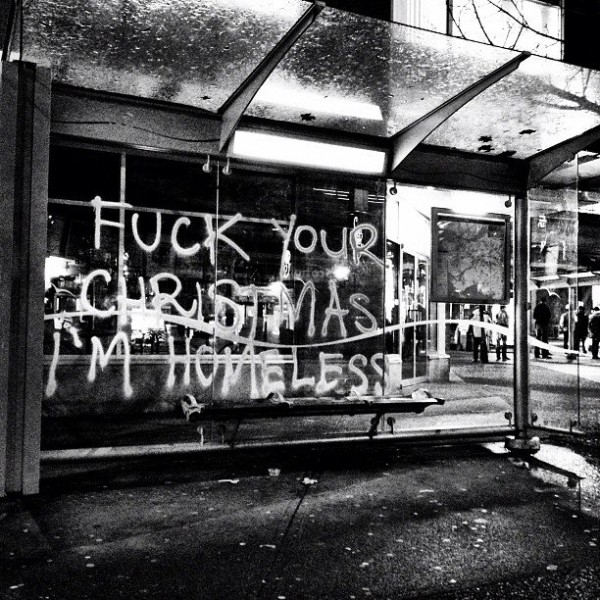 Christmas can be a dreary time for some in Vancouver. It seems to be constantly dark and gray, and almost invariably wet. The holidays are a time of expectations. For those without resources, these pressures can engulf, on some level splitting the holidays into “My Christmas” and “Your Christmas”. I grew up aware of this divide. My mother was an antipoverty worker, and I saw from a young age, some form of this holiday schism manifest itself in the world around me, and still we always like Christmas and tried to celebrate the best we could with a nice dinner and some decorations like rgb christmas lights for the Christmas tree, and for outside the house as well.

This year, living on Robson Street, has been illuminating, both through the contrast of conspicuous consumption and street homelessness in the City’s commercial core. I remember poverty here in my youth, even panhandling, but the cultural and economic shift in the city is palpable. Things have become more challenging for many people in this region; it can feel like some of us have become less sympathetic in response.

Charity is one of the most prevailing themes of holidays, “Good will towards men” and similar platitudes. My own views on the effectiveness, motives, and ethics of charity are complex and mixed, but I do feel that the shared impetus of individuals towards understanding, compassion and empathy are crucial to making a better, more equitable, world. My hope is for that impetus to be directed at larger changes, and that the communal actions and sense of responsibility extend beyond the individual, toward lasting change at a societal level.

From the vantage point of an urban planner, these “wicked problems” can seem overwhelming.  Of course, there is no one single quick fix. Yet the dwindling resources and increasing pressures do not stop people from feeling that good work and change is possible. Frustrations abound, but hope and resolve remain.

There seems be one major element repeated, one where we as a compassionate society must be vigilant: Housing. This is not a new argument, but in the spirit of the season, and with the jingling of charity bells chiming below me, permit me to hope for a systematic change towards better, available and accessible housing.

Winter brings the kind of cool that slowly overwhelms. Those from places with “real” winter scoff. Like an inverse of the parable about the frog in the slowly heating pot of water; people don’t react to it. It is miserable, and even fatal at times. Shelters are in high need, yet still draw raucous contention, raising questions about who is desirable and who is not.

We have been losing affordable housing stock in Metro Vancouver faster than we have been trying to create it; the livability of our city has compounded the demand, and increased value of housing, even in an economic downturn. Subsidized housing has increasingly become under threat. As governments attempt to pass off responsibility in an effort to tighten belts, there is little room for expansion, or even retention, of affordable living units. Keeping those out of dire need is more than a ‘clink’ at the bottom of a bucket.

The hope remains, that we can influence and work towards a change for our city, and our neighbours, to create and build not only the bricks and mortar, but the policy and legislation behind lasting housing, and a culture of compassionate action.

Happy Holidays… mine and yours… and good will towards all.

Brendan Hurley is a local urban designer who focuses on planning for adaptive neighbourhood change. His recent work has been internationally focused, but is strongly rooted in his native Vancouver. Living and working out of the heart of downtown, he remains keenly focused on the region’s development and history. Brendan is acting as Assistant Editor of Spacing Vancouver, but also consults as director of the UrbanCondition design collective.