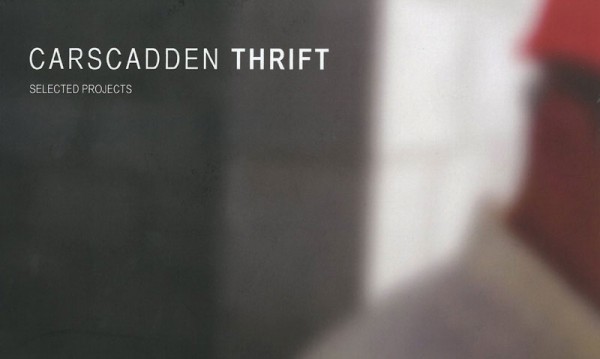 Bruce Carscadden Architect is a small design studio based in Vancouver, Canada. In nearly a decade of practice, our firm has designed and executed numerous building types for a variety of clients. Current work is typically public in nature, with an emphasis on community recreation projects in the Lower Mainland and Interior of British Columbia.

Photographs and drawings lay bare the chaotic reality of making, and while the analogy to a set of contract documents is obvious, it is not superficial. Both require examination in order to fully understand the nature of a project – projects that taken together have the capacity to describe the culture of the studio as well as our attempts to understand questions posited by the constraints of scale, site, and schedule.

We pursue an architecture that is occasionally messy in its creation, but hopefully complex and robust in its result. It is never perfect, so we continue to practice.

In the seventeen years since being selected for the Venice Biennale as Young Canadian Architect, Bruce Carscadden has crafted a modest yet prodigious body of work—along the way creating a small practice in Bruce Carscadden Architect that has won several BC Lieutenant Governor and RAIC Governor General Awards. With the recent successful launch of his new book at Vancouver Special, this likewise modest but insightful monograph presents a sampling of projects, both public and private, in which the firm has continued to practice their thrift.

Half photography of their work and half working drawings, Carscadden Thrift: Selected Projects is introduced by Jim Nicholls, Senior Lecturer within the University of Washington’s Department of Architecture. Referring to Bruce, along with his new partners Ian Ross McDonald and Glen Stokes, as ‘public architects,’ he points out that while the firm has had its share of work doing loft conversions and large private homes, it is in their public work where they demonstrate “an accomplished professional passion for the tectonic and material details of architecture, a humane engagement with a diverse public, and a refined pragmatic utility, tempered with an engaging wit.”

And while they most recently have garnered national attention for their award winning micro-loft rental retrofit of the old Burns Block next to Pigeon Park, it is their multiple award winning triptych of public restrooms at Swalwell, Kensington, and Robert Burnaby Parks (conceived and built in 2009), which has won them over with the public, and consequently opens the book after a brief introduction.

Always, we approach our work with the minimum solution as the constraint, seeking to amplify it without excess complication so the inflection is inherent and empathetic. Our romantic ideal is the prairie farmer whose thrift and curiosity produce work that is direct in its assembly and continually refined through examination and application. The result for the farmer is an improved tool. For us it is a potential for delight that belies the familiar material origins of a space, and an economy that yields luxury in spite of itself.

With photography by Bruce Carscadden, himself, along with Martin Knowles, the book’s editor has keyed some of the shots in the opening pages with keynotes in the working drawings found later on in the book. This, along with the six projects themselves – the aforementioned restrooms, an arena, an aquatic centre, a renovation, and a private residence – gives the book a sense of playful curiosity, portraying and celebrating the details of these projects, no matter how big or small.

Treats in the book include the richly detailed working drawings—in some cases depicted as if on yellow tracing paper—including such details as the ‘wobbly’ masonry wall in the Kensington Park washrooms. Photography of the projects is consistent with the attention applied to graphically depicting the work, as is the case with the exterior and interior shots of the same Kensington restrooms, with the play of light across its broken masonry face. Other shots of the remainder of projects in the book expand in size and function, but all retain the same attention to detail, taking every opportunity to celebrate them.

A thoughtful narrative of this successful office’s growing body of work, Carscadden Thrift is a testament to this firm’s maturity in Vancouver’s challenging urban environs, and is certainly evident as Bruce expands his office to include Ian and Glen. As a portfolio then of Bruce Carscadden Architect, the book reminds us that no work of architecture is the realization of one person, and so fittingly the first and last pages feature a snapshot of the people currently working in the office, along with the names of those who have worked for Bruce over the years – fitting bookends to the wonderful projects within.